“Dancing With the Stars” pros Maksim Chmerkovskiy and Peta Murgatroyd showed off baby Shai Aleksander in a pre-taped “Good Morning America” episode that aired on Friday.

But for those who wonder when little Shai will begin dancing, Chmerkovskiy said, “I hope never.” Murgatroyd shared his sentiment.

Adjusting to life with a baby has been interesting, the couple revealed.

“I’m hoping he’ll look like me and have [Peta’s] personality,” Chmerkovskiy shared.

“We’re wondering how to get him down the aisle,” Murgatroyd said. The couple is set to be married later in the year, approximately two years after their 2015 engagement.

RELATED: “DWTS” pro Peta Murgatroyd opens up about the changes she never expected with her new post-baby body

The happy parents welcomed Shai at the beginning of 2017. 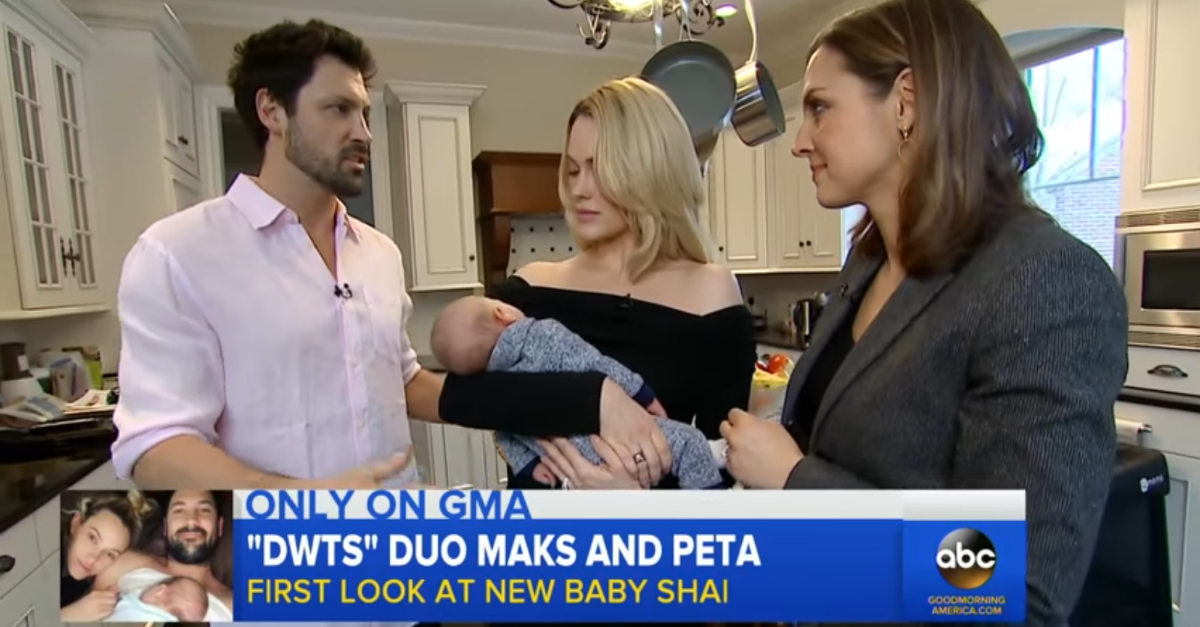