The True Story of Paranormal Legends Ed and Lorraine Warren 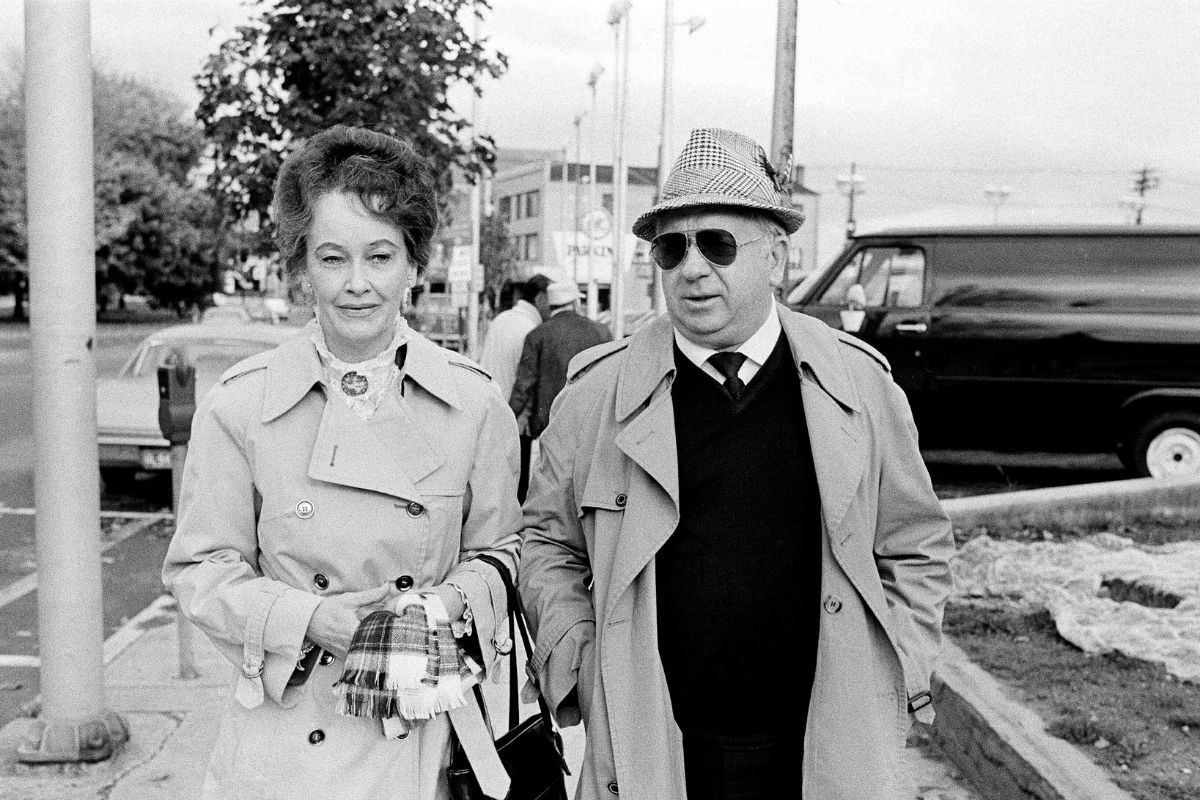 Ed and Lorraine Warren were the real-life ghost hunters whose work became the basis for thrillers like The Amityville Horror, James Wan’s The Conjuring movies, the Annabelle series, The Nun, and more. Using their extensive demonologist knowledge, this historic couple tried their best to help families who were living in haunted houses. And while the horror movies exploit their most famous cases, the true story of Ed and Lorraine Warren’s lives is a goldmine for paranormal obsessives.

Both Ed and Lorraine Warren grew up believing in what they could not see. Ed was raised in a house in Bridgeport, Connecticut that was most likely haunted; he remembers doors opening on their own and puzzling beams of lights. This inspired Ed to teach himself demonology. Meanwhile, also in Bridgeport, a young Lorraine was experiencing peoples? auras from the age of 7-years-old. Although she would not meet Ed until she was 16, their connections to the supernatural realm led to an intense bond between the two. They married as soon as Ed returned from serving in the navy in World War II. The couple founded their New England Society for Psychic Research in 1952.

The haunted occurrences assessed by Ed and Lorraine Warren remain hotly contested by skeptics to this day. But if you take the Warrens at their word, then their writings offer a twisted picture of sinister influence beyond the grave. In 1968, they were called to investigate the Raggedy Ann doll, supposedly possessed by the spirit of a young girl named Annabelle Higgins. The doll eventually found a permanent residence in The Warrens’ Occult Museum in Monroe, Connecticut. The museum officially closed last year due to zoning restrictions (it was set up in the basement of their residential home) but according to the Warrens’ son-in-law Tony Spera, the Annabelle doll remains there…locked tightly in a glass case under max-security.

In 1975, the Warrens became involved with the most hyped case of their career: the Amityville Horror. Publicized through Jay Anson’s book, and later the 1979 film, the story of the Amityville Horror revolves around the Lutz family who moved into a seemingly normal suburban home on Long Island. But the Amityville house had been the setting for a gruesome multiple murder, just a year prior. The previous owner, Ronald DeFeo Jr., shot and killed six members of his family there. And their souls still haunted the premises. A host of paranormal investigators were called, including Ed and Lorraine Warren. The tale was then sensationalized to become the genre classic we know today.

As devout Catholics, Ed and Lorraine Warren purported to use clairvoyant Lorraine’s psychic abilities to sense any spirits. From there, they completed seances and oversaw exorcisms. Although some families said these practices helped, the Warrens’ income mainly derived from the media coverage and Hollywood appeal of their work. At the height of the Warren’s fame — during the 1970s and ’80s — Satanic Panic gripped the nation. Conservative government figures and a vocal Catholic church contributed to widespread (often baseless) fears that devil-worshipping was coming for the kids. This hysteria went hand-in-hand with the mainstream rise of horror movies and heavy metal. Amongst all the moral alarm, the Warrens represented a squarely “good” demonologist approach. They acknowledged the presence of paranormal activity, feeding into the cultural frenzy, from a safely religious standpoint. And it paid off.

Premiering decades after the Warrens’ era of publicity, James Wan’s The Conjuring grossed a $300 million profit in 2013 and provided the basis for the continuation of films in the Conjuring universe (which includes the Annabelle spin-off series). The Conjuring tells the story of the haunting at a farmhouse in Harrisville, Rhode Island which deeply troubled the Perron family residence. Rather than a script sticking strictly to the Perrons’ poltergeist experiences, director James Wan’s film centered on the Warrens’ own investigative attempts. In a formulaic genre, this storytelling approach made for a unique film that set the tone for the 2010’s rise of possession-fueled horror. It also reintroduced audiences to the paranormal investigator’s Ed and Lorraine Warren. After years out of the spotlight, the demonologist couple is once again a household name.

Ed Warren never saw the results. He died in 2006 at the age of 79. His wife Lorraine was a consultant on the Conjuring movies until her death in 2019. She was 92. Their daughter Judy Warren and son-in-law Tony Spera keep up the New England Society for Psychic Research. Although the life work of the Warrens is generally met with skepticism, there is no denying this couple’s connection to the dark places which fascinate so many fans. And their stories will continue to terrify audiences, as long as they are revived and, sometimes, embellished.