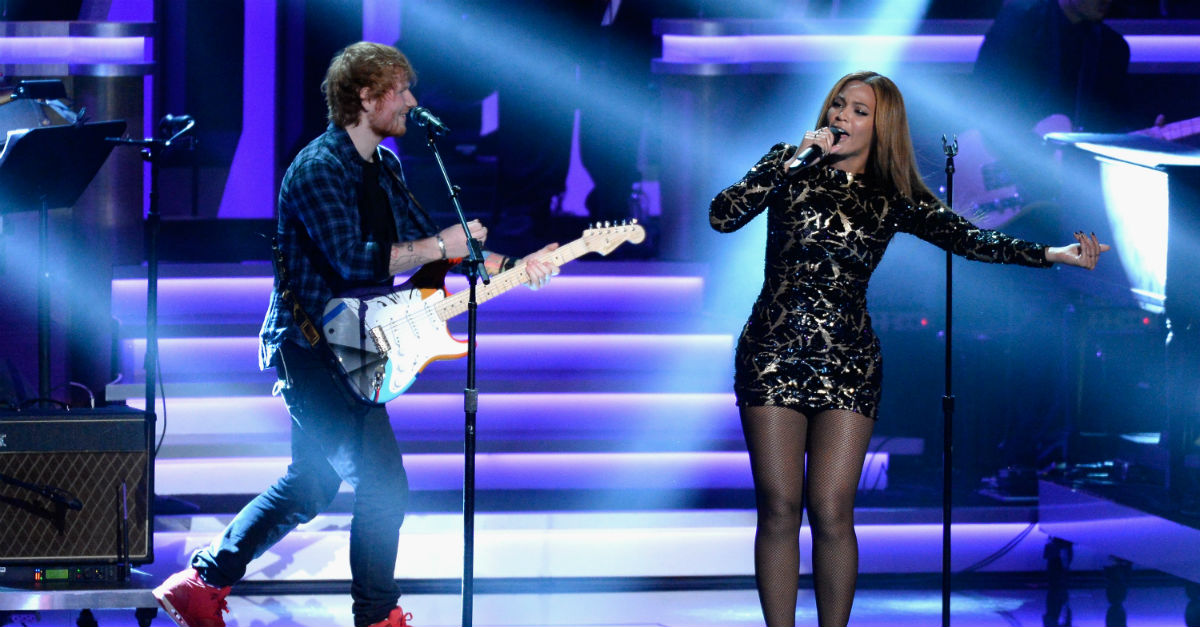 If you try to reach Beyoncé by email, you probably won’t make it very far.

Beyoncé and Ed Sheeran recently overjoyed fans by releasing a single together called “Perfect Duet,” a new take on one of Sheeran’s songs, “Perfect.”

Still trying to get my head around why Ed Sheeran and Beyoncé are doing a song together. Those aren’t two voices I ever thought about being on the same track before. Hopefully it works!

But before the duet could even happen, Ed told Entertainment Weekly that he had to find the right email address.

“I have an email address I email [to get in touch with Beyoncé],” he said. He noted that it “actually changes every week.”

When he found success with her email address, Ed had much to say about the collaborative project:

The original version of ?Perfect? was just an acoustic guitar, and she rung me up and was like, “I don?t know how you feel about this but I?ve taken all the instruments off it, and it’s just gonna be acoustic guitar,” and I was like, “Ah that?s great, because it used to be that!” Then when we got in [the studio] together, it wasn?t so much notes, it was very much like a back and forth thing, like, ?What?d you think of this?” Or “What do you think of this?? And [we were] probably in the studio for four hours.”

Beyoncé’s security measures might seem excessive to some, but the singer has already run into unwanted spotlights despite trying to keep several parts of her life private.

When the Knowles-Carter family recently vacationed in Miami, candid pictures of her newborn twins, Rumi and Sir Carter, were taken and leaked without permission. Their mother shared a pregnancy announcement and one official picture just after their birth but has kept everything else private.

Fans can catch another big moment of Beyoncé’s in the year 2019, when they’ll get to watch the live-action/CGI remake of Disney’s “The Lion King.”

It was announced in November that she would star as Simba’s love interest, Nala. Other confirmed stars for the reboot include Donald Glover as Simba and James Earl Jones as Mufasa, a role with which he is already quite familiar, having played it in the original 1994 classic film.