Ed Sheeran is one of the biggest names in pop music in the world right now. And it’s not hard to see why he’s taken the music industry by storm; the guy can seemingly do anything!

On Friday morning, Sheeran made an appearance on Power 105.1 FM’s hit show “The Breakfast Club” to talk about his new album, but that didn’t mean the conversation was strictly business. Eventually Sheeran was asked about for his take on the rap beef between Nicki Minaj and Remy Ma. For those of you unfamiliar with the feud, Remy released a diss track back in February called “Shether,” in which she lobbed accusations at Nicki of plastic surgery and infidelity (among other things). So Nicki responded with three diss tracks of her own this week.

RELATED: The Teletubbies dancing to Ed Sheeran’s hit song “Shape of You” is unexpected perfection

Discussing the feud, Sheeran said “I really really like Nicki Minaj’s music […] Still, every time ‘Monster’ comes on, I know all the words to it.” Charlamagne Tha God, of course, responded “I don’t believe you,” most likely in order to prompt Sheeran to rap the lyrics on air.

And Sheeran did just that!

Twitter users who were listening to radio show live quickly shared their admiration for Sheeran.

Yo @edsheeran is freaking hilarious 😂😂😂 and talented af!!!! @breakfastclubam @cthagod 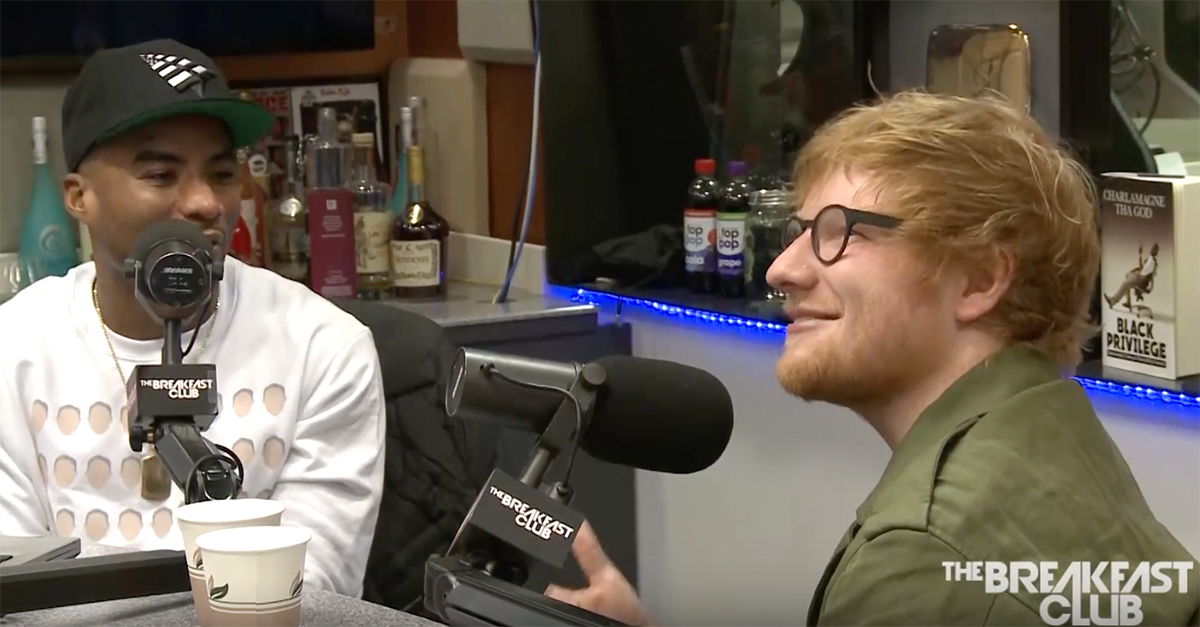