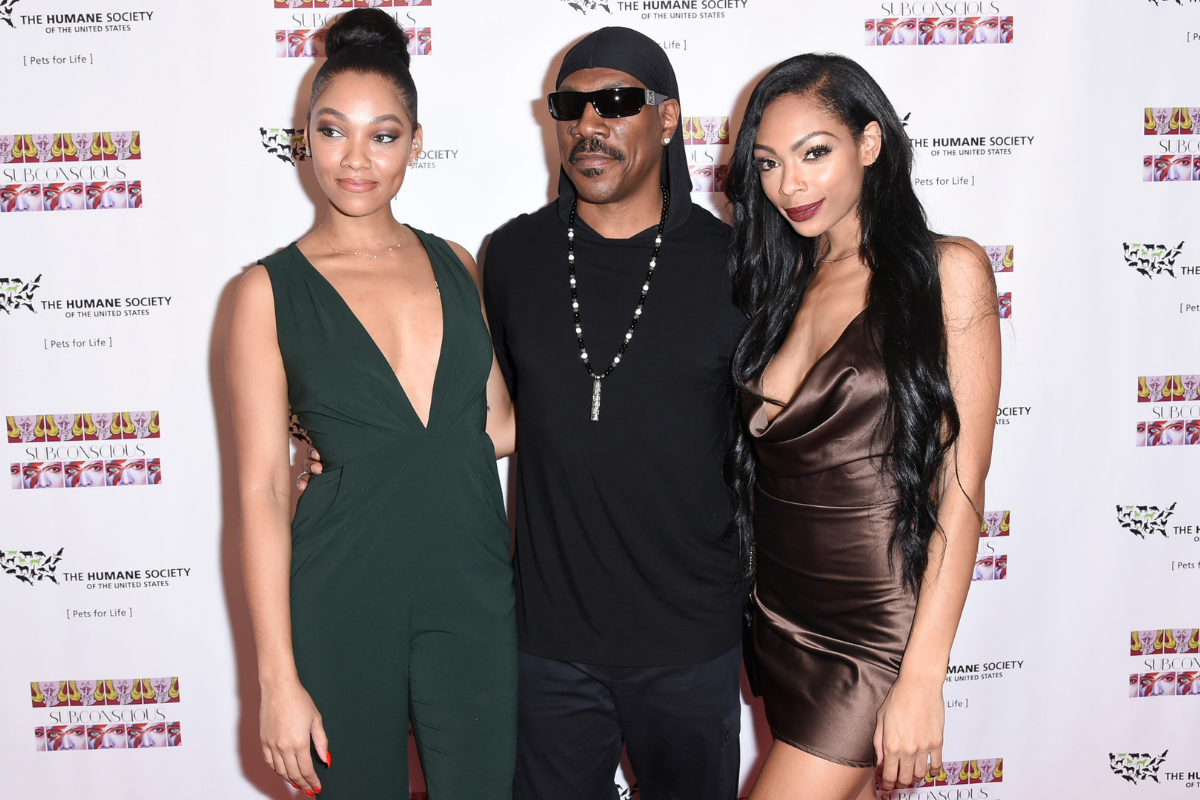 Eddie Murphy is a beloved actor in Hollywood. You are probably familiar with his famous films like Coming to America, Beverly Hills Cop, The Nutty Professor, and his role as a talking donkey in Shrek, but you may not be familiar with his several children he’s had with different women!

Eddie Murphy was born and raised in New York City. He inherited his comedic talents from his father, who was both a transit police officer and an amateur actor and comedian. His father sadly passed away when Murphy was only eight years old. His father was stabbed by a woman, the details are unknown to Murphy. His mother was in poor health and with his father’s untimely passing, he and his brother lived in the foster care system for some time. They eventually were reunited with their mother

Murphy credits his sense of humor to his troubled childhood, making jokes to process the trauma. It worked out for him in the end. The hilarious standup comic made his debut in the celebrity scene as a cast member on Saturday Night Live. He’s gone on to star in several movies, winning several awards and landing Oscar nominations. He went back to his roots with a recent standup comedy special on Netflix.

His career has lasted from the 80s until the present. However, it is his role in fatherhood that seems to be his most demanding! Murphy shares a total of ten children with five different women! His children range in age from toddlers to 30-year-olds!

Eddie’s first child, Eric, was born to his ex-fiance Paulette McNeely in the 80s. The following year, he would welcome another son, Christian. His relationships with both women were short-lived, he married neither of them. His eldest sons tend to stay out of the spotlight, though both Eric and Christian Murphy have had their share of acting roles.

Murphy and Mitchell share a total of five children. Bria, Myles, Shayne, Zola, and Bella Murphy were all born during his marriage to Nicole. Murphy and Mitchell were married in 1993, though they had known each other since the 80s. The couple divorced in 2006. Bria Murphy is a successful actress and art gallery owner who was actually born between Eric and Christian. Bria is a mere four months younger than Eric and less than a year older than Christian!

His daughter Zola has a successful modeling career, while Bella starred alongside her father in his newest film, Coming 2 America. Shayne has an MTV acting credit under her belt and is a successful social media influencer. Murphy’s son, Miles, seems to stay out of the spotlight, unlike his sisters who have become celebs in their own right!

A post shared by Scary Spice Mel b (@officialmelb)

Murphy’s next child, daughter Angel Iris Murphy Brown, is the daughter he shares with former Spice Girl, Mel B. She was born just a year after Murphy’s split with Mitchell. She’s been seen alongside her dad at several A-List events in Los Angeles. Murphey had initially questioned his daughter’s paternity, but a DNA test ultimately proved that he was indeed a father.

Speaking with Rolling Stone about fatherhood, Murphy stated, My whole sh*t revolves around having this peace of mind. It?s peaceful, quiet, that?s my day-to-day. I play my guitar, hang out with my girl. My kids went to their mom?s this week. I?m chilling, no stress. After all these years, I?ve done well, and I?m cool. I feel comfortable in my skin, I?ve saved some paper, everybody?s healthy, my kids are beautiful and smart, doing different things, it?s all good. I?m trying to maintain my shit like this, and do a fun project every now and then.”

While balancing ten children can’t be easy, Murphy’s children have no complaints! From all reports, it seems Eddie does an awesome job of being involved in his children’s lives.