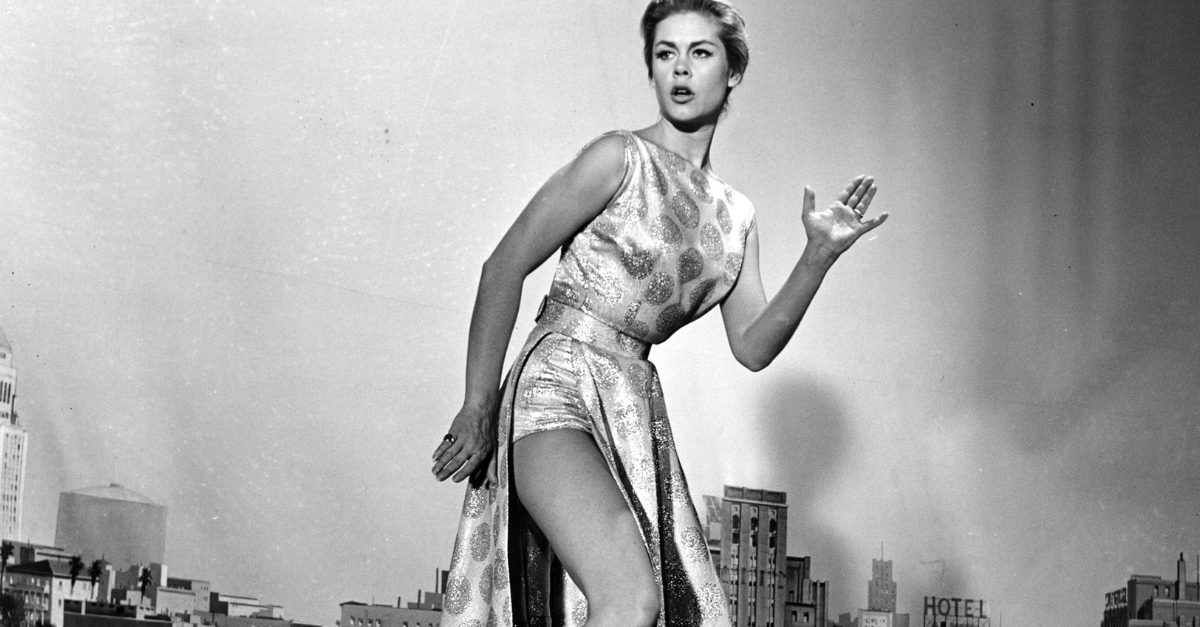 Actress Elizabeth Montgomery was born on April 5, 1933, in Los Angeles, California. Her mother, Elizabeth Daniel Bryan, was a Broadway actress. Her father, actor Robert Montgomery had starred in films and would later give her a start and make her seemingly work for what she wanted most; of his approval. She would go on to be a star on the fantasy sitcom tv show Bewitched.

Elizabeth Victoria Montgomery was in school for 11 years from Westlake school for girls, New Yorks Spence School, and the Academy of Dramatic Arts. As the daughter of Robert Montgomery, she, naturally, wanted to be in his show.  Which she did, but she wasn’t hired on to his tv series, Robert Montgomery Presents, without having to audition like everyone else. Her father was a perfectionist. Following her mother’s footsteps, Montgomery made her debut on Broadway in the 1950s in Late Love and The loud Red Patrick. Her first film was The Court-Martial of Billy Mitchell.

Born to be a Star

By the likes of television shows, in the 60’s she was often spotted guest-starring on Rawhide, 77 Sunset Strip and Burke?s Law, and movies Johnny Cool and Who?s Been Sleeping in My Bed? Before she landed Bewitched, she was on Kraft Television Theatre, Alfred Hitchcock Studio One, Playhouse 90, The Twilight Zone, and making guest star appearances on Riverboat, Johnny Staccato, Wagon Train, and The Untouchables.

Post Bewitched, A Case of Rape was her next move, on NBC TV. It was gruesome, including two rape scenes. She wanted to be done with Samantha from Bewitched. She told them if either of them were cut, she walked. For it, she was nominated for a Primetime Emmy For Outstanding Lead Actress in a Special Program ? Drama or Comedy. Afterward, she was in The Legend of Lizzie Borden, winning another Emmy award nomination, Dark Victory, and Deadline for Murder: From the Files of Edna Buchanan lead.

“A Majority of Two” aired on April 11, 1968. Today we remember Elizabeth Montgomery on the 25th anniversary of her passing. ❤️

Some say Elizabeth Montgomery was actually magic. That magical nose twitch apparently worked on and off-screen, from time to time. Once, according to legend, she caused baseball players who hadn’t made a hit all day strike a home run. Something else magical about her apparently made a bulb blow out every day they worked on the sitcom pilot’s set.

The supernatural comedy watched the chaos that came as they tried to live normal lives while being nowhere near that. Bewitched was one of the most popular shows on the air. The image of Samantha Stephens, permanently attached to the name Samantha Montgomery. Montgomery wanted more than to be Samantha forever.  The show ran from 1964-1972, but she was growing bored on the show, and the “magic was gone” before 1972 had even hit. Unfortunately for Montgomery, she still had time left in her contract. So, ABC cast Elizabeth in Bewitched, The Victim, a TV movie, to shake it up a little. Fortunately for the star, things were shaken because she met Robert Foxworth, her future husband.

Elizabeth Montgomery did her fair share of heart-searching… that is searching for a heart to bind with hers forever. Her personal life consisted of being married four times. The first was to a New York City socialite named Frederick Gallatin Cammann. They married in 1954. However, they divorced a year later because she wanted to pursue her career, and he just wanted a housewife.

Her next attempt down the aisle was with Gig Young, an actor. He’d won Best Supporting Actor for 1969’s They Shoot Horses, Don?t They?. He was a much older man, near in age to her father. They were married from 1956-1963. Young was an alcoholic, which truly weighed on their relationship. Montgomery is lucky to have gotten out of the relationship when she did. In a shocking turn of events, Young shot and killed his fourth wife, Kim Schmidt, and himself in 1978.

Elizabeth Montgomery’s marriage number three was to William Asher, known as Bill Asher. She’d met him filming Johnny Cool in 1963, as he was the director. Asher was also a TV producer. Just as he was juggling different types of work, he was juggling multiple women. At the time when he got Montomgery pregnant, there were multiple women in the mix. He was asked to leave work on The Patty Duke Show and eventually married Elizabeth. Close friends and sources say that he quit running around, and they were happy. He helped shape Bewitched and Montgomery’s character into what the shows was loved for. The couple had multiple kids and was at peace for a while. Unfortunately, they both drifted and had affairs. She films Mrs. Sundance and Legend of Lizzie Borden TV movies, and then her contract and marriage ended in 1974.

Her last husband was actor Robert Foxworth. He was younger, a younger man, and was unfamiliar with her Bewitched work. They dated for twenty years, all the while, he was asking her to marry him. She finally says yes, and in 1993 they married. They never split.

Fans of Bewitched clamored nonstop for the shows return or a sequel… anything to see Samantha switch her nose again and make magic happen. For a while, they were only closest if they read biographies by Herbie J Pilato: “The Essential Elizabeth Montgomery: A Guide to Her Magical Performances” and “Twitch Upon a Star: The Bewitched Life and Career of Elizabeth Montgomery.” Until 2005, a film was made starring Nicole Kidman, Will Ferrell, and Shirley MacLaine. It wasn’t the same, but it was something!