The long lost Kardashian sister Karla Kardashian made her way back to “The Ellen DeGeneres Show” for DeGeneres’s Halloween special to a warm welcome from the costumed audience.

“I don’t know if you remember me but I am Karla Kardashian,” DeGeneres said to the audience. “I am the lesser known Kardashian sister and I’ve got a new baby bump under my lady lumps.”

She turned to the side to show off the big belly and teased the rumor that Kim Kardashian West, Khloé Kardashian and Kylie Jenner are all expecting together. “You know what that means. Either I’m pregnant or I put my butt pad on backwards.”

DeGeneres continued, “This season, all of the Kardashians are having babies or as we like to call them, ‘spinoffs.'”

She told the audience she had “breaking news” and Kourtney Kardashian was also pregnant. That’s when the reality star joined her onstage and greeted her “sister.”

RELATED: Rob and Dream Kardashian get in the Halloween spirit with adorable fall photos

“Stop making up rumors about me. I’m not pregnant,” Kourtney said.

“I confused you with Kendall because Kendall [Jenner] is pregnant,” DeGeneres said as the model walked onstage.

“I’m not pregnant either, though,” Jenner said. “You have to chill.”

DeGeneres told the audience that the family just signed a $150 million deal to keep their show on for another five years adding, “I haven’t gotten my part yet, but I don’t care. I just signed a very big deal. I am the new face of Food4Less. You think of cheap melons, you think of Karla Kardashian!”

But the big announcements weren’t over yet! DeGeneres/Karla Kardashian also announced her “baby daddy” was on live TV.

“The father is Shaquille O’Neal’s cousin, Jalille O’Neal,” she shared with the studio audience. DeGeneres of course was teasing the Kardashian’s love for professional athletes. 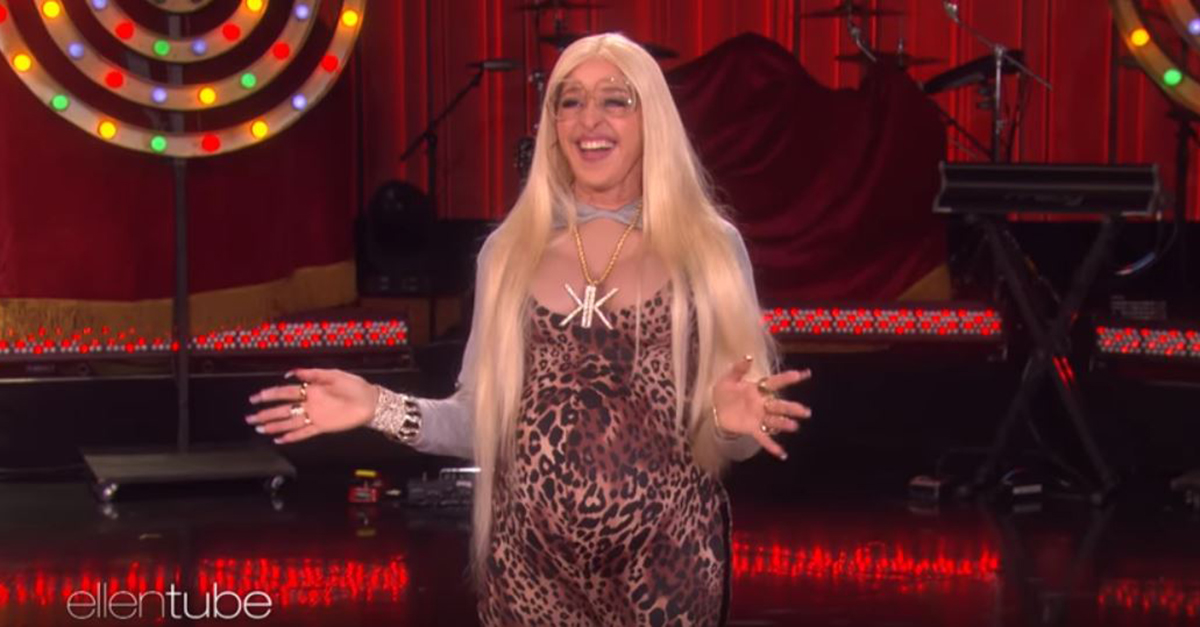