Ellen is back at it again!

On Tuesday, the TV host pulled another hidden camera prank on “Modern Family” star Eric Stonestreet, even after she promised she would never do it again.

“I promised him I wouldn’t scare him again, because we scare him every single time,” DeGeneres told her audience adding that in order to keep the prank alive, she told him she was “playing ping pong backstage.”

As an unsuspecting Stonestreet surveyed his dressing room, a clown popped out of a fake side table and scared the daylights out of him (again.)

“Mother fuckers!” Stonestreet screamed as he watched the clown run out of the room. As soon as the clown was in, DeGeneres popped her head in the doorway to laugh at her victim.

Switching gears, DeGeneres shared a video of Stonestreet pulling into the studio lot on a golf cart.

“It normally would have taken me, in a car, about 15 minutes, but it took me about two and a half hours,” he said. “I love that thing. I drive it all around. And I love pulling up next to Smart Cars and just giving them dirty looks like, ‘How big of a carbon footprint are you leaving?’ And then I try to peel out, but I can’t.”

Stonestreet also gave an update on the future of “Modern Family” and how the cast is handling the uncertainty about the show’s future.

“I think everyone has a real positive attitude. I think we’ll be back — that’s my gut instinct, is that we’re going to be coming back to do more,” he said. “I think everybody wants to do more, but it’s kind of a limbo time for sure. I might be needing a job!” 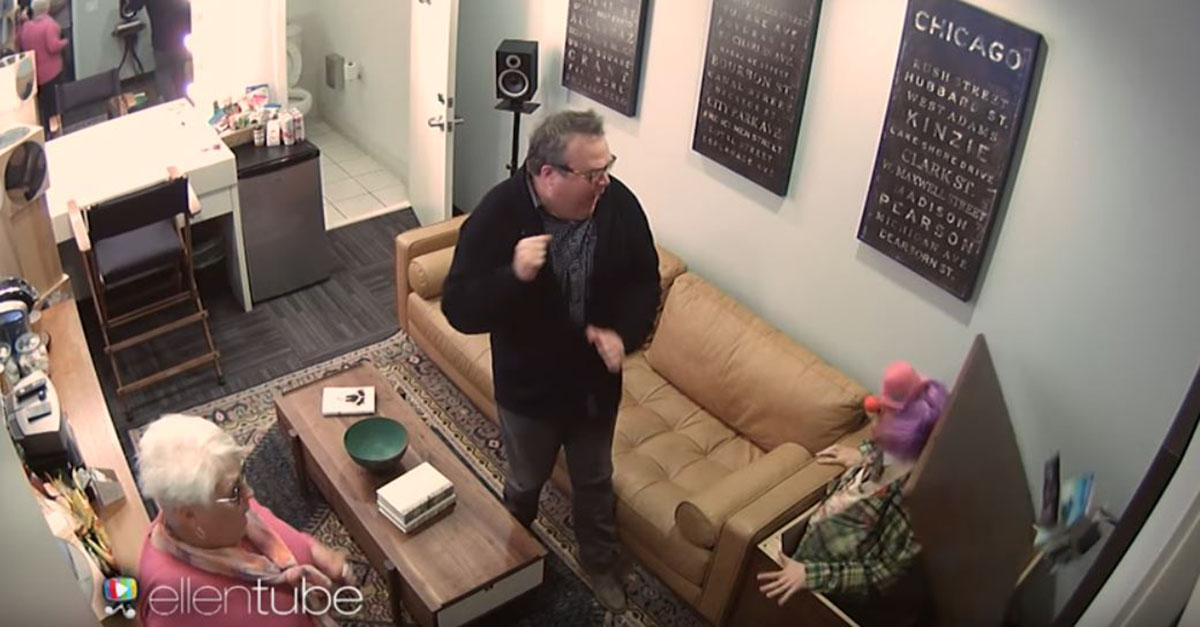