Ellen DeGeneres couldn’t help herself when Jimmy Kimmel appeared on her show on Thursday.

After discussing whether or not he plans to retire (it’s on his mind, but it won’t happen for at least a few more years), DeGeneres taunted the Oscars host with a video from Matt Damon’s recent appearance.

“Jimmy Kimmel is hosting. Which is that, good or bad for you?” DeGeneres asked Damon.

“Well, it’s horrible for everybody,” Damon said. “I have extremely low expectations for his performance on Oscar night and I’m sure that he will live up to them.”

RELATED: Kelly Ripa received a note from her son’s teacher after he brought a somewhat naughty book to school

After seeing the footage, Kimmel had to get a word in.

“That’s tough talk from a guy wearing 11 bracelets,” he said. “He can do whatever he wants, I mean, it’s a free country. But one thing I know that Matt Damon won’t be throwing is an Oscar because he’s not going to win.”

“Yeah, he said when he was here that he was going to throw things at you,” DeGeneres said. “I thought he should because it would create a fun moment in the show.”

“You advised him to throw things at me?” Kimmel asked.

“I just encouraged it. I didn’t give him the advice,” she defended.

Tune in to the Oscars on Sunday, Feb. 26 at 8 p.m. ET to see if the feud between Damon and Kimmel continues. 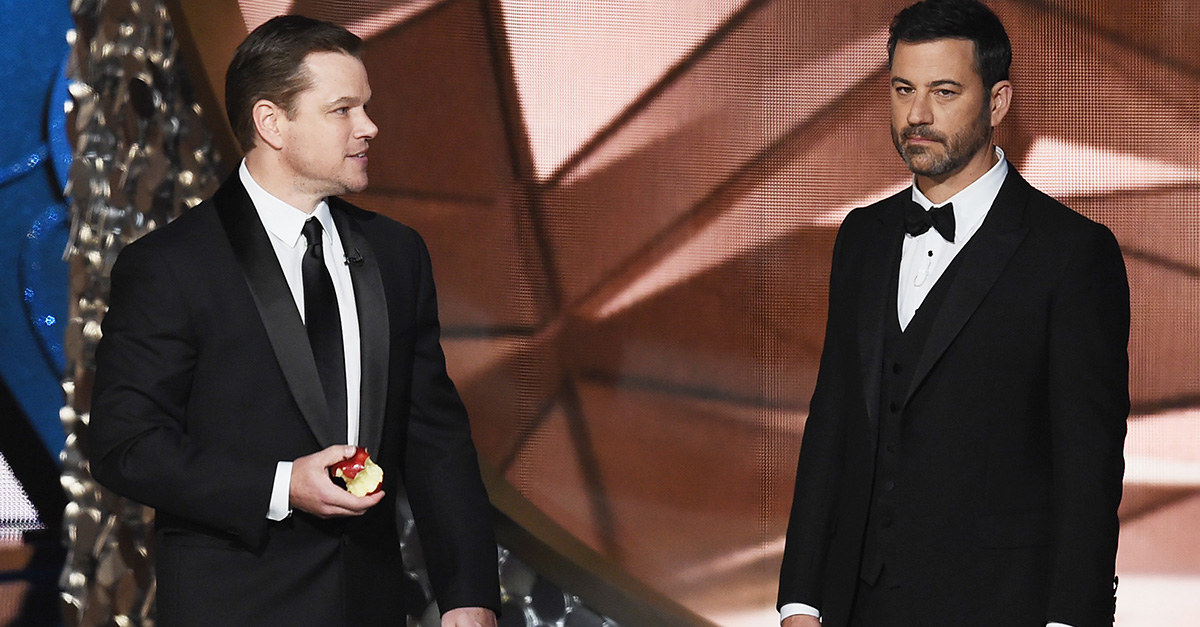