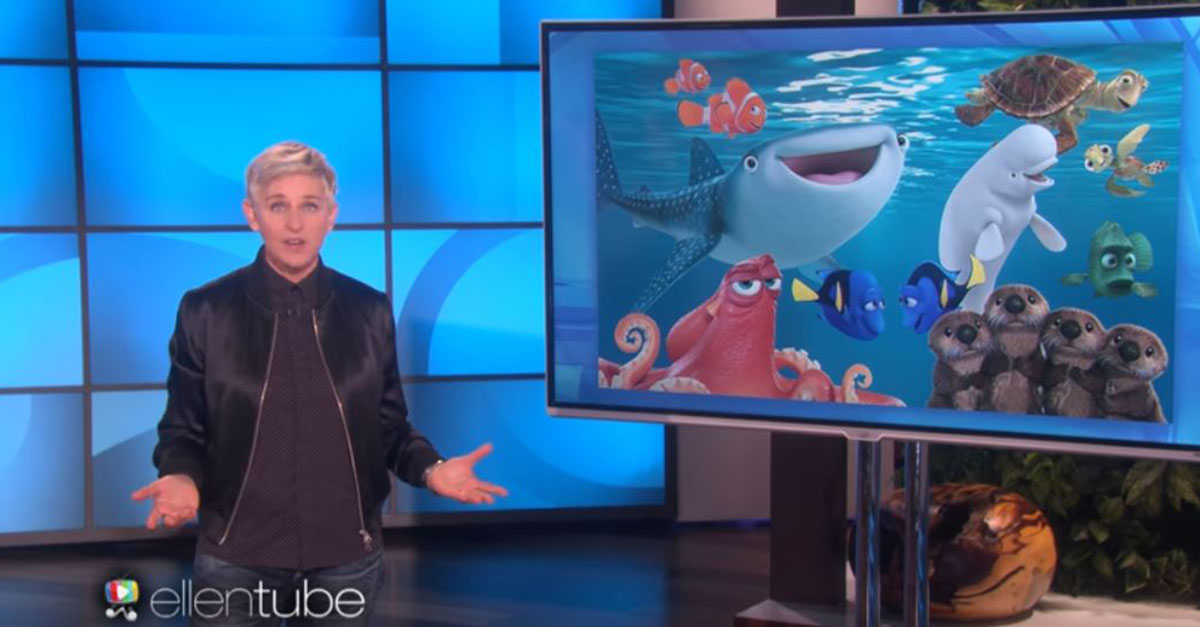 Ellen DeGeneres isn’t going to get political on her show, but she is going to make sure her voice is heard.

This week on “The Ellen DeGeneres Show,” DeGeneres joined a long list of celebrities who have spoken out against President Trump’s refugee ban, using her recent film “Finding Dory” to explain her point of view.

“Thanks for being here. You are the only people not protesting something right now,” she said to her audience before explaining some of the chaos happening at American airports since the travel ban. “Over the weekend, the president gave an order banning people from seven countries from entering the United States, including people with green cards. And on Saturday, the president screened ‘Finding Dory’ at the White House.”

RELATED: Ivanka Trump wore a beautiful gown this weekend, but some people are pointing out something else

Using the plot of the film, DeGeneres explained her opinions about the ban in a lighthearted manner.

“I don’t know what religion they are, but her dad sounds a little Jewish. It doesn’t matter,” she said. “Dory arrives in America with her friends, Marlon and Nemo, and she arrives at the Marine Life Institute behind a large wall. And they all have to get over the wall. And you won’t believe it, but that wall has almost no effect in keeping them out.”

DeGeneres went on to explain that once they got over the wall, Dory was separated from her friends, and other animals decided to get involved.

“The other animals help Dory. Animals that don’t even need her. Animals that have nothing in common with her. They help her even though they are completely different colors, because that’s what you do when you see someone in need. You help them,” DeGeneres said.

Her audience cheered in response.

“So, that is what I hope everyone that is watching ‘Finding Dory’ has learned. Tune in next week when I explain women’s rights using the film ‘Mr. Wrong,'” she said.