Ellen DeGeneres is one of the best interviewers on TV right now. She’s welcomed actors, musicians, athletes, designers, politicians and even social media stars to “The Ellen DeGeneres Show” and always manages to get along brilliantly with her guests.

But she definitely wasn’t ready for Kanye West in full-on Kanye mode.

RELATED: Kanye West explains how he built up his self esteem to the “Kanye” levels they are at today

West has landed himself in hot water on several occasions this year for Twitter rants and feuds, some of the incidents even lead people to wonder if West was in the midst of a psychological breakdown. “Has Kanye West lost his damn mind?” was a question very frequently floated during the early months of 2016. However, avid Kanye fans maintained that he was simply misunderstood, and sharply calculating every one of his actions.

The cheerful host could not have possibly expected what happened next, as Kanye West unleashed a rant so fierce that DeGeneres was left in stunned silence — along with the audience. West touched upon the experiences of his parents, the horrible nature of bullying, personal expression, and even race in America.

If you want to jump right to the good stuff, West gets really into it at about the two minute mark. 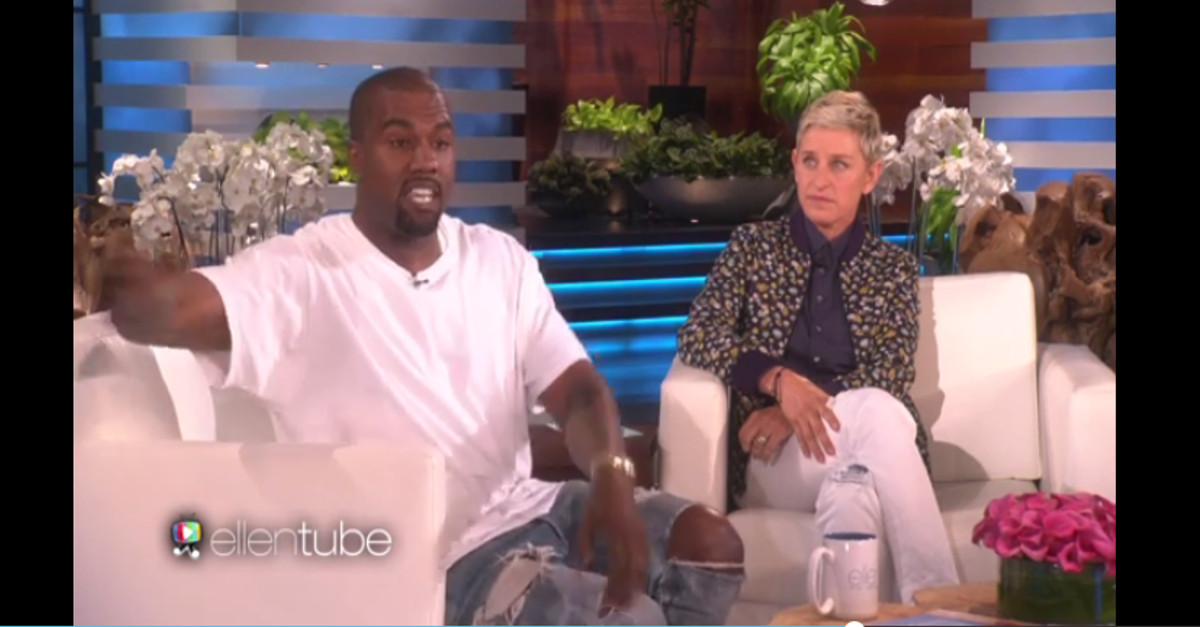