While the world wonders whether Kylie Jenner and Khloe Kardashian are truly pregnant, their mother, Kris Jenner, appeared on the “Ellen DeGeneres Show” and played it coy despite a hammering of questions from the show’s host.

“You’re the best daughter, because you’re so easy to get along with,” Jenner joked about DeGeneres’ character Karla Kardashian. “You do make up a lot of stories, though. You’ve got to work on that. You know, the little fibs every once in a while?”

“You mean mentioning they were pregnant?” Ellen asked, feigning innocence, to which Jenner replied, “Yeah!”

RELATED: Ellen DeGeneres brought back her Karla Kardashian costume and had a big announcement

“But you have lots of pregnant children right now. You do. You have a whole bunch of them,” DeGeneres said as Jenner coyly smiled at the audience and said, “Oh, I can feel where this is going. She’s trying to trick me into confirming pregnancies.”

Throughout the segment, DeGeneres continued to try to trick Jenner into just that. While speaking about the new contract for “Keeping Up With The Kardashians,” Jenner mentioned that she’s so excited for the next season, which they’re currently shooting.

“When they announce who’s pregnant—who’s really pregnant,” DeGeneres joked about the season.

DeGeneres wasn’t done there though. She went on to bring up the fact that Khloe Kardashian refers to her boyfriend, Tristan Thompson, as “daddy” on social media, wondering if that’s a hint that they’re expecting a child together.

RELATED: Kourtney and Kim Kardashian’s costumes slayed for Halloween. Can you guess who they are?

“Well, you know. It’s like, ‘Who’s your daddy?’ Maybe it was more sexual,” a blushing Jenner theorized. “I don’t know! Maybe!”

“That’s gross coming from you. That’s your daughter!” DeGeneres shot back. “It’s just easier to say, ‘Yes, she’s pregnant.’ That’s what you should just say.” 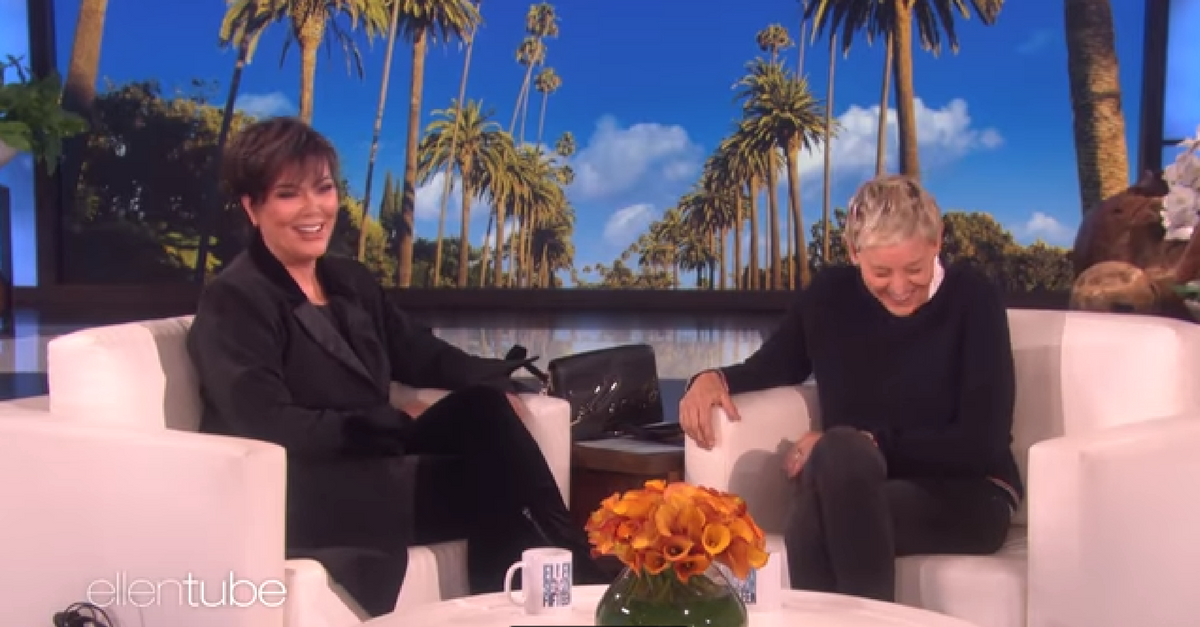