Khloé Kardashian fought hard to keep her cool when she appeared on “Ellen” this week.

Ellen DeGeneres relentlessly tried to get Khloé, 33, who’s expecting her first child, to reveal whether Kylie, 20, was expecting as well.

RELATED: Khloé Kardashian has a surprising name in mind for her baby on the way

Khloé cooly responded, “What do you mean? I don’t know what you’re talking about. C’mon, Ellen.”

But Ellen was convinced.

“She must be pregnant! There’s too much secrecy around it,” Ellen said. “Look at your eyes … I can tell Kylie’s pregnant. … I will make a bet right now that she’s pregnant.”

Pregnancy rumors speculating about Kylie bubbled up starting in September. PEOPLE reports numerous sources have confirmed the pregnancy, but no one from the Kardashian or Jenner families have spoken about it.

On Instagram, Kylie’s photos are carefully cropped as to not show any belly. She has also stopped appearing publicly

“Kylie wants to disappear and be out of the spotlight and focus on her health and happiness,” a source told PEOPLE. “She isn’t going to publicly address her pregnancy until she gives birth. She’s not doing any public appearances and just wanted to take six months off.” 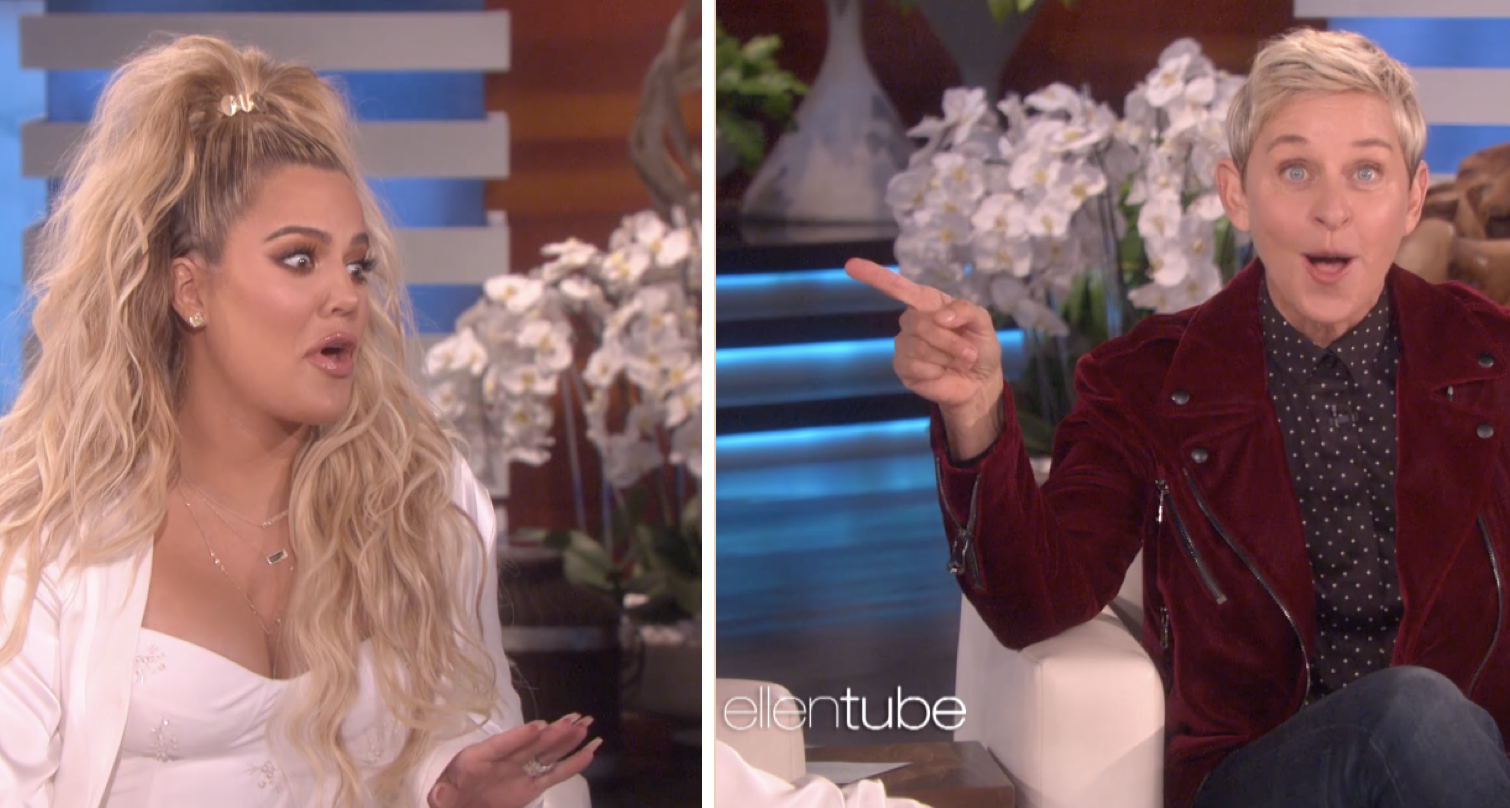