Alright, if you are one of those individuals that always cries for everything and anything, then I suggest you don’t watch this commercial. Because let me tell you, it hit me straight to the core. Mainly because I love Elton John, of course, but also because of the message behind it.

Throughout the years, John Lewis & Partners have been known for their popular Christmas commercials that make us all want to hug the person next to us every time we finish watching them. Although this was from two years ago, I thought everyone should see it, because well, it’s beautiful. The commercial stars none other than Mr. Elton himself, titled, “The Boy and the Piano”, which is exactly what it sounds like. The commercial shows the story of how the power of one gift manages to inspire, change, and influence that person.

The commercial begins in the present-day and works backward chronologically throughout the artists’ life. It follows his famous hit, “Your Song” sung at various points in his life showing the singer playing at different stadium arenas, and, private planes, schools auditorium, recording studios, and different venues. In a way, one can see the different eras featured in a different recording, showing us music evolution throughout the years.

The storyline stops the moment (little) John receives a special gift from his mother on Christmas morning. Clearly, it shows how the 71-year-old legend grew up being the way he is, with the help of, you guessed it, one gift that changed his life. Check out the commercial below, but don’t’ say I didn’t warn you! Grab those tissues!

I know, I told you it was a tear-jerker! In case you want to see how I reacted…click here! Who doesn’t love Elton John, am I right? Anyway, in case you were wondering what the wonderful man was doing these days, besides starring in commercials, Paramount Pictures released his biopic Rocketman this year Starring Taron Egerton as the living legend himself, the film also featured Jamie Bell, Gemma Jones, Richard Madden, and Bryce Dallas Howard.

Rocketman was based on “a true fantasy” which featured moments in the star’s life that defined who he is a person and a musician. It grossed $195 million worldwide with its budget being $40 million! Safe to say it did pretty well. It also received quite some good reviews from critics thanks to Egerton’s performance, the costume designs, and musical numbers! 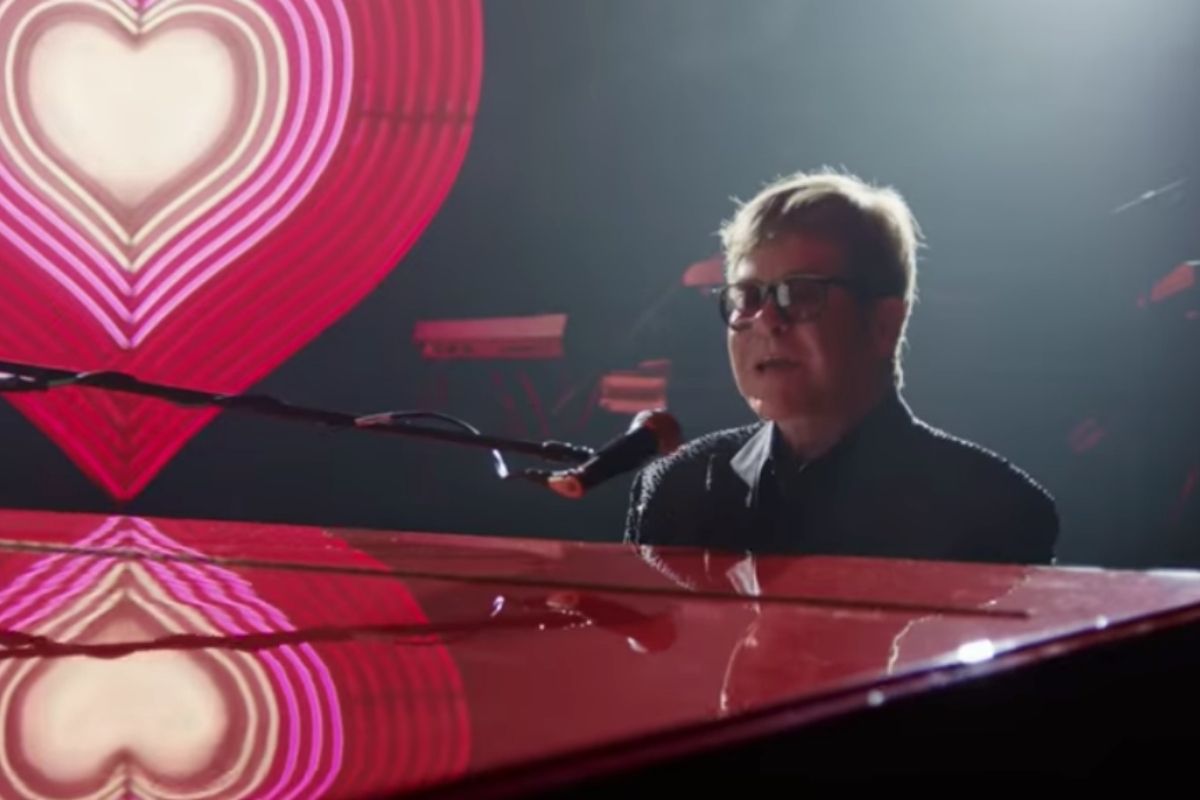