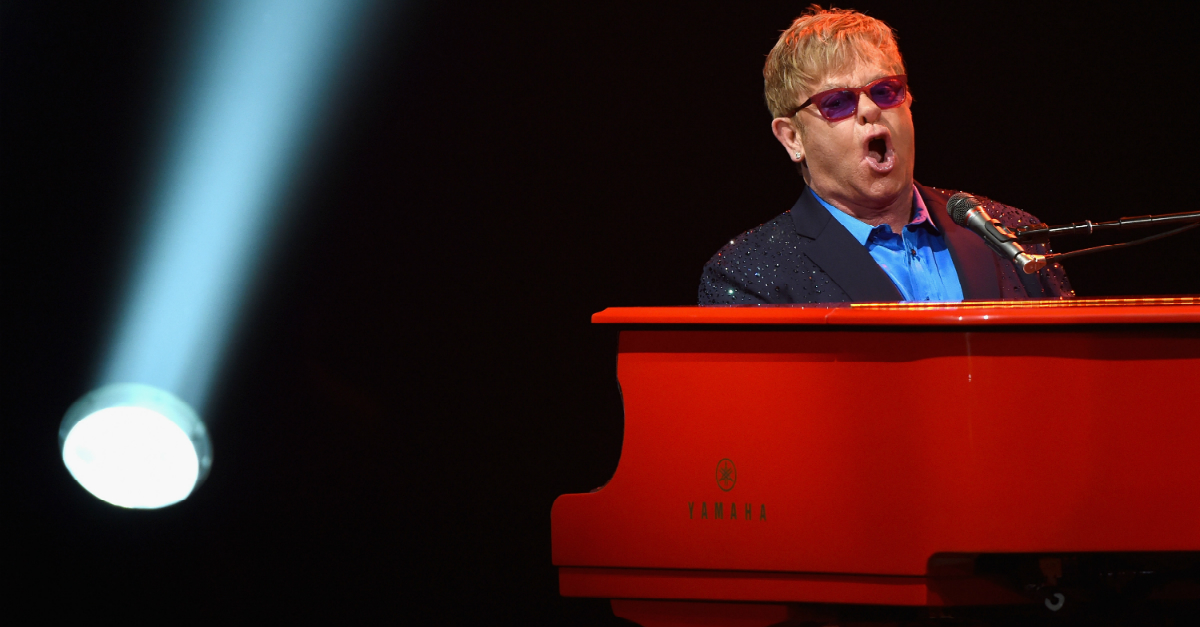 Rock legend Elton John recently brought his own concert to a screeching halt when his piano refused to behave itself, and as this TMZ footage shows, he handled the whole thing like the seasoned veteran he is — by swearing incessantly!

During a reliably rousing rendition of his 1975 hit “Philadelphia Freedom,” the keen-eared Sir Elton noticed that his piano sounded a bit dodgy, so he ceased playing mid-song to address the situation.

“Hang on, hang on,” he says as he attempts to alert his roadies of the issue. “Something’s gone wrong here.”

Thankfully, Elton’s audience consisted of adoring fans who understood that sometimes, stuff just doesn’t work like it’s supposed to to, so they cheered him on throughout the ordeal.

RELATED: Fans of The Spice Girls are freaking out over a possible reunion very soon

“C’mon you assholes,” the impatient Brit jokingly yelled at his crew as they struggled to rectify the fiasco. But ever the gentlemen, Elton was very apologetic: “Sorry about this,” he told the enthusiastic crowd. “But I can’t play it when it’s not sounding well,” he added. “I don’t want you to have anything but 100 percent perfection here, OK?”

As you can probably imagine, it didn’t take very long for the profanities to start flying: “Fix this for fuck’s sake!” Elton yelled.

The video ends before the situation can be resolved, but we’re assuming everything turned out okay.

And in case you were wondering, this is how it’s supposed to sound: