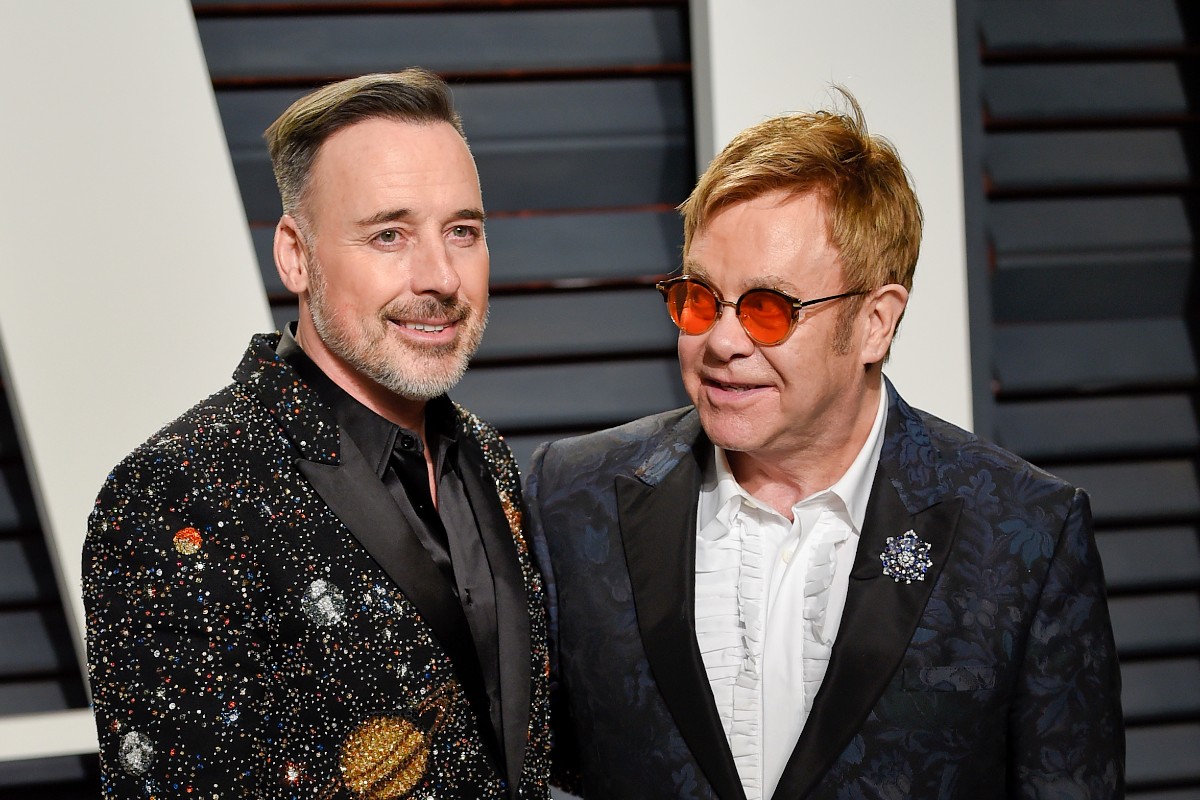 Almost 10 years after his marriage to his ex-wife Renate Blauel, Sir Elton John met his future husband David Furnish in 1993. At the time, the pop star was finishing up his third year of sobriety after more than a decade of drug and alcohol abuse, which was chronicled in detail in his Oscar-winning Hollywood biopic, Rocketman.

Before Furnish, “just about every relationship I ever had was involved with drugs,” Elton remembers. The singer-songwriter attributed his marriage to Blauel to his addiction, noting in an interview with the Los Angeles Times, ?Even though I knew I was gay, I thought this woman was attractive and that being married would cure me of everything wrong in my life.” John and Blauel’s marriage lasted only four years.

When he met Furnish, the Grammy-winning musician was eager to rebuild a new sober life and expand his social circle. He decided to host a dinner party at his estate in Windsor, England. ?I wanted to meet new people so I rang up a friend in London and said, ?Could you please rattle some new people together for dinner here Saturday??? John recalled in an interview with Parade. One of those new people happened to be Furnish, an advertising executive who reluctantly agreed to accompany a friend, certain that the dinner party would be boring.

Instead, it was fireworks. John stated, ?I was attracted to David immediately. He had a real job, his own apartment, a car. He was independent. I knew he was the one because he is not afraid of me,” he added. “He always tells me exactly what he thinks.?

Who is David Furnish?

David Furnish is a native of Toronto, Canada. The son of an accountant, Furnish was working as an advertising executive for Ogilvy & Mather when he met John. Over the course of the marriage, Furnish worked hard to become an accomplished filmmaker, director, and producer. His movie credits include Pride and Predator, Gnomeo and Juliet, and It’s a Boy Girl Thing, as well as John’s documentary Tantrum & Tiaras.

John proposed to Furnish after they’d been together for more than 10 years. They first entered into a civil partnership but converted the partnership to a marriage when Britain legalized gay marriage in 2014. Today, John and Furnish are the father of two sons, Elijah Joseph Daniel Furnish-John and Zachary Jackson Levon Furnish-John. Recently, John announced that he would be retiring from touring to spend more time with his family. The couple works together on behalf of the Elton John AIDS Foundation and were honored with the Human Rights Campaign Equality Award in 2014.

Watch: This Elton John Christmas Commercial is a Real Tear-Jerker