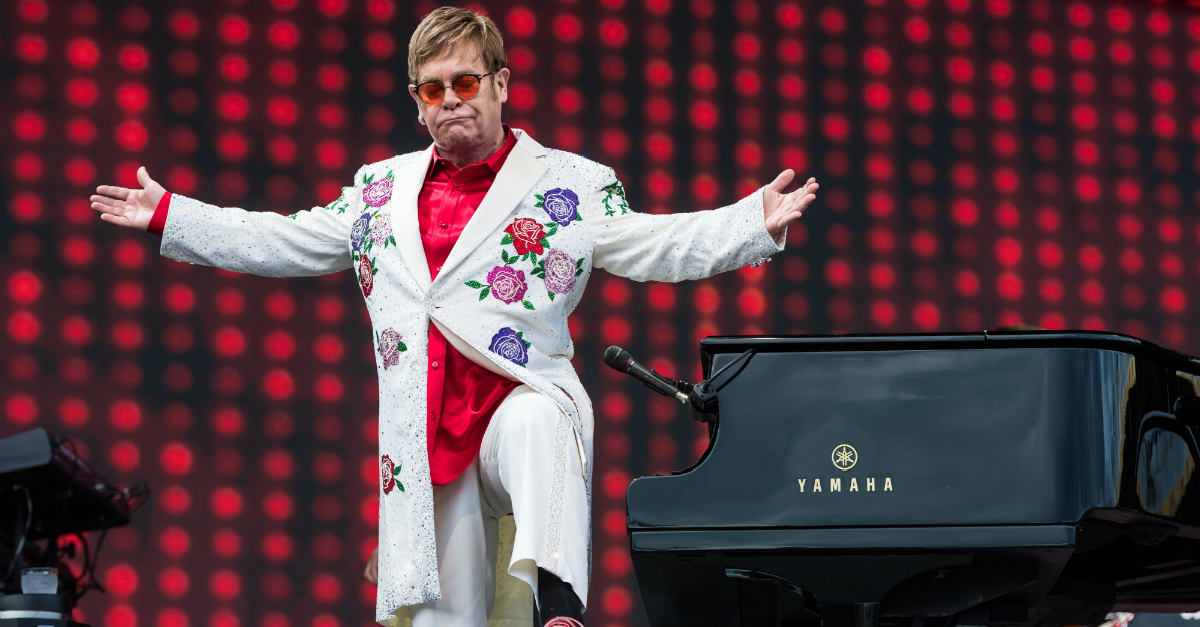 Legendary British rocker Sir Elton John is set to make an announcement about the future of his career at a press conference on Wednesday, with several publications speculating that he will announce his retirement from touring.

U.K. tabloid The Mirror has reported the 70-year-old will announce his final world tour.

A video posted on his Twitter page said he was “embarking on the next phase of his creative journey”.

The 90-second video said: “On August 25, 1970, Elton John made his U.S. debut in a legendary, six-night, sold-out run at West Hollywood’s Troubadour.”

“Five decades later, he continues to be a creative force moving faster than the speed of culture. Now Elton’s embarking on the next phase of his creative journey, and it will be every bit as surprising and powerful as his first performance almost 50 years ago.”

A wrinkle in time. Past meets present.

Based on the tweet, it seems likely that John will also announce a new business venture or musical project.

John was forced to take some rest last year when news of the his hospitalization rocked Hollywood after he canceled all of his upcoming Las Vegas shows The Colosseum at Caesars Palace through May 2017.

According to reports, John was hospitalized and treated in the Intensive Care Unit for a ?rare and potentially deadly? infection.

Following news of the hospitalization, fans poured their hearts out to the singer, who later reached out on Twitter and thanked everyone for the support.

Woke up to an avalanche of well wishes. Thanks to everyone for reaching out. I'm resting well and looking forward to getting back on tour. pic.twitter.com/zwTKvt1jn7

A few months later, John was back to his notoriously cranky self when he brought his own concert to a screeching halt because his piano refused to behave itself, and as this TMZ footage shows, he handled the whole thing like the seasoned veteran he is ? by swearing incessantly!

During a reliably rousing rendition of his 1975 hit ?Philadelphia Freedom,? the keen-eared Sir Elton noticed that his piano sounded a bit dodgy, so he ceased playing mid-song to address the situation.

?Hang on, hang on,? he said as he attempted to alert his roadies of the issue. ?Something?s gone wrong here.?

Thankfully, John?s audience consisted of adoring fans who understood that sometimes, stuff just doesn?t work like it?s supposed to to, so they cheered him on throughout the ordeal.

?C?mon you assholes,? the impatient Brit jokingly yelled at his crew as they struggled to rectify the fiasco. But ever the gentlemen, John was very apologetic: ?Sorry about this,? he told the enthusiastic crowd. ?But I can?t play it when it?s not sounding well,? he added. ?I don?t want you to have anything but 100 percent perfection here, OK??

As you can probably imagine, it didn?t take very long for the profanities to start flying: ?Fix this, for fuck?s sake!? John yelled.

The video ends before the situation was resolved, but we?re assuming everything turned out okay.

And in case you were wondering, this is how it?s supposed to sound: