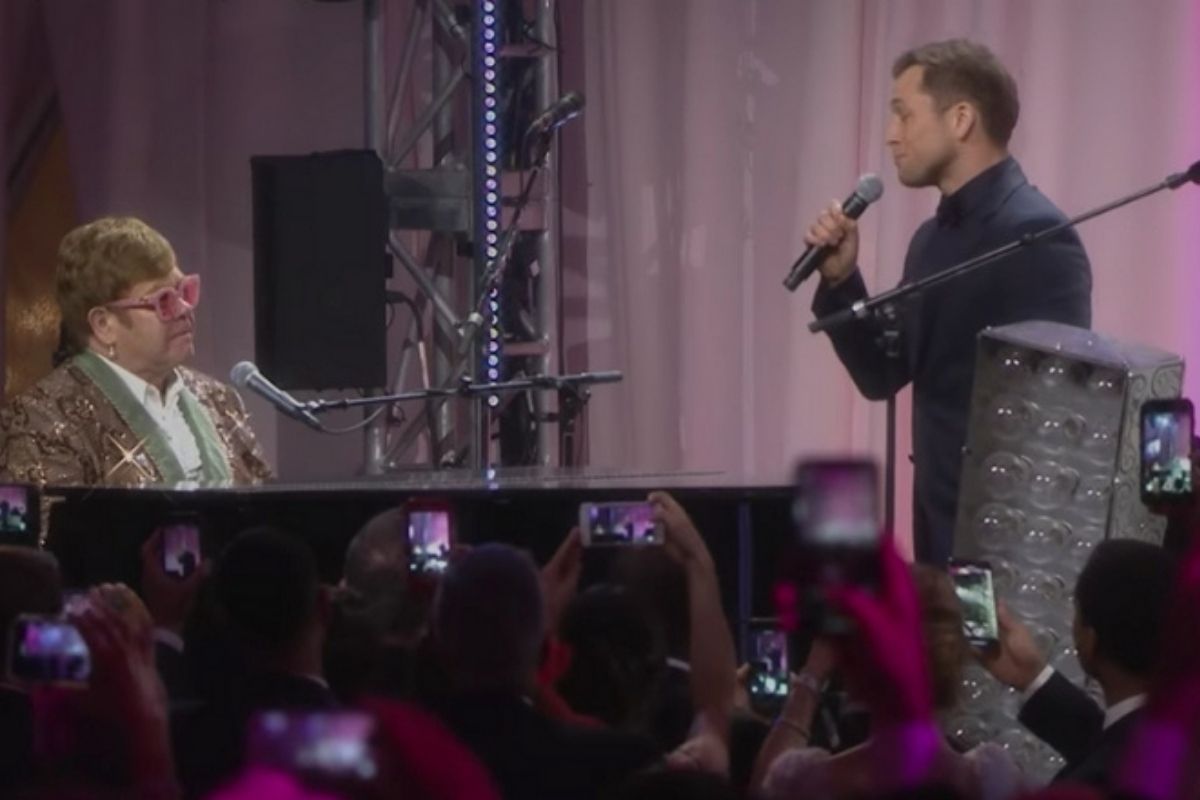 As if we needed another reason to love Sir Elton John, the “Your Song” singer was the star of the night at the Oscars after-party back in 2019. During the annual Elton John Aids Foundation Academy Awards viewing party, John and actor Taron Egerton, who is playing Sir Elton John in the upcoming biopic film “Rocketman,” decided to surprise the crowd with a special duo.

The singers took the stage to belt out the fan-favorite hit “Tiny Dancer” as everyone watched in awe. “Rocketman”, directed by Dexter Fletcher, follows the early years of John’s career. The film stars Jamie Bell as long-time writing partner and lyricist Bernie Taupin, Bryce Dallas Howard as the singer’s mother, and Richard Madden as his first manager.

The performance was said to be impromptu after Egerton asked John to join him onstage during the auction. Of course, John accepted, playing the piano, and accompanying Egerton towards the end. Honestly, it’s surprisingly scary how Egerton sounds like Sir Elton John, no wonder he is was chosen to play the singer in Rocketman. It’s no secret that biopics are making their way around the globe, after “Bohemian Rhapsody” won several prestigious awards the year it was released.

“Rocketman” was released on May 16, 2019, and has songs by John, each one expressing an important step in his life and career following his life as he adjusts to fame. The film tells the story of John in his early days in England as a prodigy at the Royal Academy of Music, through his musical partnership with Taupin. Fun Fact: Elton had originally picked Justin Timberlake to play him, but after several auditions, Egerton was cast in July 2017.

The film went on to gross a whopping $149 million worldwide against its $40 milling budget and also received positive reviews from several critics, praising Egerton’s performance. The film made history by being one of the first by a major studio to include a gay male sex scene. For his brilliant performance, Egort received several nominations including the Golden Globe Award for Best Actor ? Motion Picture Musical or Comedy, BAFTA Award for Best Actor in a Leading Role, and Screen Actors Guild Award for Outstanding Performance by a Male Actor in a Leading Role.

Editors Note: This article was originally published on February 25, 2019.