In an interview with W Magazine, Lawrence and Stone talked about how their friendship blossomed after Woody Harrelson gave Stone’s number to Lawrence. They texted back and forth for about a year before actually meeting in person.

RELATED: Kym Johnson Herjavec may be eating for three these days, but she’s still keeping busy in the gym

Little did they know they had one mystery man in common.

“We both had the same stalker. His name was John the Orchestra Guy. He would ‘accidentally’ text us,” Lawrence said.

“He wasn’t really a stalker,” said Stone. “He was this guy who had a lot of people’s numbers. He must’ve worked at a studio or as an agent’s assistant or something. He texted me and said, ‘Hey, Alex,’ making up a name. ‘I’m running late on my way to the sound stage. Can you warm up the orchestra for me? Make sure the orchestra’s warmed up for me.’ It was always about the orchestra. ‘Can you text me back and let me know you get this? John.'”

Moments before meeting in person, Lawrence had a startling revelation.

“So then we were finally going to meet. She sends me her address, I drive over, and on the way over I’m like ‘Oh my God, what if this is John the Orchestra Guy?’” Lawrence said.

“We had never spoken on the phone we just trusted it was each other,” Stone added.

Luckily, they had nothing to worry about and ended up hitting it off. Now, they’re best friends.

“You get me,” Lawrence told Stone. 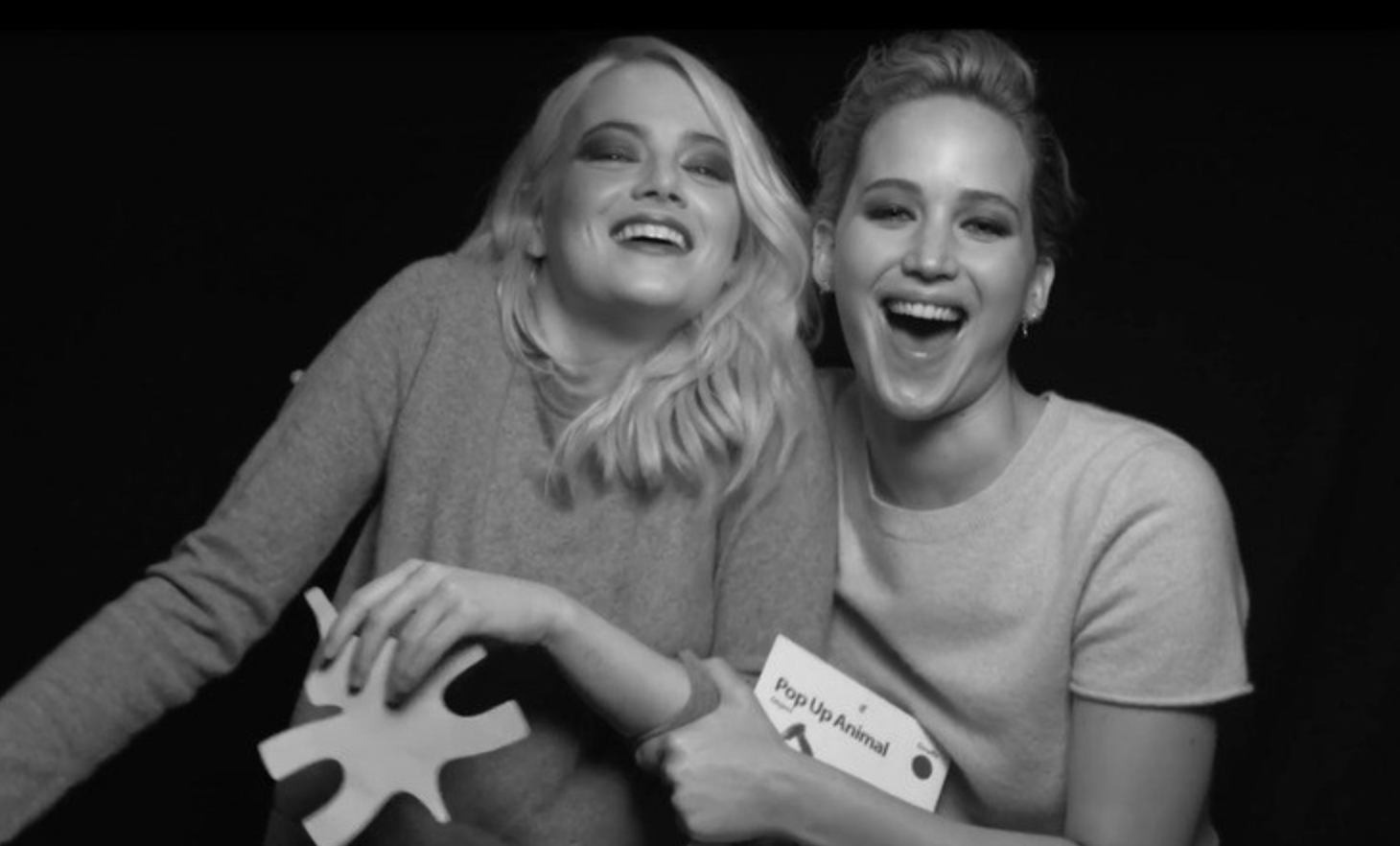