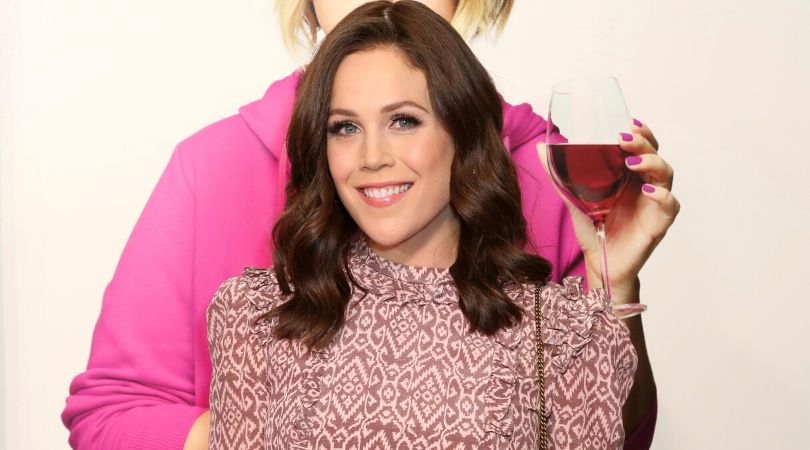 Erin Krakow is an American producer and actress known for Hallmark Channel movies and Lifetime television productions. Originally From Philadelphia, Krakow grew up in Wellington, Florida. She attended the Alexander W. Dreyfoos Jr. School of the Arts in West Palm Beach, Florida and later on at Juilliard School in New York City. This is where her acting career began, on the stages of Juilliard. She acted in The Importance of Being Earnest, Steel Magnolias, and George the Fourth.

Throwing it back to Season 1 in honor of @johannahnewmarch’s birthday! Twinning in aprons, curls, & less than thrilled expressions! @wcth_tv is lucky to have you Johannah! I hope your day was much happier than we appear in this photo! 🤣

Krakow had a recurring role in the Lifetime TV show Army Wives for two years, from 2010 to 2012. You may recognize her as the show’s Specialist Tanya Gabriel. In 2014 Krakow starred as the lead in the Hallmark Channel drama series, When Calls the Heart. The series, based on a book, is the story of 1900s schoolteacher Elizabeth Thatcher (played by Krakow) whose first teaching assignment takes her to Coal Valley, a small mining town in West Canada.

She’s accustomed to a high-society life and has a hard time with the drastic change of pace in Coal Valley. She meets the Royal Northwest Mounted Police Constable Jack Thornton, played by Daniel Lissing, to whom she has to prove herself as a good fit for the town and job. In the film of the same name proceeding the series, Poppy Drayton as Elizabeth Thornton. The show is currently in the sixth season, she is not only starring but she is also a Co-Executive Producer.

Most recently Krakow has been working in television films such as A Summer Romance and Sense, Sensibility & Snowmen. Both of which came out in 2019 and are now available to watch on the Hallmark Channel network.