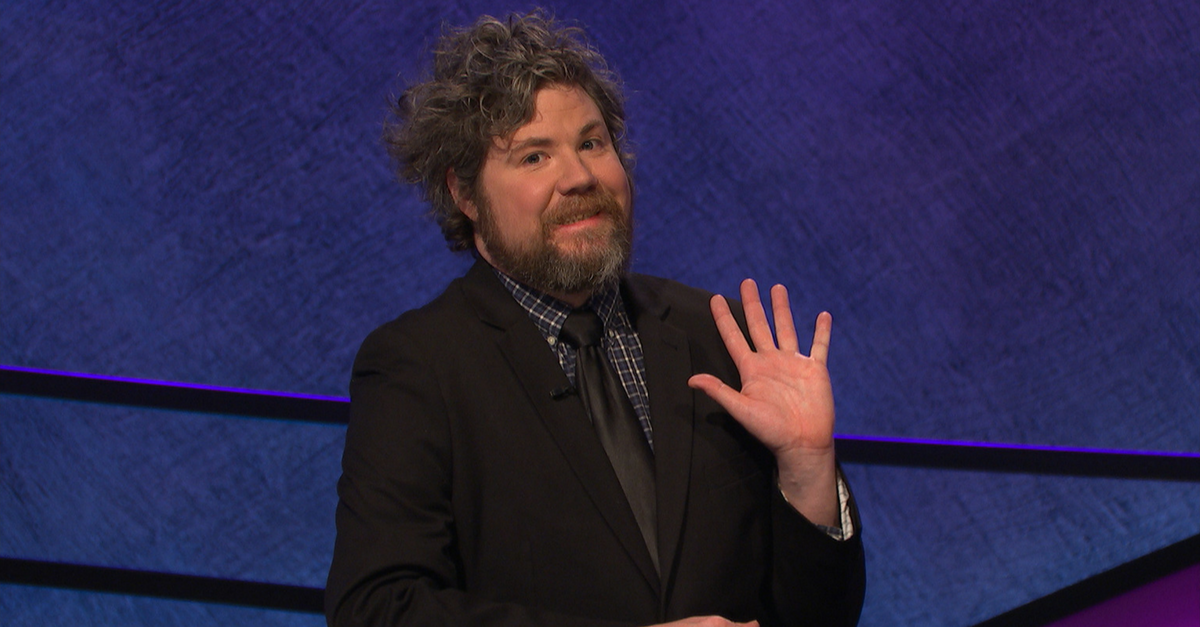 Austin Rogers, the lovable bartender competing on “Jeopardy!” wished fans farewell on Thursday night after losing to Scarlett Sims, a stay-at-home mom from Tennessee, and put to bed his 12-game winning streak, collecting a whopping $411, 000 in the process.

“Austin was outside the box, completely different from what many viewers expect a ‘Jeopardy!’ contestant to be,” host Alex Trebeck said in a statement. “He was fun to be with and slightly irreverent.”

RELATED: Everybody loves the bearded ?Jeopardy!? contestant who?s taking the internet by storm

“I set myself a goal of two wins, and I exceeded that expectation,” Rogers said after his defeat. “I mean, I always wanted validation that I’m smarter than everyone, and now, when in an argument, I can just say ‘scoreboard!’ and point to an imaginary Jumbotron.”

While he’s not sure how he’ll spend his winnings, the quirky contestant thinks “it would be really nice to just on a whim decide to go to an Arsenal [soccer] match. Or, like, Estonia. I’ve also wondered if a Steinway piano is a good investment.”

Rogers’ impressive streak ranks fifth overall in “Jeopardy!” non-tournament history, but he’ll have another shot at breaking a record when he returns for “Jeopardy! Tournament of Champions” starting Nov. 6.

RELATED: Relive the now legendary ?Jeopardy!? gaffe that made everyone incredibly suspicious of the contestant who made it