Stars and fans will gather Saturday for a public memorial to honor late actresses Debbie Reynolds and Carrie Fisher nearly three months after their deaths.

The ceremony honoring the lives of the mother-daughter duo will be held at Forest Lawn-Hollywood Hills, the storied cemetery that is their final resting place. People will be granted attendance at the event on a first-come, first-served basis, and it will be live-streamed on www.debbiereynolds.com beginning at 1 p.m. Pacific.

The ceremony is slated to feature music by James Blunt and “Star Wars” composer John Williams and display Hollywood memorabilia that Reynolds collected throughout her life.

Fisher, 60, an actress and writer who starred as Princess Leia in the original “Star Wars” trilogy, died Dec. 27 after suffering a medical emergency days earlier aboard a flight from London. Reynolds, 84, an Oscar-nominated actress who shot to fame after starring in “Singin’ in the Rain” at age 19, died the following day after being briefly hospitalized.

“She said, ‘I want to be with Carrie,'” Reynolds’ son, Todd Fisher, told The Associated Press after his mother’s death. “And then she was gone.”

The back-to-back deaths of two prominent actresses were stunning, but they were made even more poignant by the women’s complex history. Fisher and Reynolds had a strained relationship that Fisher explored in her writing, but they later reconciled and became trusted confidantes brought closer by painful events in their lives.

RELATED: The world mourns the death of Carrie Fisher, one of Hollywood’s brightest stars

Reynolds lost one husband to Elizabeth Taylor, and two other husbands plundered her for millions. Fisher struggled with addiction and mental illness, which she candidly described in books and interviews.

Fisher died after finishing work on “The Last Jedi,” the eighth film in the core “Star Wars” saga. Disney CEO Bob Iger said this week that Fisher appears throughout the film, and her performance will not be changed.

Reynolds earned an Oscar nomination for her starring role in “The Unsinkable Molly Brown.”

The actresses participated in an HBO documentary on their lives called “Bright Lights,” which aired in January.

Todd Fisher organized Saturday’s memorial to give fans an opportunity to honor his mother and sister. Fisher’s daughter, actress Billie Lourd, is expected to attend.

Stars including Meryl Streep, Tracey Ullman and Stephen Fry mourned the actresses at a private memorial in January. 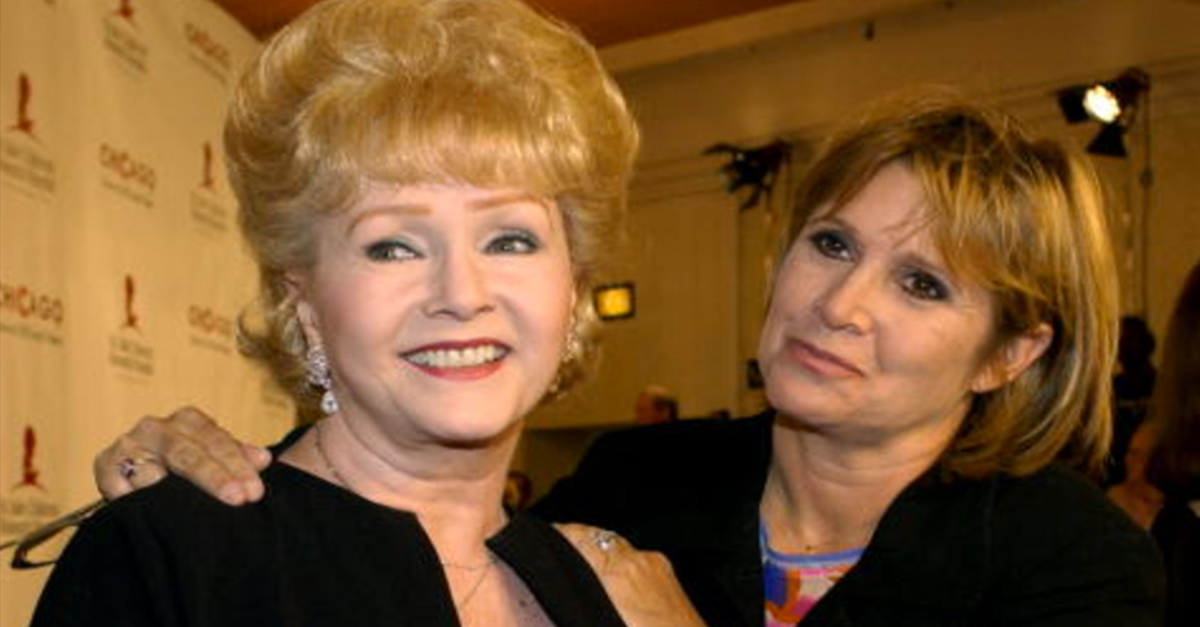