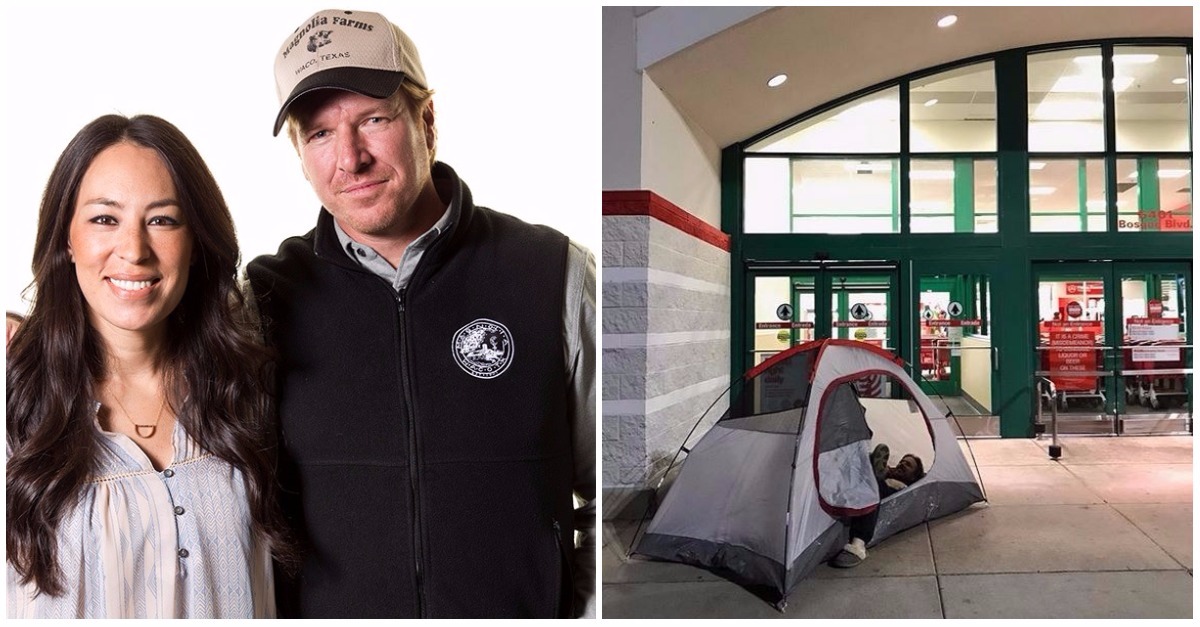 It’s here!!! “Fixer Upper” couple Chip and Joanna Gaines’s new home decor line, Hearth and Hand with Magnolia for Target debuted in stores Sunday morning and fans made sure they didn’t miss a thing by waking up early to shop online and waiting in line at stores nationwide.

As they anxiously awaited the opening of the online store, many fans stayed up late Saturday night to browse the merchandise.

“It?s 530am, do you know where your wife is? Yes. Ordering Hearth and Hand on Target.com,” one fan wrote.

Other shoppers also shared their experiences and excitement on social media.

You guys don’t even know how excited I am to buy things at Target from @chipgaines @joannagaines line #Magnolia #HearthandHand pic.twitter.com/9qFAE0pQhz

Guys..do I pay rent or do I spend all my money @Target on Chip and Joanna’s new line this weekend? Decisions..decisions haha #HearthAndHand pic.twitter.com/y5VTfmiYUh

when you're super worried about not making it to work on time to set for #HearthandHand release @Target pic.twitter.com/Sd9Xr1FOhD

If buying the entire #HearthandHand collection & making my house identical to every other woman's in the US is wrong, I don't wanna be right

Chip Gaines joined in on the fun by posting a photo of himself in a tent outside of a Target store and later hanging out in a cart as his wife pushed him around.

“Being first in line for the launch of #HearthandHand with Magnolia is about to pay off big time. Only 10 more minutes.. @target,” he wrote.

Being first in line for the launch of #HearthandHand with Magnolia is about to pay off big time. Only 10 more minutes.. @target pic.twitter.com/TfcMmNRRgT

PEOPLE reports that within hours of the launch, several of the items were being sold on eBay for several times the retail price.

The launch of the home decor line comes just weeks after the couple announced they will be ending their hit HGTV series after this coming season.

?We gave everything we had to this show, the beautiful homes and those sweet families, but this just felt like the right time to catch our breath for a bit,? Joanna said following the news.

?Fixer Upper? quickly became HGTV?s most popular program after its debut in 2013. The series helped launch the Gaines? Magnolia businesses, which include real estate, wallpaper and furniture lines, luxury vacation rentals, a line with Target and an upcoming restaurant. The booming businesses caused more work and stress for the couple. They also said that they want to spend more time with their children so stepping down from the reality show was the best decision.

On Nov. 2, Joanna shared an emotional post as the couple wrapped up their last “Fixer Upper” final reveal.

“Today was the final reveal… We definitely felt the emotion behind each of those steps leading up to the big canvas. We love you Fixer Upper ?? Season premiers on November 21. #savedthebestseasonforlast,” she wrote on Instagram.