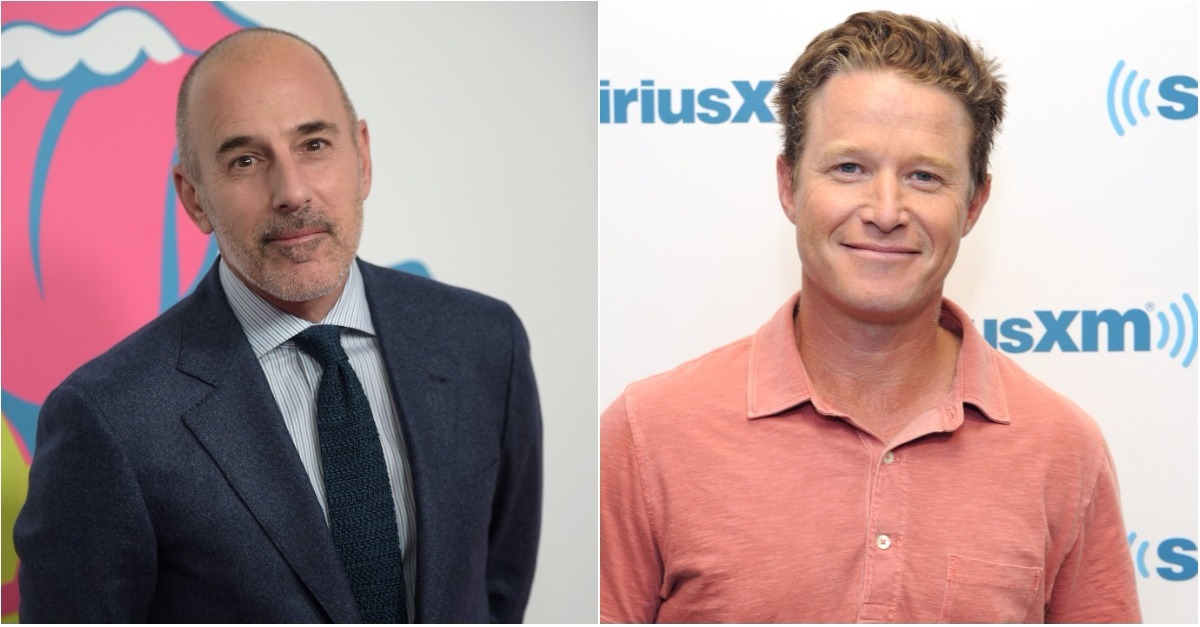 Bill Bush is finally ready to open up about his feelings toward Matt Lauer after hearing the news that the latter had also been fired from “TODAY.”

Bush was fired from the program in October 2016 after a tape from a 2005 episode of “Access Hollywood” leaked and showed the former TV host laughing as then-candidate Donald Trump openly discussed sexually assaulting women.

When he was on “TODAY,” Bush reportedly didn’t get along with Lauer, but said there was “no joy” in hearing the latter had been fired.

“People texted and called me making comments like he got what he deserved,” Bush told PEOPLE. “But there is no joy in the demise of others ? no matter who it is.?

Just before the now-infamous “Access Hollywood” tape made headlines, Lauer and Bush butted heads behind the scenes on “TODAY.” Bush’s interview with U.S. Olympic swimmer Ryan Lotche, who lied about being robbed at gunpoint while competing in the Summer Olympics in Rio, caused even more of a divide between the former colleagues. Bush said that in the wake of his firing, he was upset that Lauer might not have tried to save Bush’s job.

Bush said that months after he was fired, Lauer reached out and said he tried to go to bat for Bush in private meetings with executives. Bush said he “accepted it.”

Lauer was fired from NBC News and “TODAY” in November after a female colleague came forward and claimed he had sexually assaulted her while covering the Winter Olympics in Sochi. Despite his complicated history with Lauer, Bush said he wasn’t happy to hear the news.

RELATED: The ladies of ?The View? pulled no punches when they addressed the feud between Megyn Kelly and Jane Fonda

“Maybe at one point there was part of me that [felt like] if someone else got [in trouble], I would be like, ?Now who?s the bad guy??” he said. “But I took zero pleasure in it. And I?m grateful for that. Let those who transgressed be held accountable. I felt for the women involved and for his wife.?

Bush also revealed that Lauer has since reached out to him in the months since he was fired.

“He texted me and asked about some of the self-help books I?ve been reading,? he said. ?I told him, ?Start here.??

Another one of Lauer’s former colleagues, Ann Curry, also opened up about her reaction to the news in an interview on “The Late Show with Stephen Colbert.” Despite the tweets of many fans, Curry said she didn’t celebrate the news.

“The truth is that I was raised Catholic by a Buddhist. So I think about the Catholic guilt, mixed with the karma, worries, the intensity of that. It was like all the sudden my brain ?  think ?Game of Thrones? ? the wall, it went up. There was this whole wall of, ?Uh-oh, you can?t talk like that. You can?t think like that.? So I didn?t actually, get to enjoy it,? she said.

Colbert continued, ?But isn?t this his karma??

?Well, that?s a good point, but ? also you have to think about the pain. You know, a lot of people have suffered. So I haven?t had a chance to celebrate for a lot of reasons,? she said.