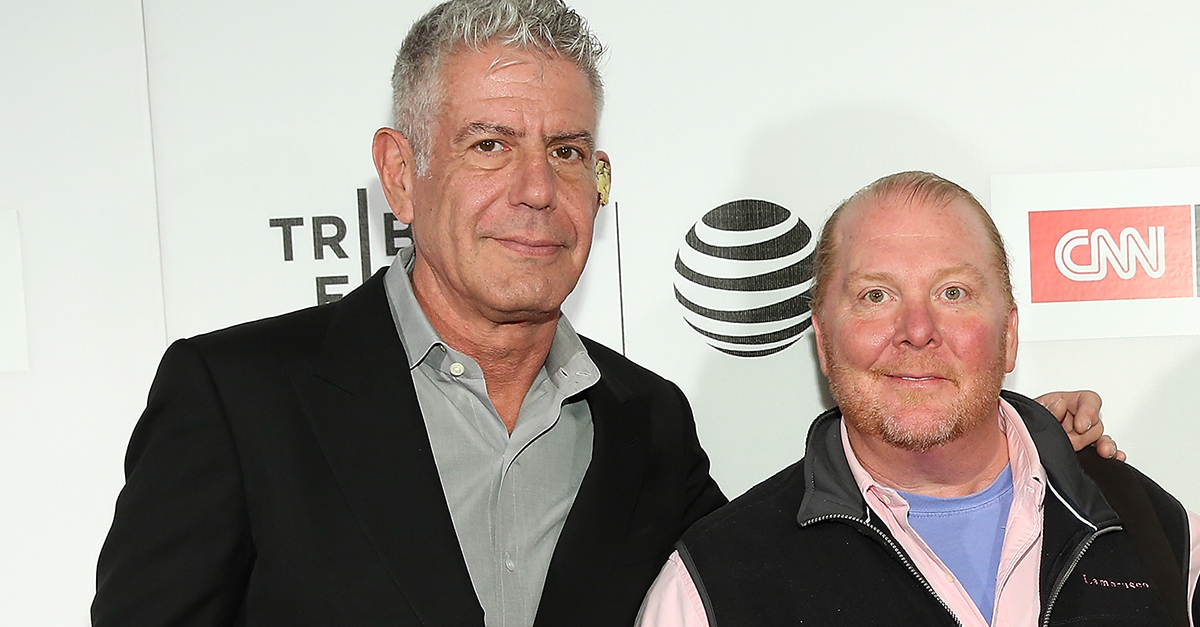 It doesn’t seem that the sexual misconduct allegations brought against celebrity chef Mario Batali were that shocking to some of his colleagues.

On Dec. 11, in an article published in Eater New York, four women detailed their alleged experiences with sexual misconduct against the “The Chew” star. One chef said that 10 years ago, Batali ?rubbed her breasts with his bare hands? after spilling wine on her shirt while another woman said that he inappropriately grabbed her from behind and held her against his own body.

Following the allegations, fellow celebrity chefs including Anthony Bourdain and Tom Colicchio slammed Batali and seemed to insinuate that they knew about the allegations ahead of time.

“No. Trust me. Monday is really gonna suck,” Bourdain wrote on Twitter on Sunday. He later follow up writing, “It’s where you stand when the people you care about and admire do awful things that matters. Keeping head down and hoping it goes away? No.”

No. Trust me. Monday is really gonna suck .

It’s where you stand when the people you care about and admire do awful things that matters. Keeping head down and hoping it goes away? No.

RELATED: This former Disney star just opened up with her own experience with sexual assault in Hollywood

One fan was quick to accuse Bourdain of protecting Batali and the “Parts Unknown” star responded, defending himself.

“‘I look to Mario, and there’s no one else who has as elegantly navigated from cook to chef to business man… like me’ – Bourdain. 9/15 Yet you kept his secrets. so spare us the bs saint act,” the follower wrote.

Bourdain responded, “No saint. And I truly felt that way. No denying it. But keeping secrets? No. Sorry. Didn’t.”

“Top Chef” star Colicchio retweeted Bourdain’s tweet about Batali adding, “And no one should be surprised.”

And no one should be surprised https://t.co/DCLvDzNYwO

Following the allegations, Batali released a statement to Eater.

“I apologize to the people I have mistreated and hurt. Although the identities of most of the individuals mentioned in these stories have not been revealed to me, much of the behavior described does, in fact, match up with ways I have acted,” Batali said. “That behavior was wrong and there are no excuses. I take full responsibility and am deeply sorry for any pain, humiliation or discomfort I have caused to my peers, employees, customers, friends and family.”

He continued, “I have work to do to try to regain the trust of those I have hurt and disappointed. For this reason, I am going to step away from day-to-day operations of my businesses. We built these restaurants so that our guests could have fun and indulge, but I took that too far in my own behavior. I won?t make that mistake again. I want any place I am associated with to feel comfortable and safe for the people who work or dine there.”

“I know my actions have disappointed many people. The successes I have enjoyed are owned by everyone on my team. The failures are mine alone. To the people who have been at my side during this time ? my family, my partners, my employees, my friends, my fans ? I am grateful for your support and hopeful that I can regain your respect and trust. I will spend the next period of time trying to do that,” he concluded.