Newly-single singer Fergie posted a video featuring various moments from the awesome date night she had with her 4-year-old son Axl Jack during a trip to see the musical version of “Aladdin.”

RELATED: One of the most quintessentially British people of all time is now an Italian citizen

In the video, Axl can be seen hanging out backstage at the show. He seems captivated by the prop-treasures (particularly the magic lamp) while “Enchanté (Carine)” — a song from Fergie’s new album which features Axl on it — plays in the background. 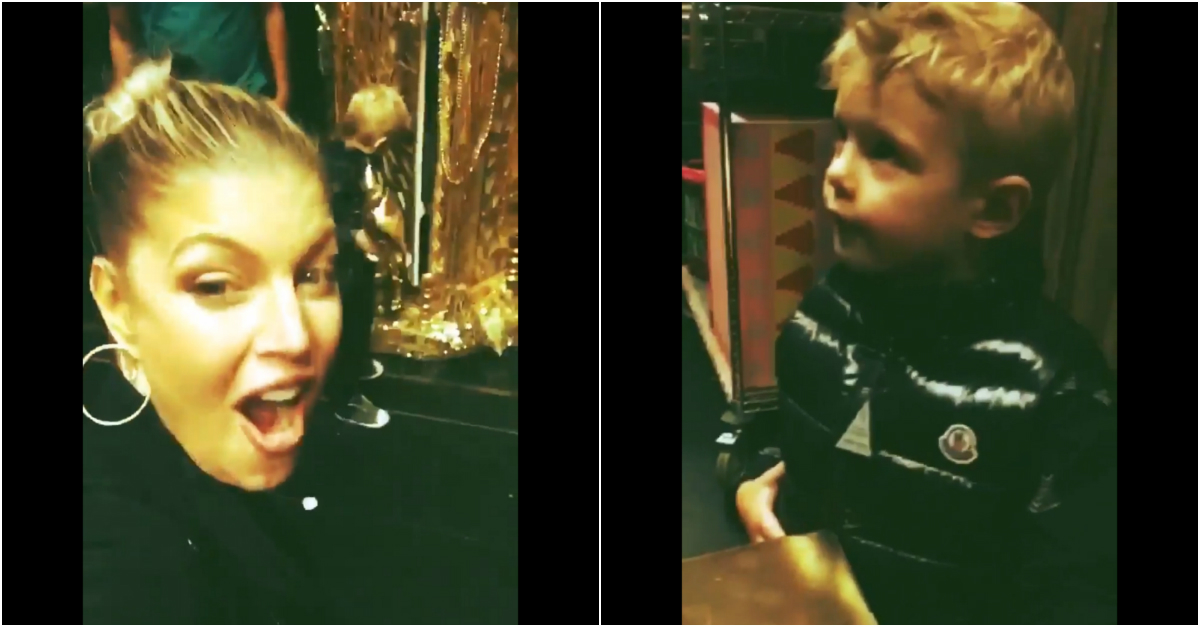