Harvard University held its 366th commencement ceremony yesterday, and according to Boston.com, the biggest surprise may have been this performance for one of its honorands. John Williams, composer for films like “Star Wars,” “Indiana Jones” and “Jaws,” received an honorary degree of Doctor of Music from the university.

As an added tribute to the composer and his work, the Harvard a capella group “Harvard Din and Tonics” performed a medley of Williams best work, effortlessly creating a great mashup of his most famous scores.

RELATED: Will Ferrell sings Whitney Houston in what might be the greatest commencement speech of all time.

The boys also had some fun during the performance, such as recreating the finger-touch scene from “E.T.” or having one member pretend to be a shark during the “Jaws” tribute.

Before awarding the degree to Williams, Harvard President Drew Faust called Williams the “superman of music for the movies” and that “his melodies dwell deep inside our memories, his harmonies induce our hearts to soar.” This tribute also coincides with the 40th anniversary of “Star Wars.” 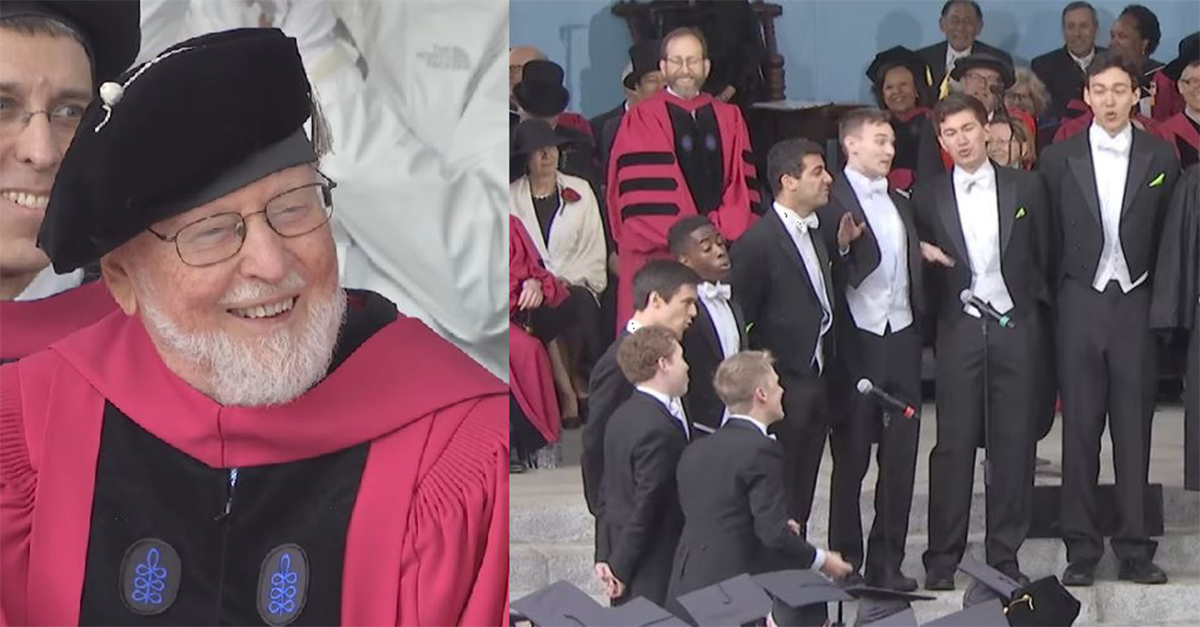