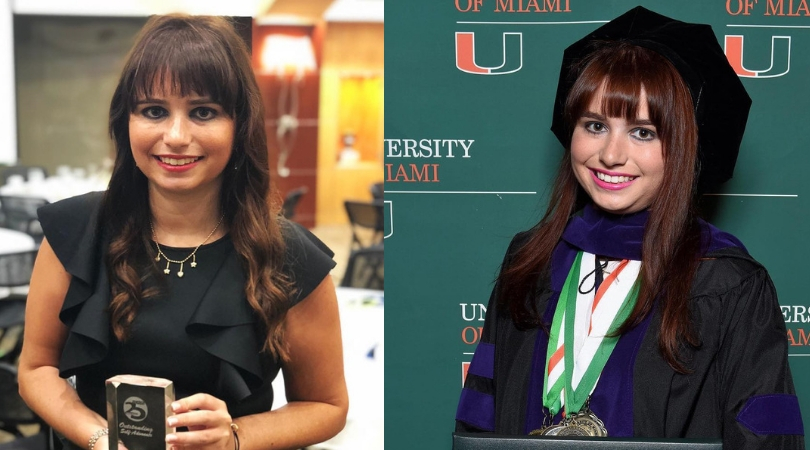 At the age of 3, Haley Moss was diagnosed with autism. As a toddler, she could do 100-piece jigsaw puzzles and read more books than an average child would, but wouldn’t speak. After her parents realized she was gifted but nonverbal, doctors found out she was on the autism spectrum. Not letting that stop her, Moss began going to special education classes, later attending mainstream classrooms and proving her ability was greater than her disability,  despite doctors thinking she would never be able to live alone or get a full-time job.

Last month, she proved those doctors wrong by becoming the first openly autistic person to be admitted to the Florida Bar! Not only did Moss graduate from the University of Miami School of Law of Law and passed one of the toughest exams, but she has also published three books, the first of which was released when she was only 15 years old. Moss’s first two books deal with navigating through middle school and her freshman year of college while on the autistic spectrum. The third explores her life growing up as a female with high functioning autism, titled “What Every Autistic Girl Wishes Her Parents Knew”, which is currently sold on Amazon.

The Parkland native says she is very passionate about her work and enjoys to write, which is part of why she decided to go to law school. She chose to study psychology because as an autistic person, there was “no better way to understand and communicate” with people than to learn how the brain works. Her decision to pursue law school? Moss stated, “I’m very passionate about things I enjoy and I love to write. That’s also part of why I went to law school, and I love to be able to help others, so even with writing, I love that I’m able to express myself completely and what I can say has the ability to help someone else.”

Moss’ swearing-in ceremony was in Miami on January 11, administered by Miami-Dade Circuit Judge Lisa Walsh. But before her oath, Moss had already been offered a job at Zumpano Patricios, the Coral Gables-based law firm, in May 2018 during her second year of law school. Joseph Zumpano, co-founder, and managing shareholder said the firm’s practice areas include anti-terrorism and manage care law, which was “intrinsically related” to his decision in hiring Moss.

The firms most notable victories includes a lawsuit against the Cuban Government in 2014 for the killing of an American pilot who was in a flying mission for the CIA. The second was in 2015 suit in which they represented Antonio Caballero, whose father, Carlos Caballero, was kidnapped and killed by Colombian Guerillas and drug trafficking groups after he was a target for being the Colombian Ambassador to the United Nations.

Zumpano stated one of the qualities that he admired of Moss was her strength, despite her being autistic, which is why he decided to hire her.

“As a core value, we wanted to be the first firm to bring in an openly autistic lawyer and make the point that if you align people to their strengths then given the chance, they excel. To our knowledge, Haley is the first lawyer that we know of in a substantial law firm in the state of Florida that is openly autistic. There may be others but we haven’t found them.”

Moss is currently practicing law with a focus on international matter and health care, but her main goal is to inspire other autistic people to trust their abilities and believe in their goals. Despite her being a full time lawyer now, she did state she plans to continue writing and creating art while practicing law.