After being defeated by Garbiñe Muguruza in the 2017 Wimbledon finals, Venus Williams had a touching message to send to her sister and fellow tennis star, Serena Williams.

“I miss you,” Venus, 37, told Serena, 35, after the match in a video posted by BBC Tennis. “I tried my best to do the same things you do, but I think there will be other opportunities. I do.”

Venus Williams had a lovely message for her sister Serena #Wimbledon pic.twitter.com/5qNQzaQED7

RELATED: After finding Venus Williams at fault for a fatal car crash, police are now changing their tune

Serena, who is due to welcome her first child in September, was unable to compete in this year’s competition. While Serena was also unable to attend the event, the sisters’ mother, Oracene Price, was there to cheer Venus on. Had she won, Venus would have been the oldest woman in the Open era to win a Grand Slam title.

“When I was a little girl, I was watching these finals. I was watching Venus,” Muguruza, who is the only player to have beaten both Williams sisters in a Grand Slam final, told ESPN. “I know it sounds incredible. To be able to play against her and now hold the big trophy, it means a lot.”

Serena plans to return to the tennis court as early last January and has been playing around for fun throughout her pregnancy.

RELATED: Serena Williams wants to pass a very special tradition from her childhood down to her baby 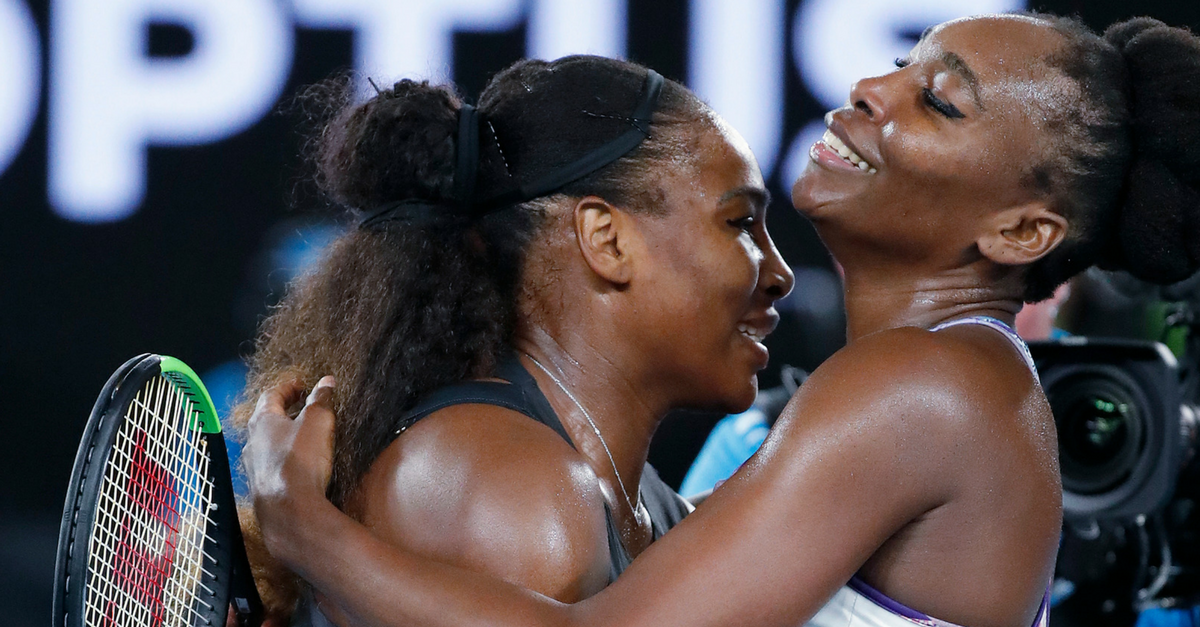