When George W. Bush was asked to comment on President Trump’s decision making in the White House so far, he gave the classiest answer ever.

The former President appeared on “The Ellen DeGeneres Show” on Thursday and shared his thoughts on the media, Putin and Trump’s presidency so far.

“Well, I think this isn’t the first time our nation has been divided,” Bush started and remembered the Vietnam war, draft and near impeachment of the president as soon as he graduated from college. “A lot of people thought the country was going down the tubes, but it turns out, we are too strong to go down the tubes. So, I am very optimistic.”

“You know, my whole view is: I don’t think it serves the nation or the office of the president to have a former president criticize his successors. I am happy to be off the stage. Except for this one,” he said.

DeGeneres questioned the former president about Trump’s stances on the free press and the media, and he shared some of his own experience.

“Here’s what I believed when I was president and post-president. The nation needs a free and independent press. And the reason why is, power can be very corrupting. And we need a press corps to hold politicians accountable. Including me! And you know, I didn’t like it sometimes when people said things about me, but that’s part of the job,” Bush said.

“I needed the press to get the message out and they needed me to make the news,” he added.

Bush said that he would advise “tyrants” to bring on a free press and would use the U.S.A as an example. The same thoughts go for his beliefs on free religion.

RELATED: Katherine Jackson has come forward with more horrifying claims about her nephew

Bush went into a story about Putin “dissing” the Bush’s dog, Barney and when Putin introduced former President Bush and former First Lady Laura Bush to his dog, Putin said his dog was “bigger, stronger and faster than Barney.”

“It speaks volumes when you listen to what somebody says. So, in other words, he’s got a chip on his shoulder,” Bush said. “So, I think that whoever the president is will find out that Putin will push and push and push until someone stands up to him.”

“So, Trump should get a hound?” DeGeneres joked.

Ahead of his appearance, Bush shared an image from the official Instagram account of “The Ellen DeGeneres Show” and shared his enthusiasm for the interview.

“Thanks for having me. It was great to finally meet the voice behind my granddaughter’s favorite cartoon fish,” he wrote. 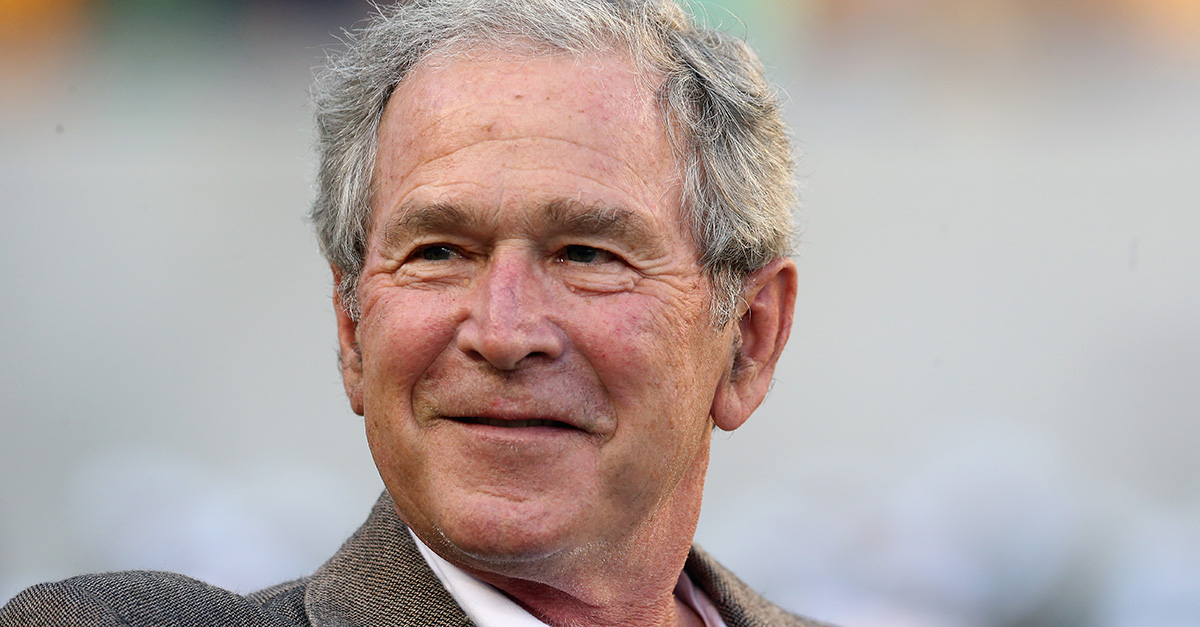