Former President Barack Obama has never shied away from professing his love for his wife, Michelle.

Over the years, he has repeatedly gushed about what an incredible person she is. During his farewell speech, he made people tear up with his heartfelt and affirming words to her.

“Michelle, for the past 25 years, you have not only been my wife and mother of my children; you have been my best friend,” he said during the speech. “You took on a role you didn’t ask for and you made it your own with grace and with grit and with style and good humor.”

RELATED: Michelle Obama tweets first message since leaving the White House and assures her followers she won’t be gone long

Now, he is wearing his heart on his sleeve (or rather Twitter) again, sending out a sweet Valentine’s Day message to Michelle, writing in a tweet, “Happy Valentine’s Day, @michelleobama! Almost 28 years with you, but it always feels new.”

Not long after he sent out his tweet, Michelle followed up with one of her own, writing, “Happy Valentine’s Day to the love of my life and favorite island mate, @BarackObama. #valentines”

Happy Valentine's Day to the love of my life and favorite island mate, @BarackObama. #valentines pic.twitter.com/n3tEmSAJRT 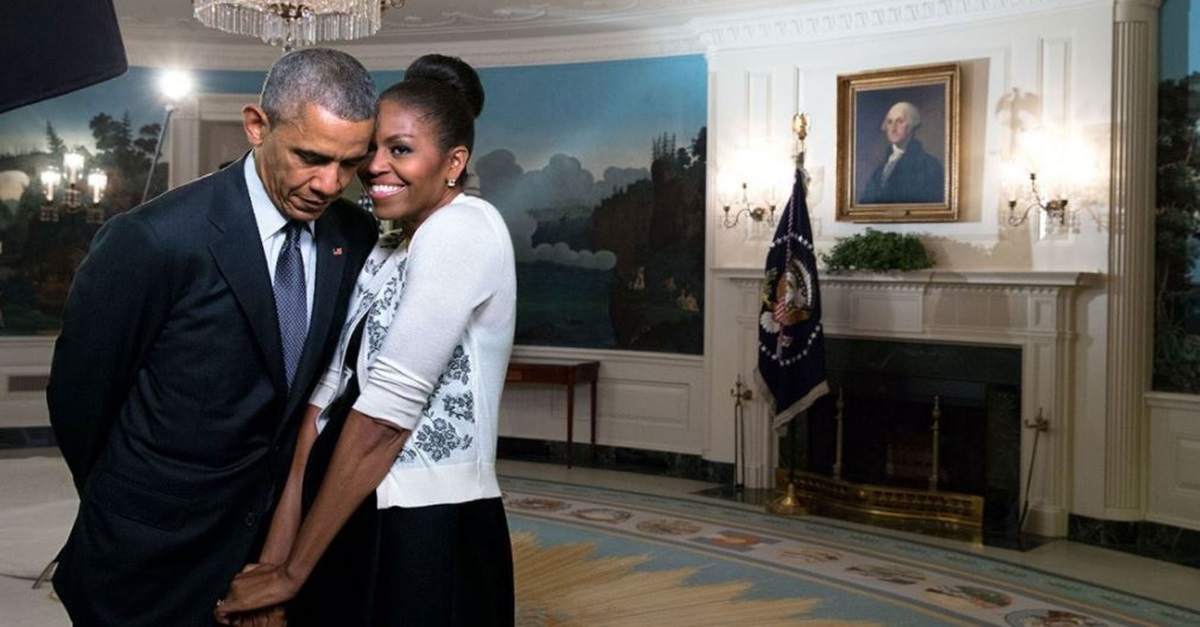