Former “Sex and the City” star Cynthia Nixon picked up a Tony Award on Sunday night for her role as an emotionally abused woman in Lillian Hellman’s  “The Little Foxes” and seemingly tried to draw a comparison between the story of a family trying to get rich and a particular family that is in control of the highest office in the land.

“Eighty years ago [Hellman] wrote, ‘There are people who eat the earth and eat all the people on it and other people who just stand around and watch them do it,'” Nixon said during a speech she purposefully turned political after winning best featured actress in a play. “My love, my gratitude and my undying respect go out to all the people in 2017 who are refusing to just stand and watch them do it.”

RELATED: Mark Hamill made a sweet tribute to Carrie Fisher while presenting the In Memoriam at the Tony Awards

It’s not the first time Nixon has spoken out against Donald Trump. The vocal supporter of LGBT rights issued strong words directed at the president during a Stonewall Inn rally in February.

“We need to come out not just as queer, but as people who know all too well what it feels like to be put in a box that says ‘other,’ ‘less than,’ easy target if you’re looking for someone to bully, harass, discriminate against, demonize, beat up, even kill,” she said at the rally. “We don’t know yet what Donald Trump has in store for us, and chances are he doesn’t either.”

Afterward, Nixon expounded on her views about activism and the women’s marches that have taken place around the world.

RELATED: Bette Midler fires back after the Tonys tried to kick her offstage in the middle of her acceptance speech

I think the town halls have also been very inspiring in the ways in which people – Republicans and Democrats and Independents – have said, ‘Hey, no, we don’t want that legislation passed. We don’t want to lose our healthcare. We may want it improved, but we don’t want to lose it’ and I think that we have seen the things like the ongoing struggle about healthcare, universal healthcare and the struggling over things like the Muslim ban that people in droves spoke up really loudly and they called Congress people and they called their senators and people listened. They made a big impact. 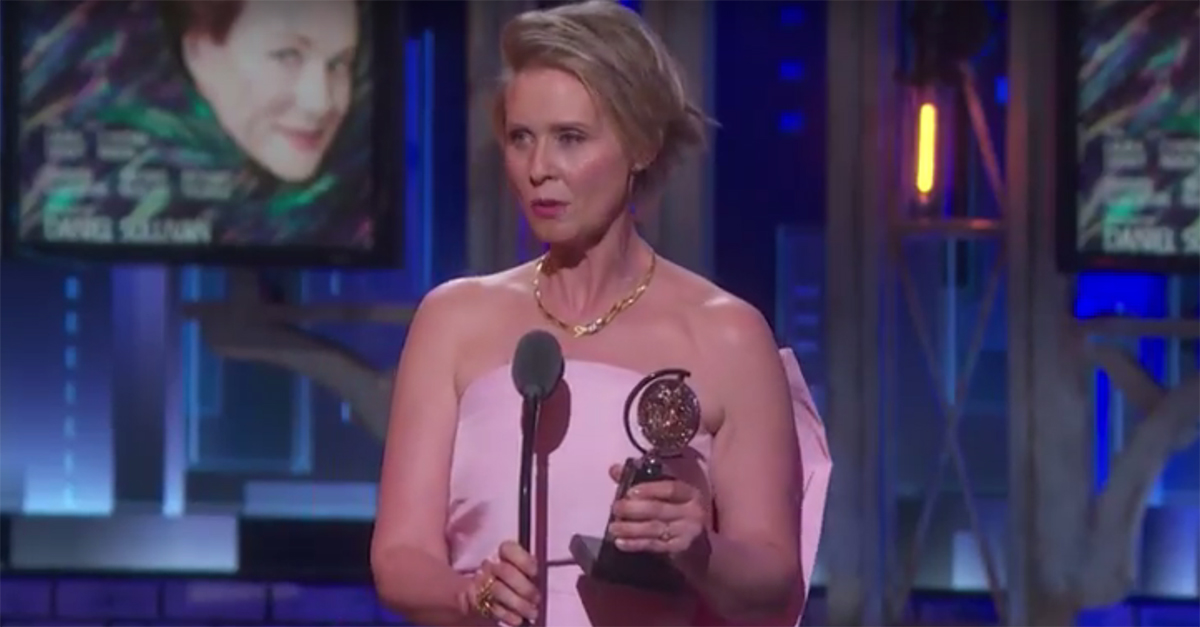