He has also been subtly trolling the Trump administration. Whenever a new controversy started to make headlines, Souza would add a photo that showed how Obama handled a similar situation or a photo showing the differences between the current and former president.

However, his latest post was anything but subtle. On Tuesday, Souza posted an edited image of Obama with a camera inside a microwave. He captioned the image, “Someone has been photoshopping one of my photos. For the record, it wasn’t me.”

He was, of course, referring to Kellyanne Conway’s comments on Trump’s wiretapping claims, when she said, “There was an article this week that talked about how you can surveil someone through their phones, certainly through their television sets, any number of different ways. And microwaves that turn into cameras, et cetera. So we know that that is just a fact of modern life.”

Before he posted the picture of Obama in the microwave, he posted another not so subtle shade comment about Trump’s wiretapping claims next to a picture of Obama on his cellphone, writing, “Glad he only tweeted out facts with his device.”

RELATED: As President Obama wraps up his last term, his White House staff has started playing pranks on him 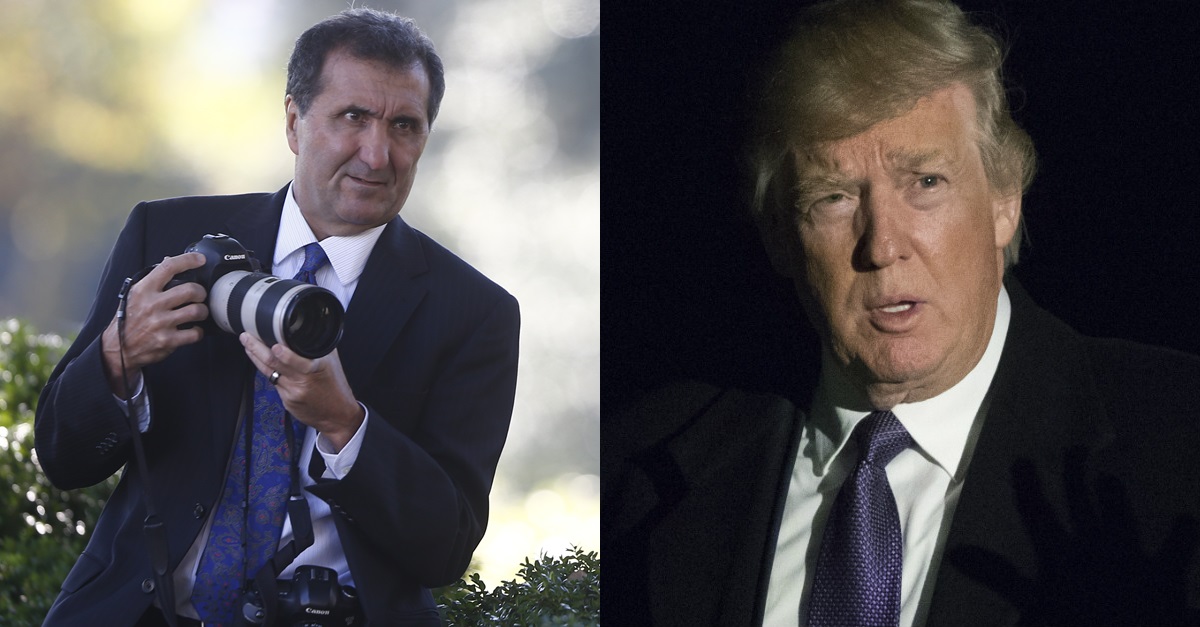