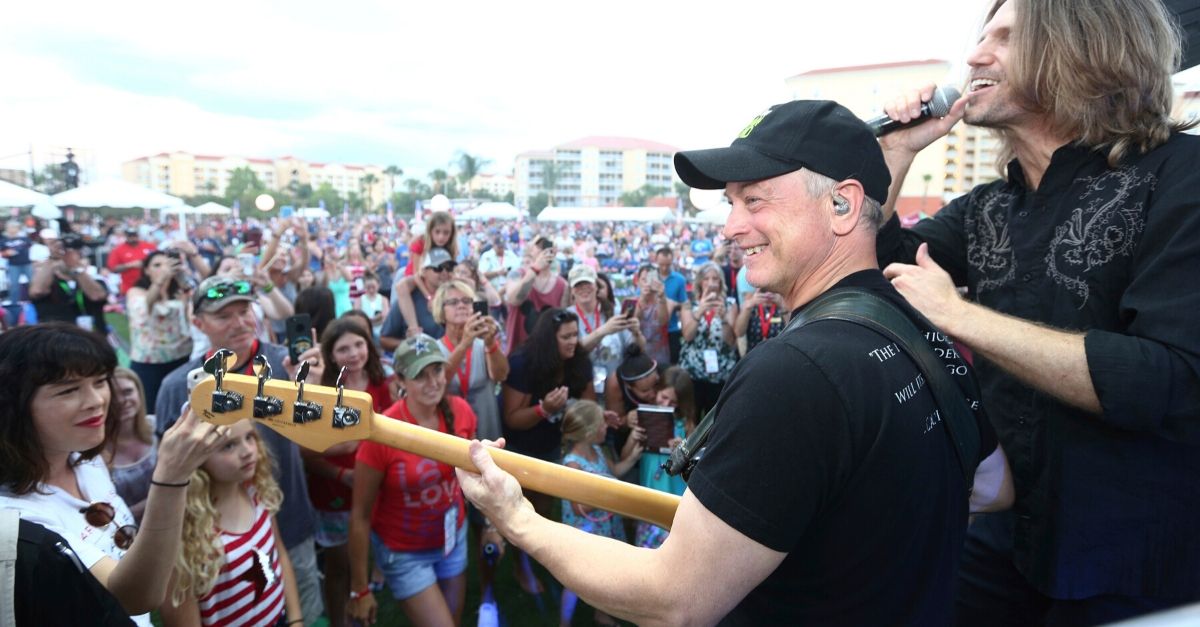 Actor Gary Sinise is widely known for his efforts with military members, using his platform to greatly and positively affect the lives of military veterans. Our beloved Lieutenant Dan Taylor truly is a pillar in the military community, with his role in Forrest Gump inspiring his involvement. It may seem obvious how that happened, but specifically, how did the movie Forrest Gump spark Sinise’s seemingly never-ceasing inspiration to help those in the military?

Forrest Gump star Gary Sinise told Entertainment Tonight the exact moment that kicked off his dedication to service for the next few decades. When the United States was hit with what happened in New York on September 11, 2001, Sinise recalled, “I remember going into the first hospital to visit a wounded soldier after September 11, and all he wanted to do was talk about Lt. Dan.”

This inspired him to start the Gary Sinise Foundation soon after in 2011, raising about $30 million a year for many different programs in the foundation to honor United States defenders, military veterans, first responders, their families, and those in need. But even before his encounter with that wounded soldier on that fateful day, Sinise was already getting involved with military foundations.

The DAV (Disable American Veterans charity) wanted to award him, only four weeks after his movie with Tom Hanks had been released, for “playing what they considered a catastrophically injured veteran in a positive way,” as he told Pickler & Ben. In June 2003, Sinise went on his first USO (United Service Organization) tour. After several USO tours in, he started bringing his band, the Lt. Dan band, overseas to entertain the troops.

He was already showing support at the National Memorial Day Concert on PBS, a broadcast honoring military families and veterans by bringing together the biggest names in Hollywood. For more than a decade, he and Criminal Minds star Joe Mantegna (known for his role as David Rossi), have hosted the event.

Sinise has completely owned his role as Lt. Dan, even decades after the release of Forrest Gump. When asked why by CNN in 2013, Sinise stated, “Lt. Dan is a part of my life in a way because I’m very devoted to our military, very devoted to making sure our veterans know we appreciate what they do. If they want to talk about Lt. Dan, that’s fine by me.”