FAYETTEVILLE, Ark. (AP) — Four sisters of Josh Duggar who were revealed to have told police that they’d been molested by their older brother filed a federal breach-of-privacy suit Thursday against the city of Springdale and Washington County, Arkansas, and publishers of the magazine that first revealed their identities.

Attorneys for Jill Duggar Dillard, Jessa Duggar Seewald, Jinger Duggar Vuolo and Joy Duggar filed suit in federal court in Fayetteville against the city, the county and the publishers of InTouch Weekly for breaching their privacy. They are seeking unspecified compensatory and punitive damages.

RELATED: Take a peek what Joy-Anna Duggar and fiance Austin Forsyth’s asked for on their newly leaked wedding registry.

Their attorneys allege in a 39-page complaint that an anonymous tipster told city and county investigators that Josh Duggar had molested the four between March 2002 and March 2003, when the four were minors. When the investigators approached the sisters, they demanded and received promises of confidentiality, but the city and county breached that promise when documents requested by the magazine under a freedom of information act contained information that made it easy to identify the sisters.

They allege the magazine then exposed them globally.

“This case is solely about protecting children who are victims of abuse,” the sisters’ attorneys said in a statement. “Revealing juvenile identities under these circumstances is unacceptable, and it’s against the law. The media and custodians of public records who let these children down must be held accountable.”

RELATED: The Duggar family is growing! One of Jim Bob and Michelle’s daughters just announced another pregnancy.

Messages left with representatives of the city, county and publishers of the magazine drew no responses Thursday.

The four were among the “19 Kids and Counting” on the TLC reality show that chronicled the personal life of Arkansas parents Jim Bob and Michelle Duggar. It was pulled from the network last year over revelations that Josh, oldest of the Duggar siblings, had molested four of his sisters and a baby sitter. 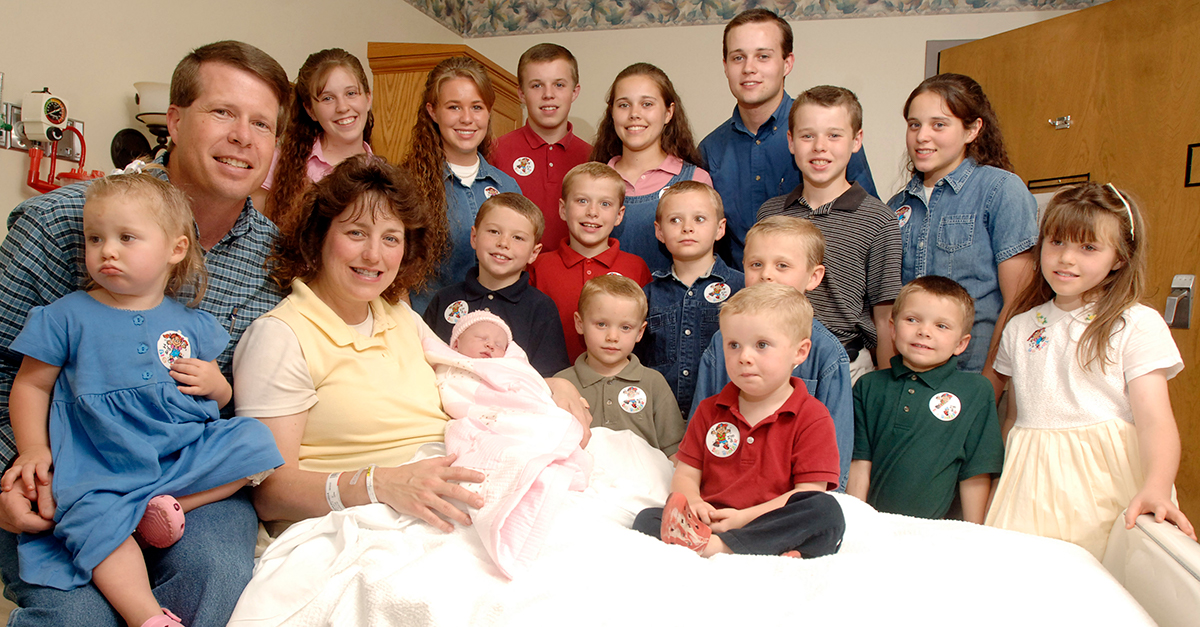