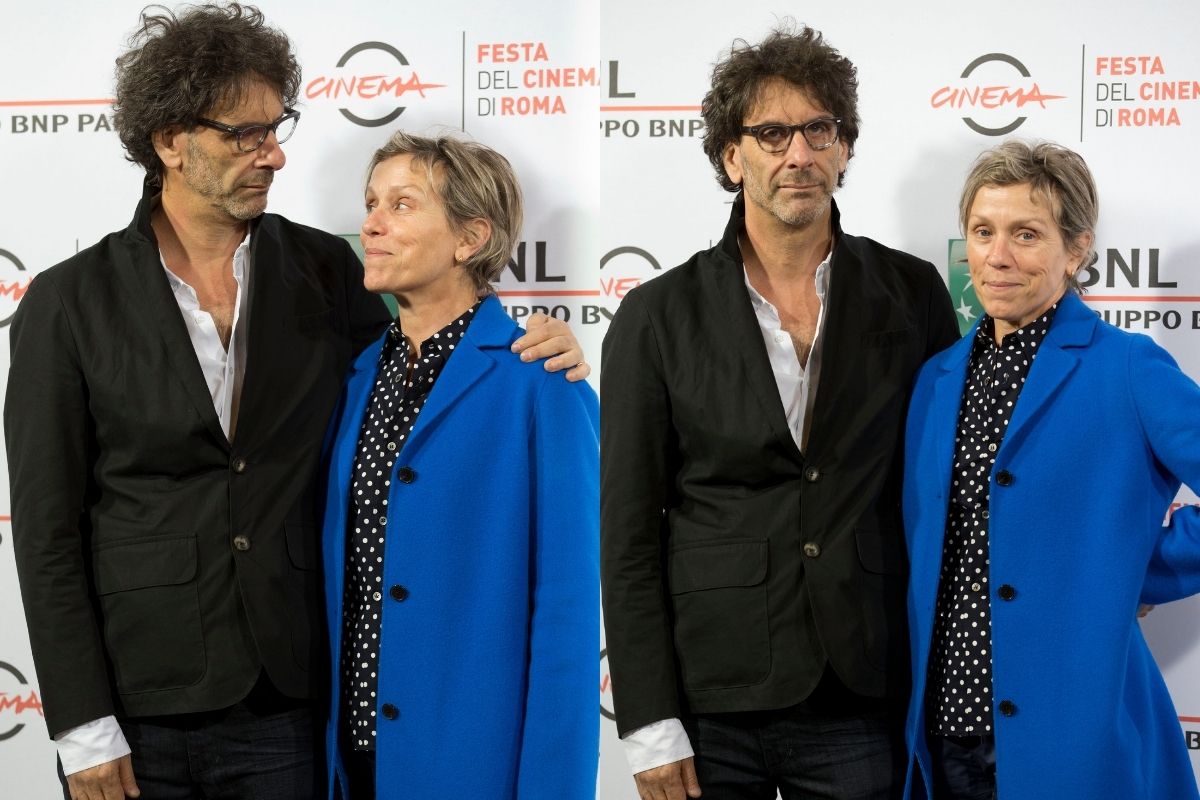 Frances McDormand is always evolving. Nomadland, for which McDormand is nominated for her sixth Oscar, represents the latest in a history of dramatic hits for the actress who brings a characteristic gnarly depth to every role. Many fans associate her with the films of her husband, director Joel Coen and his brother Ethan Coen. But McDormand has proved she’s a lot more than just the quirky Fargo police chief — as epic performance as that was.

American actress Frances McDormand was born in Gibson City, Illinois in 1957. As an infant, she was adopted by Noreen and Vernon McDormand and spent the rest of her childhood moving around the country; Vernon was a pastor for the Disciples of Christ and traveled often between congregations in restoring. Frances eventually graduated high school in Monessen, Pennsylvania and went on to attend Bethany College in West Virginia. As a young adult, she earned her theater MFA from Yale University and moved to New York City, where, fun fact: she became Holly Hunter’s roommate.

Now, you might remember that one of Frances’ earliest on-screen moments came in 1987 with Raising Arizona, which starred Hunter alongside Nicolas Cage. Raising Arizona was the Coen Brothers’ second-ever film and McDormand proved to be a scene-stealer, playing the couple’s kooky friend Dot. However, it was not her first collaboration with the Coens. She and the elder brother Joel were married for three years at that point. And in 1984 — the same year as their wedding — Frances had starred in the Coen Brothers’ directorial debut Blood Simple.

In fact, Frances and Joel met during that first audition.

Frances McDormand and Joel Coen are a fairly private couple. Through their partnership — both romantic and creative — has lasted nearly 40 years and left an indelible mark on modern Hollywood, they speak of their marriage modestly. She and Coen met during her audition for Blood Simple back in the early ’80s, so the story goes. McDormand recently graduated. from Yale, was not used to performing before a camera and stumbled over script cues. Meanwhile, her future husband (and his brother) sat watching, chainsmoking, and offered her a callback despite the odds. And McDormand nearly didn’t show up to it! Her boyfriend at the time had a walk-on part in a soap opera that she’d promised to watch… but the callback was rescheduled. Frances nailed the part. And, presumably, she and Joel fell in love on set.

“Not everything comes along just when you want it. There are times when choices just have to be made or you’ll simply miss out.”
— Frances McDormand

They were married in 1984, following the Blood Simple premiere. In the decades since, McDormand has appeared in many other Coen Brothers productions including Miller’s Crossing, Barton Fink, Fargo, which earned her the esteemed Best Actress Oscar, The Man Who Wasn’t There, Burn After Reading, and Hail, Caesar! Coen has said that McDormand does never collaborates on scripts with him, despite their shared interests. Instead, he and his brother plan out projects privately — then reach out to McDormand’s agent! This couple keeps it very professional.

McDormand and her husband Joel Coen have been married since 1984. They have one son, Pedro McDormand Coen, who was adopted from Paraguay in 1995 when he was six months old. Check out Pedro’s Instagram post, above.

“It’s much easier to play supporting roles because that’s what I do in my life: I support my son.”
— Frances McDormand

McDormand was nominated for her first Academy Award in 1988 for Mississippi Burning. But of course, it was her portrayal of the feisty, pregnant Marge Gunderson in Fargo which eventually earned her the Oscar in 1996. Six years later, McDormand won a Golden Globe for her supporting role in Almost Famous, as the protagonist’s overbearing mother. McDormand has also attained the coveted Triple Crown of Acting. In addition to the Oscar, McDormand won a Tony Award for her turn in Good People on Broadway and a Primetime Emmy Award for the HBO miniseries Olive Kitteridge.

Olive Kitteridge is my personal favorite McDormand project, in which she portrays the titular Olive: a stone-cold math teacher living in Crosby, Maine. McDormand commissioned the series, based on the (wonderful) 2008 novel by Elizabeth Strout. As the central character, McDormand embraced her age while playing up all the unconventional traits that make her an in-demand off-beat actress. Unsurprisingly, the success of Olive Kitteridge represented a contemporary comeback for McDormand.

“Adulthood is not a goal. It?s not seen as a gift. Something happened culturally: No one is supposed to age past 45 ? sartorially, cosmetically, attitudinally. Everybody dresses like a teenager. Everybody dyes their hair. Everybody is concerned about a smooth face.”

Since then, she’s starred in Three Billboards Outside Ebbing, Missouri — which earned her another Oscar and Golden Globe — and now she’s been nominated again for Chloe Zhao’s hybrid non-fiction-drama Nomadland. The unusual picture follows McDormand as a transient widow, navigating the American Southwest from her van after losing her job. McDormand has already won a BAFTA for this recent performance. And who knows what Sunday night might bring?