How Frances McDormand’s Oscar Was Stolen at an After-Party 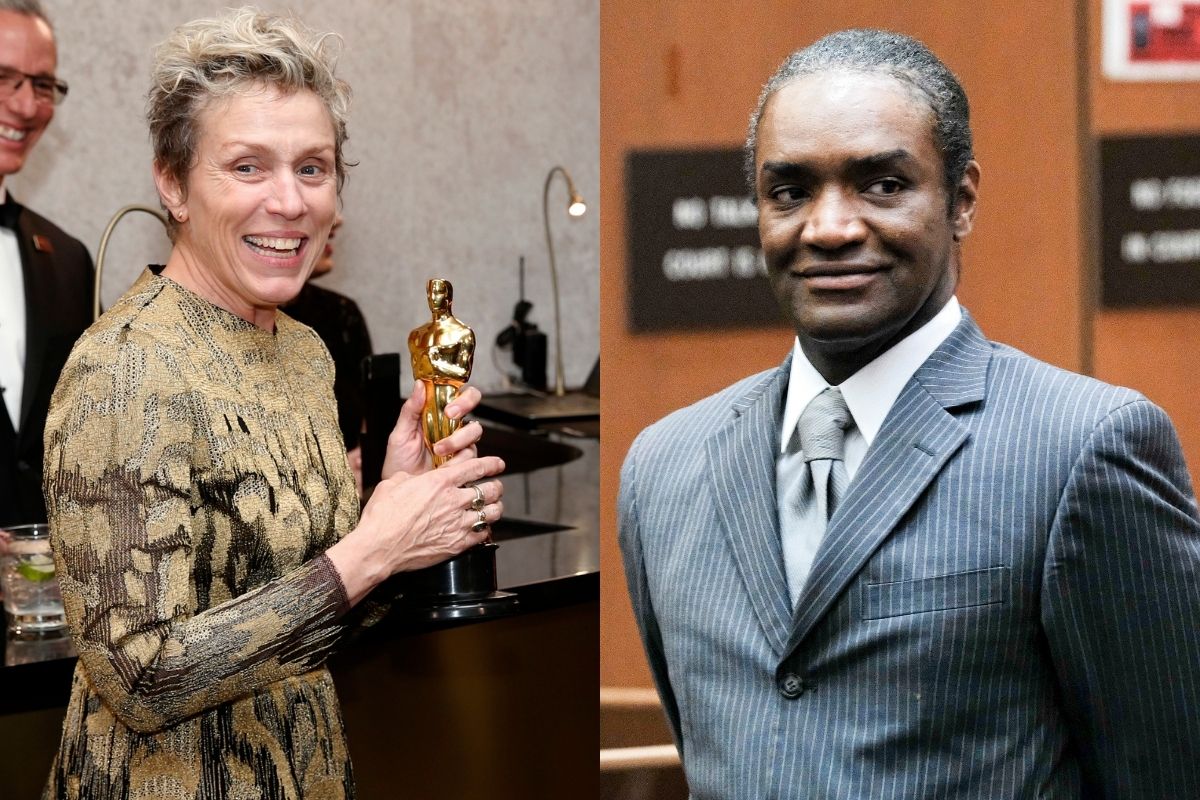 Last night’s Academy Awards left many viewers missing the glitz, glamour, and drama of a standard ceremony. Between having no host and the small, socially distant audience, this year’s Oscars were a humorless affair tinted by the pandemic and characterized by virtue signaling and lengthy acceptance speeches. The best picture category, rather than coming last, occurred before the best lead acting categories were announced. Most expected this was meant to close out the show with an extended Chadwick Boseman tribute; the late actor was favored to win best actor. Instead, the 83-year-old Anthony Hopkins won for The Father in a surprising upset.

Preceding that memorable non-moment (Hopkins was not even present to accept his award), Frances McDormand won her third Academy Award for her starring role in Nomadland. (The unconventional drama swept, winning best picture and best director for Chloe Zhao.) McDormand won her first best actress Oscar for Fargo back in 1997 and again in 2018 for Three Billboards Outside Ebbing, Missouri. So as Oscars 2021 passes with little fanfare, let’s take a moment to remember the intrigue surrounding McDormand’s 2018 win… when her Oscar trophy was stolen away at a Hollywood after-party.

The Theft of Frances McDormand’s Oscar

“She was robbed!” is something you might expect to hear when an actress did not win. But in the case of Frances McDormand at the Governors Ball Oscars after-party in 2018, it was literally true. On that fateful Sunday night, the movie star walked the red carpet, won her big award, delivered a unique acceptance speech (watch below), and then left to attend the lavish Governors Ball with her son. Movie star business as usual. Attending the annual Governors Ball is mandatory for Oscar winners since it’s where their gold statuettes are personalized at an engraving station. The soirée typically takes place just a few floors above the Oscars themselves, at the Dolby Theatre.

Press coverage of the event is generally limited, but you can check out cute footage of McDormand and her son Pedro, above, as McDormand’s trophy was personalized. And not long after, that coveted prize went missing. A photographer working for Wolfgang Puck — the celebrity chef who always caters for the event — then noticed an unfamiliar man leaving the area with an Oscar. So he did what any photographer would do: he snapped a pic. See below.

Security at the Governors Ball are looking for this guy, who grabbed Frances McDormand’s Oscar and ran out with it. Wolfgang Puck’s photographer stopped him, got the Oscar back, and the guy disappeared back into the ball. Apparently Frances has said to let him go. #Oscars #Drama pic.twitter.com/5tlsx4Ulwt

According to New York Times reporter Cara Buckley, the photographer then took the Oscar directly from the man without further complications. It was promptly returned to McDormand. Her spokesperson, Simon Halls said: ?After some brief time apart, Frances and her Oscar were happily reunited. They celebrated the reunion with a double cheeseburger from In-N-Out Burger.?

That same night, a man named Terry Bryant posted a video on Facebook captioned ?My Oscar baby.? In it, a tuxedo-clad Bryant said, “Sup babies, look, my team got this tonight. Who wants to tell me congratulations? This is mine. We got it tonight, baby!? Bryant was then arrested by Los Angeles police on charges of felony grand theft.

Thanks to a photographer who not only has a sharp eye for pics, but also for thievery, Terry Bryant was arrested for stealing an #Oscars trophy during last night's Governor's Ball pic.twitter.com/VhRnf9xbVl

Bryant was being held on $20,000 bail but in August 2018, the charges were dropped. McDormand reportedly had no interest in pursuing the matter legally, leaving any further prosecution up to the District Attorney’s office. But pursuing a felony charge over the briefly stolen Oscar would have likely been difficult without testimony from McDormand.

As for his defense, Bryant insisted that he’d simply been trying to take photos with the trophy as others had allegedly been doing. “It was all completely blown out of proportion,” he said. Upon his release from prison, Bryant’s lawyer Daniel Brookman told reporters: “I’d like to thank the Academy.”

WATCH: Frances McDormand Once Auditioned For Her Future Husband