He Did It His Way: The True Story of Frank Sinatra 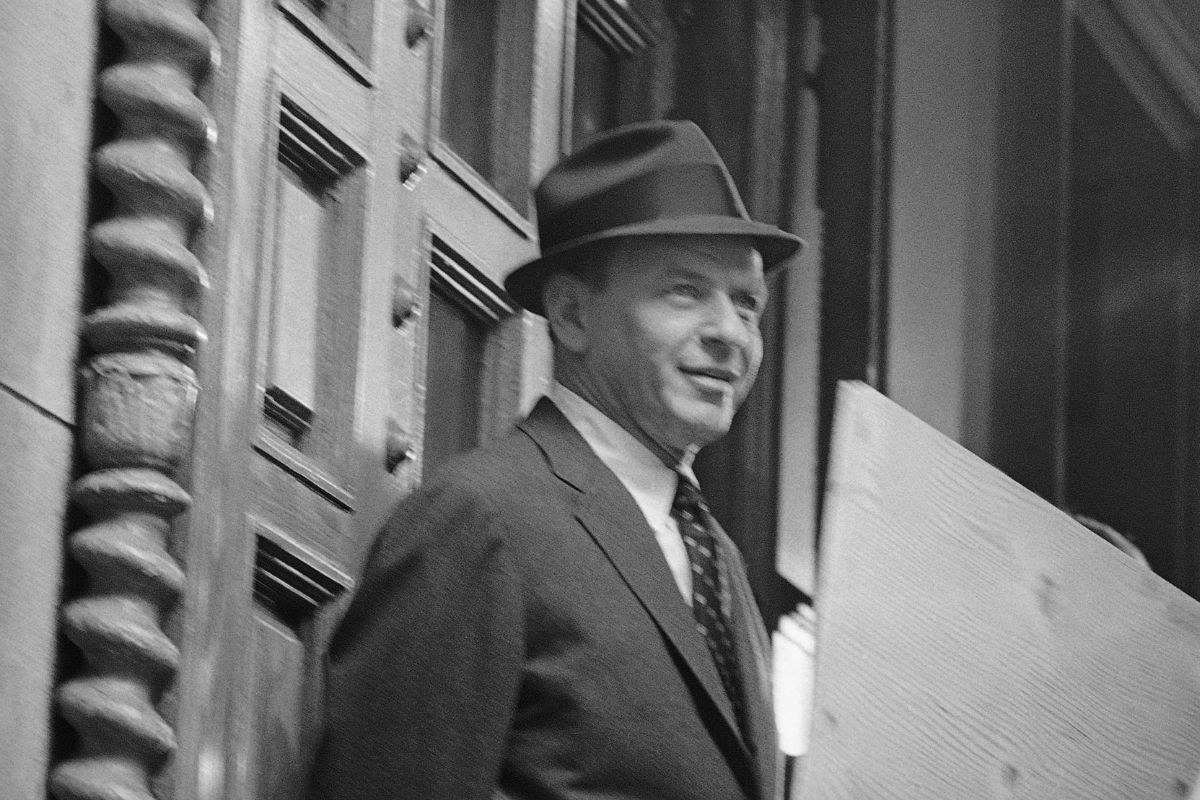 With his smooth baritone and a reputation equal parts tough guy and sensitive soul, Frank Sinatra enjoyed over 50 years in the spotlight before his death in 1998. The legendary singer, nicknamed ?Ol? Blue Eyes?, became one of the 20th century?s best-known entertainers, finding fame on both the stage and the silver screen. But off-stage and offscreen, his personal life was rife with struggles and heartbreak.

Francis Albert Sinatra was born in Hoboken, New Jersey in 1915 to two Italian immigrants. He was first inspired to pursue music in high school after watching Bing Crosby perform. Starting off as a nightclub entertainer, Sinatra attracted the attention of bandleader Harry James, who signed Frank to a two-year contract to perform alongside him in 1940, after which Sinatra decided to strike out on his own.

He soon found success on the charts as a solo performer. A punctured eardrum had kept Sinatra out of World War II, but he still credited the war for the early popularity of his singing career?to audiences, he appeared a stand-in for every young American sent off to war.

In 1943, his show business career expanded into film. The big band legend would go on to have an illustrious Hollywood career, even as his musical success waned in the post-war years. His role in 1953?s From Here to Eternity?a role that won him an Oscar?rekindled public interest in the entertainer. Other critically acclaimed performances included The Man With the Golden Arm in 1955?which received an Academy Award nomination?and The Manchurian Candidate in1962.

In the early ?60s Sinatra founded the famous Rat Pack, alongside core members of Sammy Davis Jr., Peter Lawford, Dean Martin, Joey Bishop, and (of course) Sinatra. Throughout the decade, the gang starred in films and performed in Las Vegas together.

It was during the renaissance Rat Pack years Sinatra scored his first Billboard No. 1 hit with 1966?s ?Strangers in the Night,? which also won him a Grammy. Another chart-topper came in 1967 with ?Something Stupid,? a duet with his daughter Nancy. ?My Way,? released in 1969, would reach No. 2 on the charts.

Nancy Sinatra was the daughter of his first wife, also named Nancy Sinatra (formerly Nancy Barbato), who gave birth to his two other children Frank Sinatra Jr. and Tina, before their divorce in 1951. Frank Sr. remarried three times?first to actress Ava Gardner, then Mia Farrow in 1966, then finally Barbara Blakely Marx (now Barbara Sinatra), ex-wife of comedian Zeppo Marx in 1976.

In the 70?s Sinatra briefly retired, only to return in 1973, the year he also performed at Richard Nixon?s White House. His success remained consistent throughout the 90?s, when he gained new fans with his popular album Duets.

He delivered his final performance in 1995 at California’s Palm Desert Ballroom. In 1998, he had his second heart attack, passing away at Cedars-Sinai Medical Center in Los Angeles at the age of 82. In 2010, the biography “Frank: The Voice” would detail the life and career of an entertainer who spent half a century on top, doing things his way.