Vampire of Hanover: The Butcher Who Carried Out More Than 24 Murders 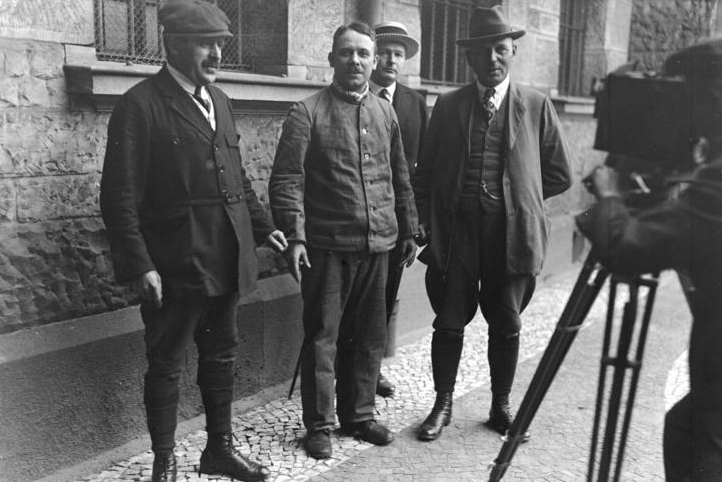 Hanover’s vampire, better known as Fritz Haarmann, was a german Serial Killer that scared the wits out of people with weird vampire bites into their neck. He killed nearly 30 people before he was arrested in 1924.

At An Early Age

Fritz Haarmann was born in 1879 to an already strange family. His father was known as “Sulky Olle,” and his mother was considered an invalid. There were six children in total; Fritz had his own set of hobbies: getting dressed up in dressed, playing with dolls, and never making any other male friends.

At the age of 16, Sulky Olle sent his son to boarding school in Breisach, a city in Germany. He was sent back home, however, because he started showing signs of epilepsy. When he returned, he worked at his father’s cigar factory. The factory is where he committed his first sexual assault against another man, a crime he was sent to a mental institution. He escaped across the border and into Switzerland.

In Switzerland, he was engaged to a woman named Erna Loewert. However, he left her pregnant when he was required to complete military service in 1900. He was both hospitalized and discharged from the military due to his epilepsy. In the future, Haarmann ramped up his criminal career committing crimes like burglary. For this, he was sentenced to jail for five years in 1913 and was thus able to avoid World War I.

In prison, he fell in love with a young man, claiming to be a pimp, Hans Grans. When they both got released, they lived together. In need of money,  Haarmann got a job as an informant for the Hanover police. He was also a black market butcher and an occasional smuggler.

In 1918, he committed his first murder. He murdered a teenage missing boy Friedel Rothe, who had run away from home. Haarmann’s name came up to the police when Rothe’s father reported his son missing and noted that Haarrmann was close with his son and had a reputation for taking teenage boys to his apartment for ‘fun.’ Officers were skeptical to look and investigate one of their helpers, but they did. The search did not yield Friedel Rothe. However, they did find Fritz Haarmann in bed with t thirteen-year-old boy. They arrested him for indecency with a minor.

By 1919 he spent time lurking at local railway stations seeking out teenage boys to take back to his apartment. At the time, many children were leaving home due to World War I’s economic downturn, so all he had to do was offer them food and drink and a little bit of company. Too many accepted. After they were fed is when he would strike- literally. Haarmann’s victims would be killed when Haarmann bit them near their adam’s apple and through their windpipes in what he called a “love bite.” After his guests were dead, he proceeded to assault their bodies, followed by dismemberment sexually, and grind the flesh and sell it as beef or pork. The remains were dumped into the Leine River. Once news of his murders was discovered, he would become known as Hanover’s butcher, the wolf-man, the vampire of Hanover, and even as a werewolf. But, until that time came, he continued with his crimes for six years. He is believed to have murdered over 50 boys, often letting his lover Hans Grans choose the victims from a sea of young male commuters. They would sell the missing boys’ clothes and possessions or give them away to friends.

The Leine River washed up multiple skills in May of 1924 and was discovered by children playing nearby. When more human bones and skulls appeared, the river was dragged, and the bodies of over twenty young men were found. Haarmann’s reputation from bringing young boys back to his apartment again rose his name to the top of the list. Seeing as he was an informer for Hanover Police, the division was “deemed unfit to investigate him** DIS QUOTE REPHrase. Outside detectives were brought in to investigate him. Inside Haarmann’s apartment, they found hundreds of clothing items and walls to ceiling painted with blood. They arrested the butcher of Hanover immediately. Although Haarmann claimed that he might have killed fifty to seventy, only about twenty-seven of Haarmann’s victims were found. Haarmann appeared in court and was quickly sentenced got decapitation by guillotine. His accomplice, Hans Grans, was sentenced to life in prison.

Afterlife… But For Science:

Fritz Haarmann’s head was given to the Gottingen Medical School, where it was preserved in formaldehyde. In 1925, Haarmann knew victims’ remains were buried together in a grave in Stöckener Cemetery.