Perez Hilton thinks pregnant Kylie Jenner “should have had an abortion” 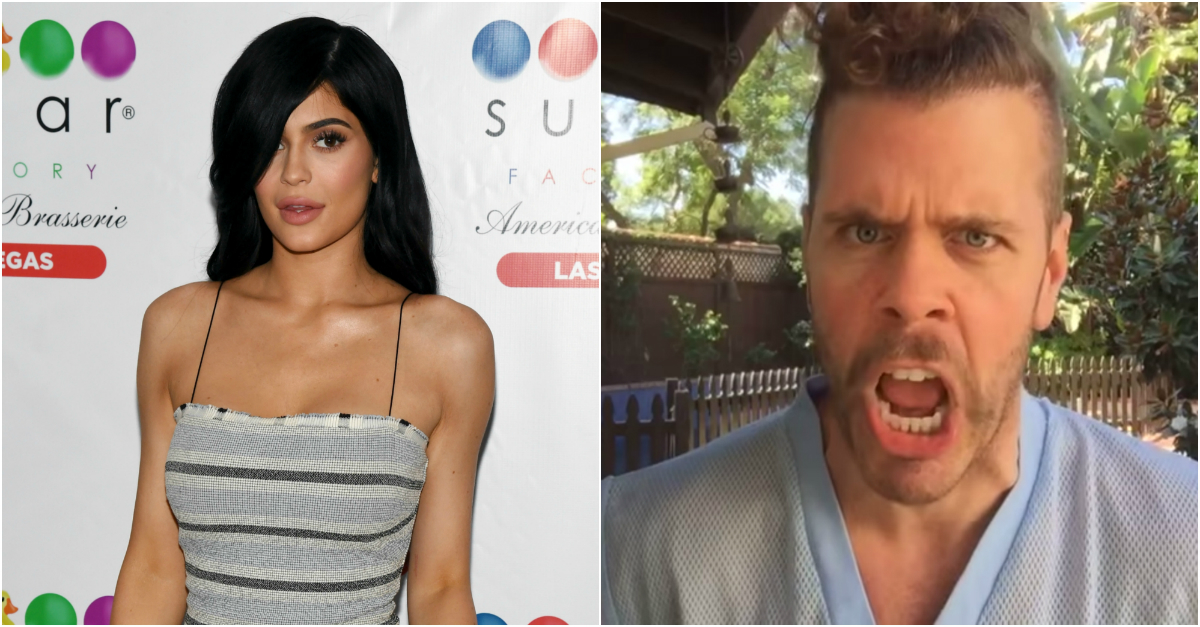 Perez Hilton thinks that pregnant model/television star Kylie Jenner should have had an abortion. In a video uploaded to his personal YouTube account on Friday, Sept. 22 — before the 20-year-old’s pregnancy was confirmed — the showbiz blogger made his opinions very clear.

“Ring the alarm! Ring the alarm! Oh, my God. I needed to get on here instantly to let you know directly from me that Kylie Jenner is 99 percent pregnant. I say that because TMZ is reporting that Kylie is pregnant, and of course, there is the possibility that they are wrong, but however, I would say their track record is usually pretty accurate,” he told his viewers at the start of the video.

He then made a prayer sign with his hands and continued, “I’ve just got to do a slow clap, a slow clap for Kylie Jenner. She knows how to work it. She is the new Kim Kardashian. I don’t care about any of them other bitches right now, Kylie Jenner has just one-upped everybody. In case you haven’t been paying attention, Kylie Jenner has been dating rapper Travis Scott for what, um, 5 months, 6 months?” he said, before incorrectly stating Jenner’s age. “And also, a reminder Kylie Jenner is 19 years old. Um, I love life, I love babies. If I were Kris Jenner, I would tell that girl to get an abortion!”

Hilton went on to claim that Jenner and her boyfriend rapper Travis Scott were “not going to last,” then adding, “They’re having a baby, and they barely know each other!”

Hilton later doubled down on his statement on Twitter:

I KNOW I'm the best father dad! If my daughter was as unready & young as Kylie, I'd tell her to get an abortion too! https://t.co/gcSmMbmQ90