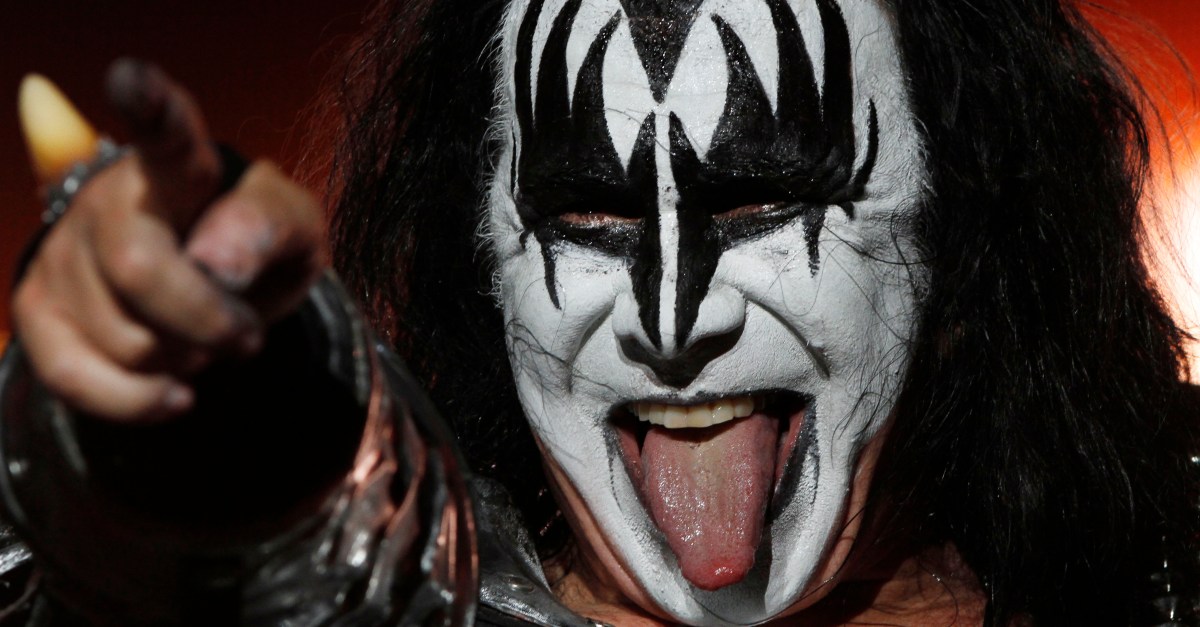 Rocker Gene Simmons shared some eyebrow-raising comments about how women can get ahead at work — and having kids isn’t one of them.

The 68-year-old Kiss front-man told the New York Post that working and being a mom don’t go hand in hand.

“Get over your biological urges,” Simmons said. “It’s natural to want to have kids, but, sorry, you can’t have it both ways. You have to commit to either career or family. It’s very difficult to have both.”

The controversial statement was only one of things the bass player preached during an interview about his upcoming book, “On Power: My Journey Through the Corridors of Power and How You Can Get More Power.”

He also shared that women who forwent offspring could get an extra leg up in their careers by using their sexuality to manipulate the men around them.

“Women have a choice,” he told The Post. “They can dress in potato sacks, [but] as soon as they pretty themselves up with lipstick, lift and separate them and point them in our general direction, they’re gonna get a response,” he said. “Guys are jackasses — we will buy them mansions and houses … all because of sex.”

With a net worth of $300 million from several musical and business ventures — the former reality star also owns restaurant chain Rock & Brews — Simmons considers himself a man of great entrepreneurial prowess. His book is meant to showcase his business insights on how the average person can get ahead.

One of his biggest arguments seems to be that people who claim not to care about power and money aren’t telling the truth.

He told the Post, “I’ve met losers in my life who’ve said, ‘I just need enough to get by,’ but they’re lying to themselves.” The rocker, who came from a humble New York upbringing, also shared that more poor people should be grateful that people like him have money.

“If it wasn’t for the rich, there wouldn’t be jobs for people. There’d be no philanthropy. There’d be nothing,” he said. “A poor person never gave me a job. The American dream is not only alive, but it’s better and stronger than ever.”

RELATED: Gene Simmons believes that celebrities should “shut their pie-holes” when it comes to politics

Simmons is no stranger to controversial statements. In the past, he has railed against everything from the depressed (“F**k you, then kill yourself. I never understand, because I always call them on their bluff.”) to his old band members (“Both of these guys had three chances to be in the band, and three times they f****d it up.”) so it’s no surprise that working women are next in line to take a hit.

But as he says to the Post, he simply doesn’t “give a f**k what anyone thinks” about his contentious statements.