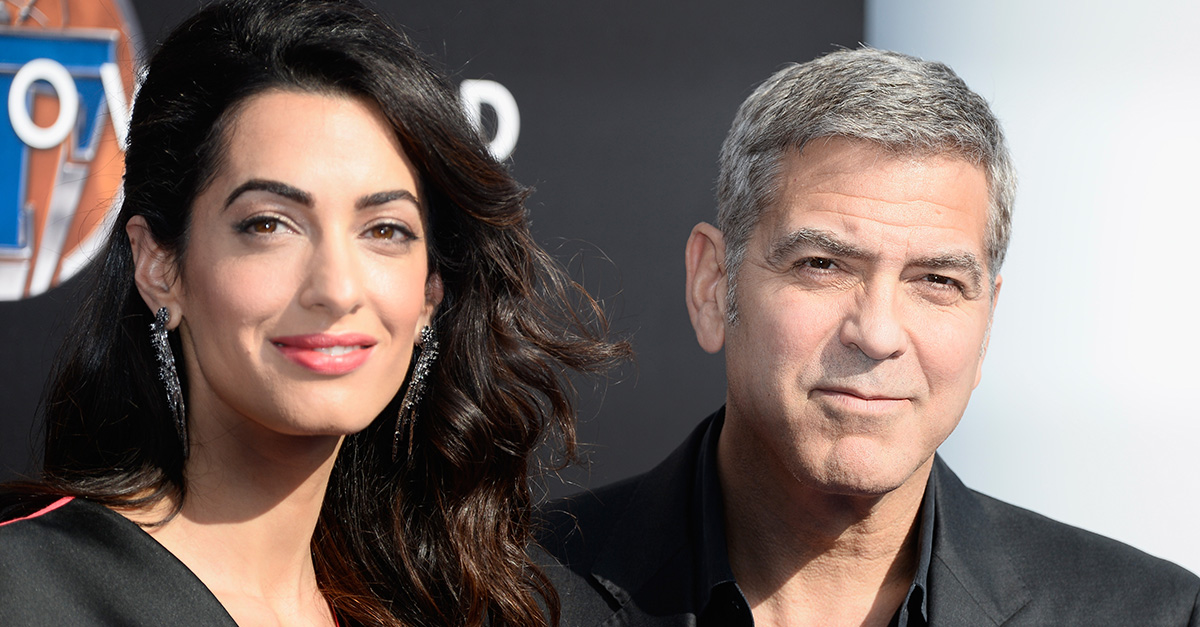 George and Amal Clooney have this parenting thing down pat just six months after welcoming twins Ella and Alexander.

The proud parents reportedly handed out noise-cancelling headphones to fellow first class passengers on a flight back to the United Kingdom, according to Page Six.

“On a trip home to the UK with his twins, gave all the first-class passengers noise-canceling headphones,” a source told the publication. The headphones even carried the logo of Clooney’s tequila brand, Casamigos. The couple also included a note “apologizing ahead of time” in case one or both of the twins got fussy on the flight.

“Even Quentin Tarantino, who was on board, wore the headphones,? the source said adding that Ella and Alexander “didn’t make a peep!”

RELATED: George Clooney finally ?introduced? the world to his babies ? and their famous male nanny

The couple welcomed the twins in June after nearly three years of marriage.

In September, the actor opened up about being a first time dad. “[I was surprised] how much I thought I had in control and how little control I actually have,? he told PEOPLE at the Toronto International Film Festival at the time. ?I have none! I think everybody quickly realizes that.?

Unlike other celebrities, the Clooneys kept things traditional when it came to naming their children. In an interview with Entertainment Tonight, George revealed how they came up with the names.

“We figured these kids are going to be looked at a lot and watched and [have their] every move sort of judged, and we wanted them to at least have a break with the names. So, we looked for some sort of normal names. We didn?t have any great inspiration. It wasn?t Alexander the Great and Ella Fitzgerald,” he said at the time.

?They start out with a personality right off the bat. [Alexander] is a thug already,? Clooney said of his son. ?He?s a moose! Literally, he just sits and he eats.?