The world got a small glimpse at George and Amal Clooney’s newborn twins on Wednesday, as the couple and their children, Alexander and Ella, exited a plane in Italy.

They were spotted arriving in Milan in a private jet, marking the first time they’ve been seen in public with their new bundles of joy. George carried one bassinet presumably holding one twin as he descended the plane’s stairs, while Amal held the other twin in a matching bassinet.

The Clooney’s welcomed their twins in early June and have been keeping the babies out of the public eye until now.

“He’s so happy right now […] Just in life in general and having those kids, you know, it’s an incredible feeling for him,” Clooney’s business partner business partner Rande Gerber said. “I did see the babies, Cindy and I went to London and went to the house and spent some time with them. The kids are the perfect mix of George and Amal. I mean, they really are so cute!”

Amal’s mother echoed that sentiment, telling PEOPLE, “Oh my God, they were so beautiful, so happy, so contented. You just look at them and you feel like they’ve been a mother and father for their whole lives.”

RELATED: A relative of George and Amal Clooney gushed that she is a “magnificent mom” to twins Ella and Alexander 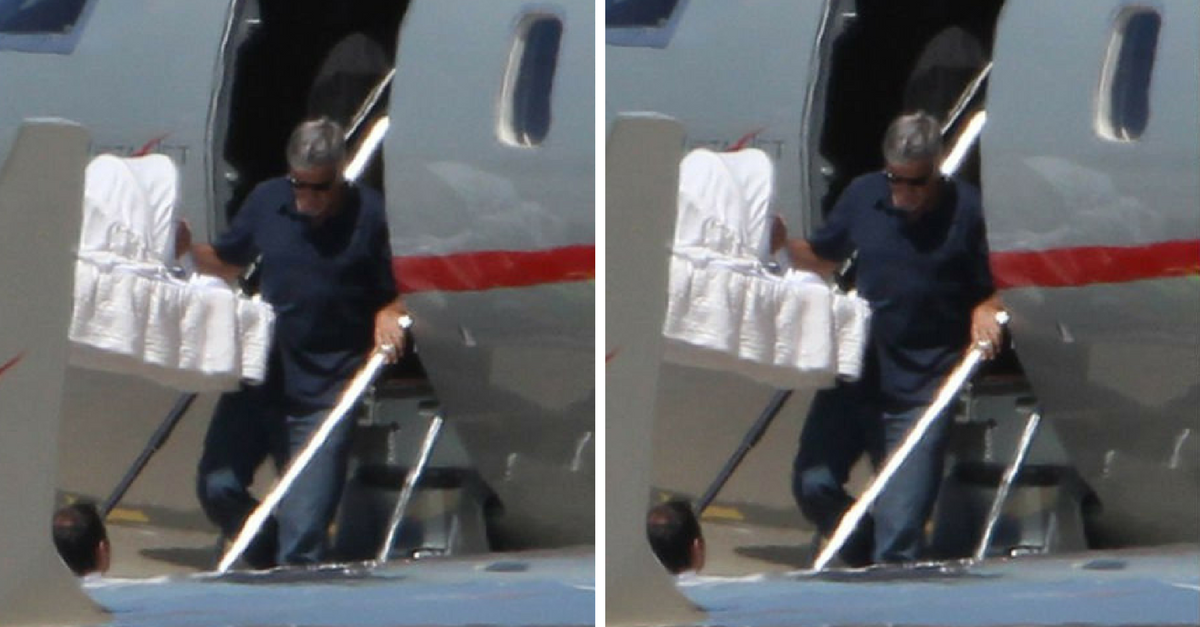