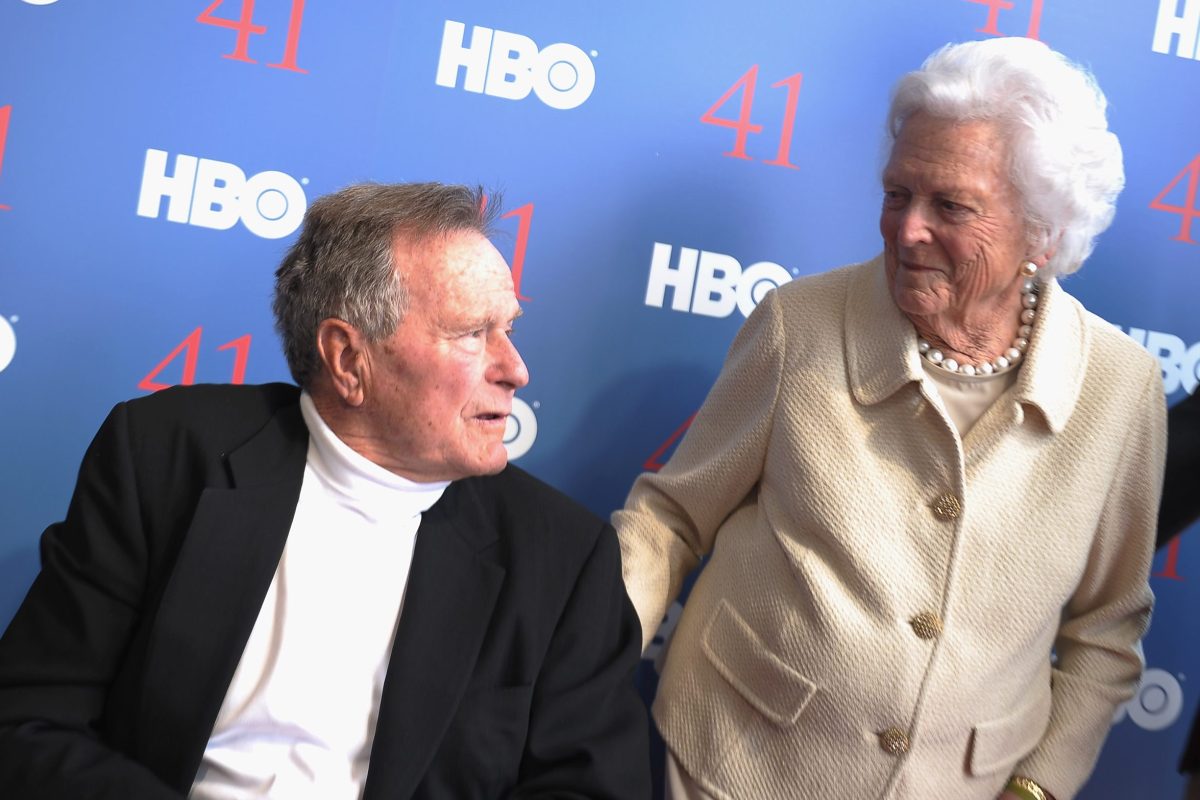 Former President George H.W. Bush and former First Lady Barbara Bush shared some incredible throwback pictures of themselves, and they want you to try not to laugh when you see them.

“Our sincere thanks to @StephenAtHome for his kind donation to #OneAmericaAppeal,” the 41st president tweeted to thank late night host Stephen Colbert for his recent #PuberMe initaitive to raise money for hurricane relief. “Here are two more for the file. No laughing rule in effect!”

Our sincere thanks to @StephenAtHome for his kind donation to #OneAmericaAppeal. Here are two more for the file. No laughing rule in effect! pic.twitter.com/x5Q8bLFvE8

Shortly after the tweet, Colbert responded to reassure Bush he need not worry about people laughing.

“No laughing, we promise!” he wrote on Twitter. “Fantastic additions to the #PuberMe honor roll, thank you @GeorgeHWBush!”

Colbert first shared an awkward photo of himself from his teenage years as part of his initiative to raise money for Puerto Rico after Hurricane Maria. For every celebrity who does the same, The Stephen Colbert Americone Dream Fund will donate $1,000 to the One America Appeal. His fellow comedian Nick Kroll has also pledged to match the donations.

So far, One America Appeal has brought together all five living former presidents, Jimmy Carter, George H.W. Bush, George W. Bush, Bill Clinton and Barack Obama, to help those suffering in the wake of recent hurricanes. On Thursday, former president Clinton shared his own awkward photo.