While speaking to “Entertainment Tonight” alongside Matt Damon about their upcoming film “Suburbicon,” George Clooney got candid about how fatherhood has been treating him since the June arrival of his and wife Amal’s twins.

After Damon joked that Clooney has been a “mess” of a father since Ella and Alexander were born, Clooney agreed, saying, “It’s true. He’s got me. I’m a mess. But [Amal] is like an Olympic athlete. You’ve got two kids, you’re breastfeeding like crazy. I’m very good, by the way, at diaper changing.”

RELATED: George and Amal Clooney made a huge donation in the wake of Charlottesville violence

“This is an all-new adventure for me, but I’ve been through it with all my friends, so it’s not really that much of a surprise,” he continued. “[Fatherhood] has made me much older. It doesn’t fundamentally change you, but I’m excited to see who these two people are going to be in life. I’m very proud to be [a dad]. I feel honored to be a part of it.”

Going from Hollywood’s most desired bachelor to a married father of two in just two short years, Clooney says he never thought his life would take that path.

“Honestly, I didn’t think I’d be married with two kids!” he said with a laugh. “The world changes! I love being here [in Venice, where he married Amal]. It’s a magic, improbable city.”

RELATED: George and Amal Clooney are already defending their twin babies after filing a lawsuit on their behalf 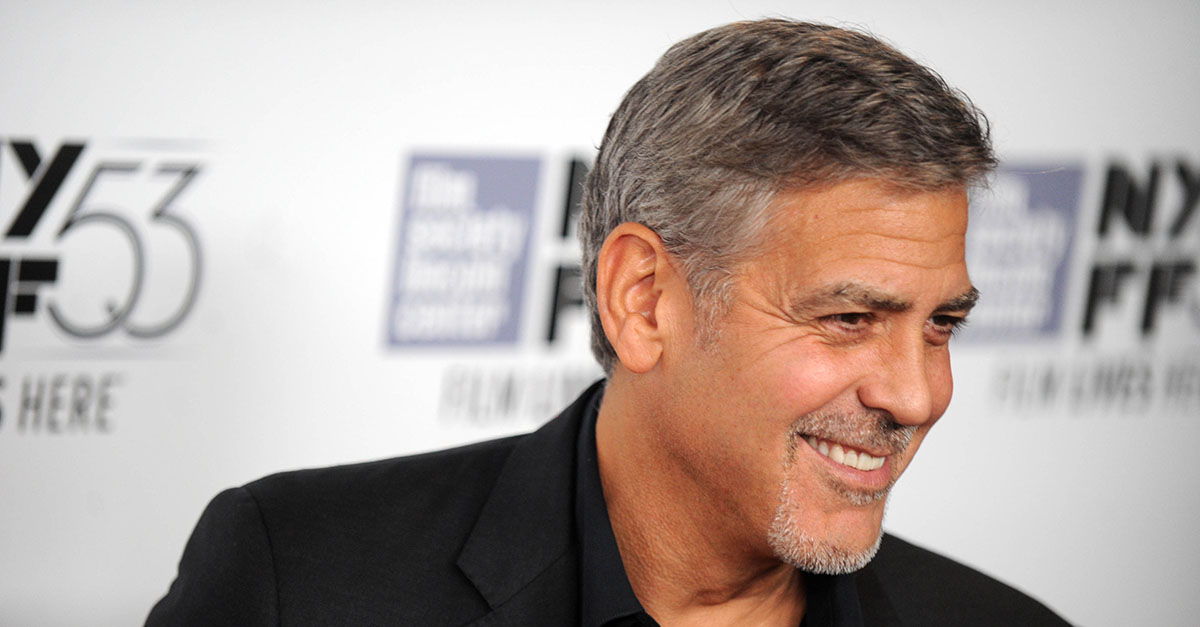