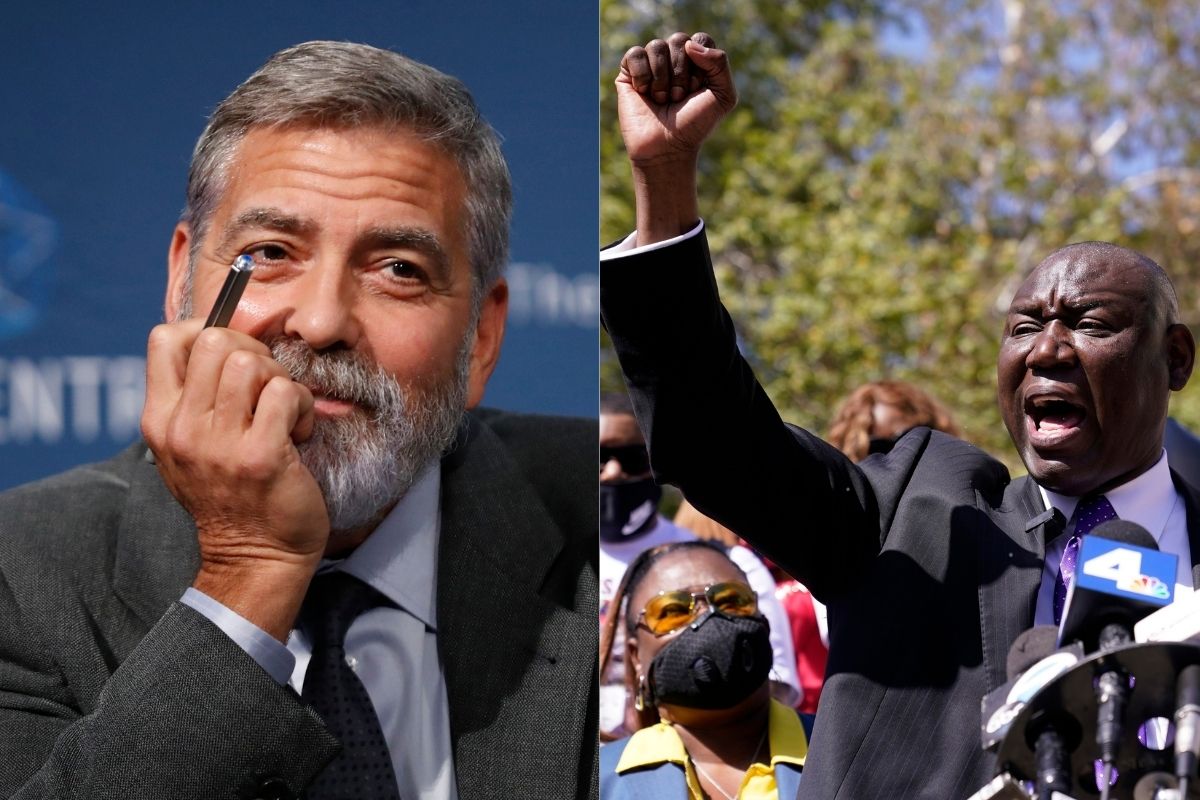 George Clooney is as passionate about humanitarian work as he is acting. The philanthropist has actively organized issues like gun control, LGBTQ rights, the Syria conflict, the Darfur conflict, and more. So when Clooney spoke out following the death of George Floyd last summer, fans expected his strong stance against the violence of law enforcement. But it turns out Clooney has done more than just penning an op-ed: he’s reached out to George Floyd’s lawyer directly, through email, with some blunt advice for the trial.

Oscar-winning actor George Clooney‘s wife Amal Clooney is an internationally known human rights lawyer. But her husband also takes action whenever he can. Last June, in the wake of George Floyd’s death, Clooney published an op-ed in The Daily Beast entitled “America’s Greatest Pandemic Is Anti-Black Racism.” In the piece, written as Coronavirus ravaged the country, he said, “There is little doubt that George Floyd was murdered. This is our pandemic. It infects all of us, and in 400 years we’ve yet to find a vaccine.”

The column called for systemic change. Appearing while mass demonstrations and protests against racism were a daily occurrence, Clooney wrote:

“The anger and the frustration we see playing out once again in our streets is just a reminder of how little we’ve grown as a country from our original sin of slavery. The fact that we aren’t actually buying and selling other human beings anymore is not a badge of honor. We need systemic change in our law enforcement and in our criminal justice system. We need policymakers and politicians that reflect basic fairness to all of their citizens equally. Not leaders that stoke hatred and violence as if the idea of shooting looters could ever be anything less than a racial dog whistle. Bull Connor was more subtle.”

The Murder Trial of Derek Chauvin

The former Minneapolis police officer Derek Chauvin is currently on trial for second-degree and third-degree murder for deadly use of force when arresting George Floyd. Last summer, when footage of Derek Chauvin kneeling on Floyd’s neck in Minnesota went viral, the country erupted into a sad cultural reckoning. Floyd’s final pleas — “I can’t breathe” — were heard around the world. And ever since, the Black Lives Matter movement, police brutality, and racism have dominated our national discourse. Now, as Chauvin’s trial continues, we’ll find out which attitude will prevail in court. Most often, police officers evade punishment in the criminal justice system.

But George Clooney does not want that to happen. As Chauvin’s defense lawyers put forth the narrative that Floyd perished due to drugs in his system, the lawyer for George Floyd’s family must prove — beyond a reasonable doubt — that Floyd indeed died due to Chauvin’s aggressive tactic. Medical professionals have already confirmed, under oath, that Floyd died from a lack of oxygen. But Clooney has another, bolder idea to make the jury understand that.

Last week attorney Benjamin Crump, who represents George Floyd, appeared on The View to discuss the emotional trial. Speaking to Joy Behar, Crump revealed that Clooney — who remains passionate about the cause — reached out directly through email, writing:

“Attorney Crump, you should tell them if Derek Chauvin feels so confident in that, he should volunteer during his case, to get down on the floor in that courtroom, and let somebody come and put their knee on his neck for 9 minutes and 29 seconds and be able to see if he can survive.”

It seems highly unlikely that Crump would take his advice. (Additionally, it’s state Attorney General Keith Ellison who is leading the prosecution.) But it’s a chilling request to imagine. Clooney’s point puts into perspective just how dangerously reckless Chauvin was. There is no way in hell that the disgraced officer would ever agree to be kneeled on for over nine minutes.