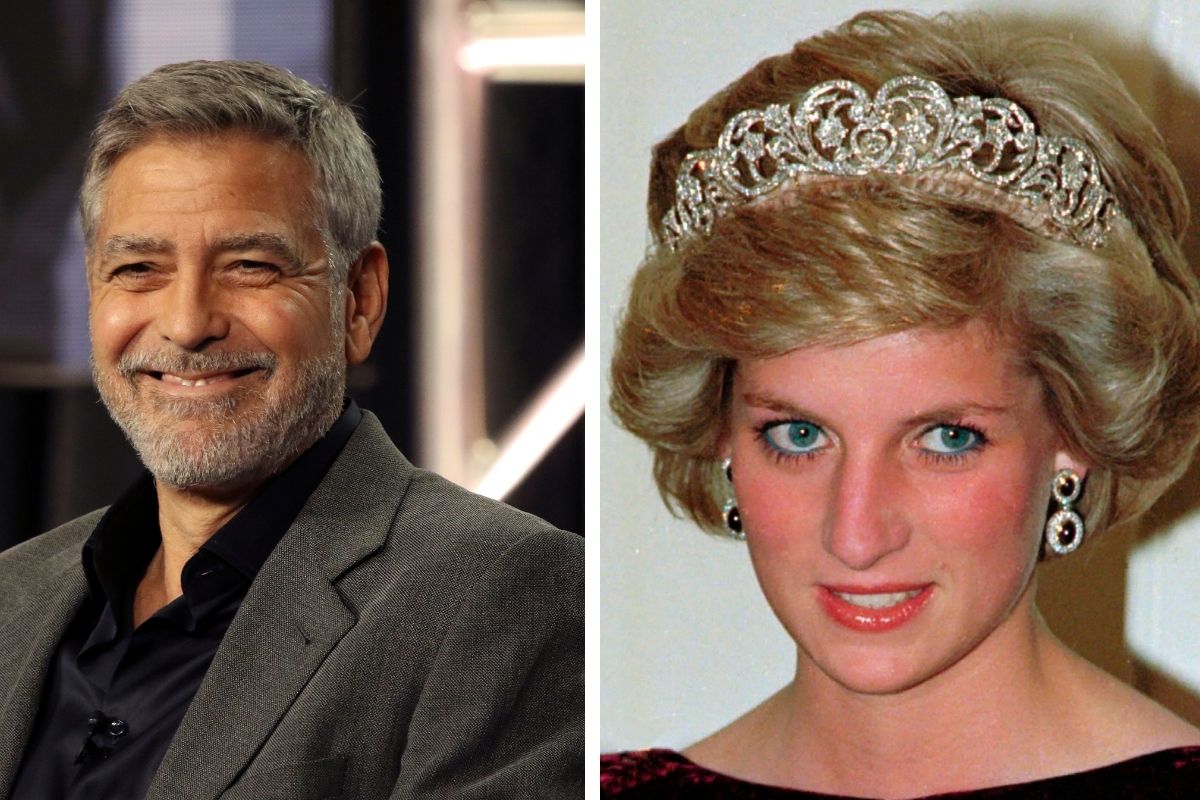 It began as a joke regarding a typically wild Hollywood rumor. Actor George Clooney was talking to the Australia’s Who magazine in February of 2019 about his Hulu comedy series Catch-22 when the interviewer asked him to confirm or deny the rumor that he would be godfather of Prince Harry and Meghan, Duchess of Sussex’s royal baby on the way. (The baby, Archie Harrison Mountbatten-Windsor, was born on May 6, 2019.) Clooney responded “Oh yes, I’ll be the godfather of the royals apparently,” before shutting it down with an emphatic “No!”

Clooney went on to joke “I’m the father of twins, I have enough sh – – to deal with—literally,” referring to his children, Alexander and Ella, with his wife Amal Clooney. But it wasn’t all quips and laughs. At the time of the interview, Meghan Markle had been getting lots of negative attention due to a British tabloid leaking a letter she had written to her father, Thomas Markle, asking him to “to stop his “painful attacks” on her new husband, Prince Harry,” per The Sun.

Clooney went on to point out to Who the ways in which the media was hounding and mistreating Meghan Markle and compared it to the negative attention and stalking endured by Prince Harry’s mother, Britain’s Princess Diana: “I do want to say, they’re just chasing Meghan Markle everywhere, she’s been pursued and vilified. She’s a woman who is seven months pregnant and she has been pursued and vilified and chased in the same way that Diana was and its history repeating itself. We’ve seen how that ends.”

Princess Diana died in 1997 from injuries sustained in a car crash that occurred while the Princess of Wales and her partner Dodi Fayed were chased through a Paris tunnel by paparazzi. At the time of her death, George Clooney was just becoming the A-lister and household name he is to this day, having starred on the medical drama ER for three years and playing the part of Batman in the 1997 movie Batman and Robin.

George Clooney Spoke Out Against Tabloids and Paparazzi In 1997

According to Vogue, Clooney and Diana never met, but Clooney considered them “kindred spirits,” as he was also subjected to high-speed chases involving paparazzi stalking him and invading his privacy. In a 1997 speech made to a group of reporters gathered outside the Screen Actors Guild offices in Los Angeles, California, Clooney angrily asked:

“Princess Di is dead, and who should we see about that? The driver of the car? The paparazzi? Or the magazines and papers who purchased these pictures and make bounty hunters out of photographers? If you weren’t hiding behind the profession of journalism, you would be an accomplice to a crime, and you would go to jail.”

He went on to specifically call out Steve Coz, then the editor of perhaps the most infamous American tabloid, the National Enquirer: ““What ethics! Your cover of your magazine this week says, ‘Di Can‘t Get Enough Sex.’ It’s on the stands still. I also watch as you take your position on CNN, saying as long as there is a market for this, that you are just supplying the goods.”

It’s obvious that Clooney has been concerned about the harmful behavior of social media, the tabloids, and paparazzi as well as their unfair treatment of women that fail to live up to the sky-high expectations of London’s royal family for quite some time. The topic has once again been in the public consciousness as of late due to Harry and Meghan’s March 2021 interview with Oprah Winfrey. The couple revealed the ways in which the treatment of Meghan by the British press as well as certain members and employees of the royal family before and since their royal wedding in 2018 led them to step down from their official duties, leaving Windsor Castle and Kensington Palace behind for their new home in Los Angeles, California.