Fans of “The View” better get ready to bid Paula Faris adieu.

According to Page Six, Faris was given the boot from the show before its new season begins in the fall.

“ABC News was hoping [Paula] would bring a more conservative perspective to the show because she’s a conservative Christian. But she doesn’t own her opinions and the audience never connects with anyone who’s pretending,” a source revealed.

After doing a market research study, the network apparently learned that viewers of “The View” didn’t really like Faris.

“ABC News did research and Paula scored some of the lowest numbers ever that the network had seen,” the source continued.

RELATED: Watch the co-hosts on “The View” scramble to fill dead air time after someone signs off early

Another source also chatted with the tabloid about Faris’s departure, saying, “I haven’t heard anything about any research. She works hard and everyone loves Paula. She’s a journalist. Her job is to be objective. She was never brought to the table to have the same role as Joy Behar.”

Rumor has it that Whoopi Goldberg is “elated about this,” the insider added. “She has never been a fan of Paula’s. The tension on-air has been so thick you could cut it with a knife. Whoopi never misses an opportunity to bite her head off over any given topic.”

In June, news that Michelle Collins had been removed from the round table surprised fans. Last season, Collins was involved in two controversies that ticked off show executives. She received major backlash in October when she criticized nursing, causing the show to lose advertisers, and Collins also reportedly made fun of Carly Fiorina’s face during her time on the show.

Raven-Symoné is the next rumored host to get the boot, but that hasn’t been confirmed. Meanwhile, fan favorite Sunny Hustin may get a chance to join the round table full time in September. 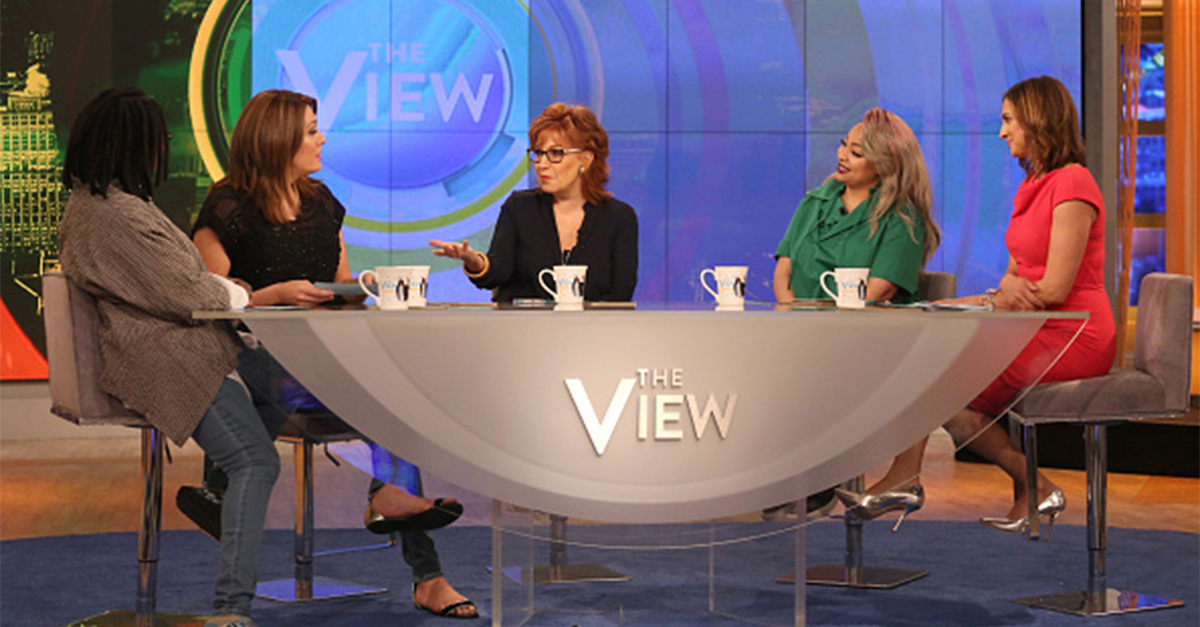