Tonight is the night “Dancing with the Stars” fans have been waiting for: season 25 of the reality dance series kicks off, and by the looks of the latest sneak peek, things are going to be wild!

Season 2 winner Drew Lachey stopped by “Good Morning America” on Monday to tease his brother ahead of the premiere and give fans a glimpse at what is going on backstage.

“I guarantee you, right now they’re starting to freak out. The show is today,” he said. “They’re thinking, ‘Please, just don’t let me go home first, let me remember the steps.’ There’s a lot going on in their heads right now.”

Husband and wife duo Nick and Vanessa Lachey will go head-to-head against each other while partnered with married pro partners Peta Murgatroyd and Maks Chmerkovskiy for the season, and it sounds like the competition is fierce!

“My husband’s with another woman right now, bumping and grinding, and I’m going to have to be OK with this,” Vanessa joked during rehearsals.

RELATED: “TODAY” star Carson Daly is mourning the sudden loss of his mother

As for who will do better in the competition, Drew remained tight-lipped, as another answer would “make for awkward holidays,” but he added that “they’re both going to do well.”

Drew Lachey did say the judges this season are going to have their work cut of for them, with such a diverse cast.

“It’s going to be a tough season for the judges,” he said. “Obviously, Victoria [Arlen] and Val [Chmerkovskiy], her story of coming from the Paralympics to learning to walk again, and now she’s on ‘Dancing With the Stars,’ to Nick and Vanessa and that storyline as well, to Debbie Gibson. You’ve got a lot of people out there with some pretty significant fan bases, and you can’t take for granted the strength of their partners’ fan bases, as well.” 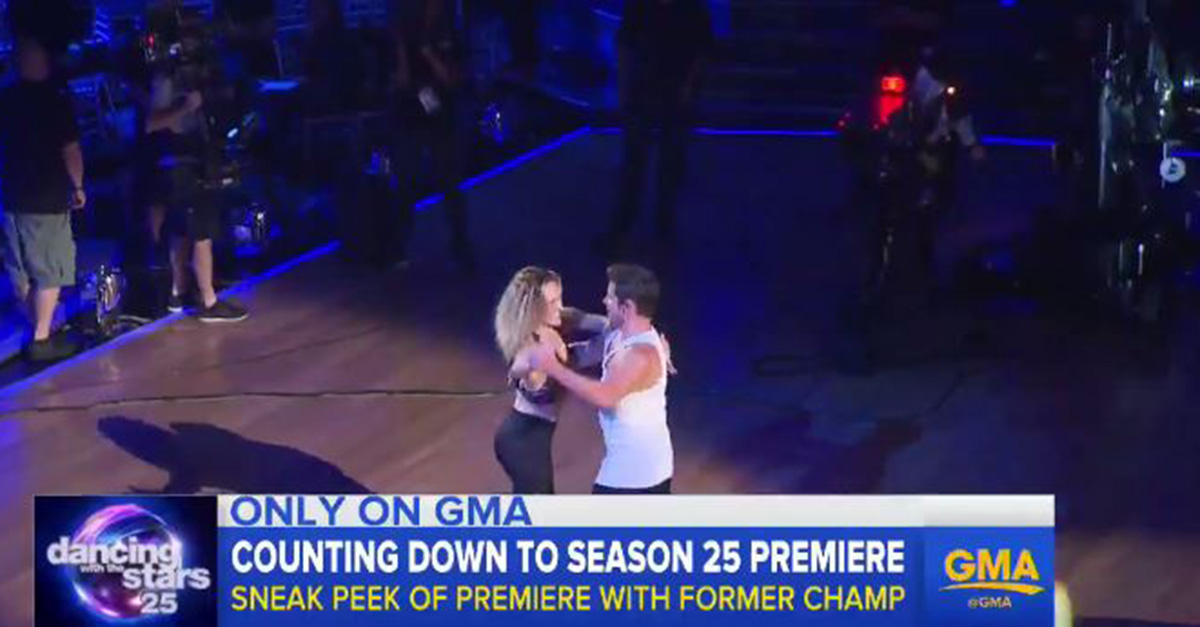