Ghislaine Maxwell Has a Black Eye in Prison 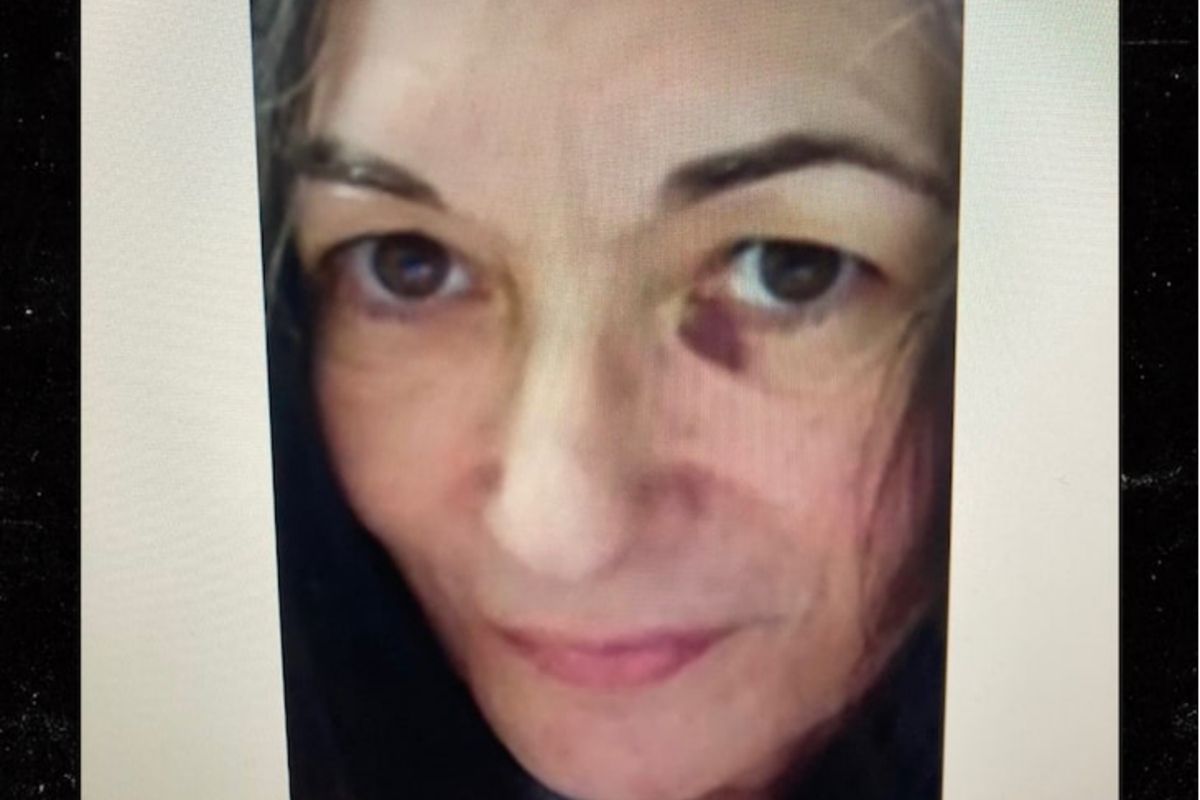 via TMZ
via TMZvia TMZ

Ghislaine Maxwell, the British socialite turned international sex trafficker, is currently being held at the Metropolitan Detention Center in Brooklyn, New York. She’s been denied bail while awaiting trial on perjury and sex trafficking charges for her role in grooming and teenage girls for Jeffrey Epstein’s infamous and illegal prostitution ring.

Now her attorney Bobbi Sternheim has released the first photo of Ghislaine Maxwell in some time. And it’s not a pretty picture.

As the daughter of media tycoon Robert Maxwell, who founded the Daily Mirror, Ghislaine Maxwell was raised in England with a lavish lifestyle. She grew up in a 53-room mansion, attended Oxford University, and maintained a close relationship with her powerful father. But after Robert disappeared from his yacht in 1991, it became clear that he’d been defrauding his company and the publishing empire collapsed.

Ghislaine then moved to New York City where she dated the wealthy financier Jeffrey Epstein for some time. Even after their apparent break-up, they remained close friends and maybe more — the parameters of that unique (and creepy) relationship is still a mystery. Certainly though, Ghislaine was the primary partner in Epstein’s life.

Now that partnership is under world-wide scrutiny as Ghislaine faces charges of sex trafficking in relation to Epstein’s uncovered sex slavery ring. Epstein died mysteriously at Manhattan’s Metropolitan Correctional Center in August of 2019. He was being held there on federal charges for the sex trafficking of minors in both Florida and New York. And though his death was ruled a suicide by hanging, many suspect foul play. Last year, nearly a year after Epstein’s death, Ghislaine was arrested by the FBI for her connection to the crimes. She was denied bail and has been held at the Metropolitan Detention Center for some time.

Now Maxwell’s attorney has released photos of his client, looking battered, as part of a motion to investigate the Brooklyn jail where she’s being kept.

As the photo released by Maxwell’s lawyer Bobbi Sternheim shows, the 59-year-old inmate is suffering from a black eye. Despite assumptions, Sternheim says that this injury is not the result of a physical. Rather, that Maxwell is being targeted by prison guards who shine a flashlight into her eyes throughout the night. He says the purple bruise under her left eye is a result of this rampant flashlight surveillance.

High profile inmates like Maxwell are often moved to SHU, which is a prison’s Special Housing Unit. But Sternheim says a move like that “would be ironic” since Maxwell’s struggles are with the MDC staff, not fellow prisoners. He added that she fears “punitive chores” for speaking out about the treatment.

In response to Sternheim’s court filing, Judge Alison Nathan has ordered that jail officials explain why guards shine a light into Maxwell’s eyes at night. Additionally, she says they shou

ld account for whether Maxwell could have some appropriate eye covering.

The viral photo Maxwell’s back eye has only affirmed that her role in Jeffrey Epstein’s despicable dealings continues to captivate the world. No doubt, more stories about her time in jail will leak out… especially as her trial nears.